Home Music Reviews Album Reviews Gabby Young & Other Animals: One Foot In Front Of The Other... 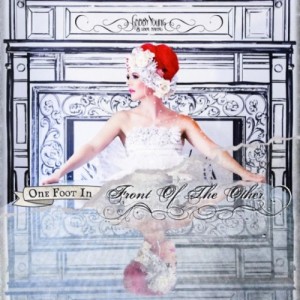 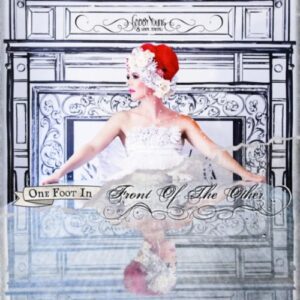 This is good, this is very good. Gabby Young has quite some voice. With a hint of Florence Welch but far better, Gabby expresses emotions and tones with quite extraordinary ease. A voice like this is a gift and to be able to have the insight to combine with some incredible arrangements, makes for entertaining listening.

The album still has the same themes as the previous two albums but the advance in sound and production (from group member Stephen Ellis) is to be savoured. The Devil Has Moved In is a case in point. Great lyrics with an amazing production of music with a European influence – a stunning arrangement, impeccable vocals and intriguing storyline. The sound quality is quite fantastic and is one of the best tracks you’ll hear all year.

In contrast, Fear Of Flying is simplicity personified. Rising with Gabby’s faultless vocals into a modern day torch song it soars higher and higher. Album closer Jessica is calming with voice and guitar only.

There are wild trumpets and brass sounds on Time. Balkan influenced or from the Mardi Gras and Deep South? It’s hard to tell. What is easy to spot is originality and a far amount of bravery too. A recent trip to the Middle East has certainly paid dividends in the progression of the group’s sound.

Lead single, I’ve Improved, has hints of reggae with its Latin/Rhumba overtones and is perfect radio material. Imagine it being played at a carnival with much dancing and cheering.

Where the album does falter is in some of the song’s elongated endings. Back Where We Started is far too long and fades out to almost Hey Jude proportions, and whilst the party atmosphere is fun, it does end up sounding like a cross between a Kia-Ora ad and Dream Academy’s Life In A Northern Town. There are also several poorly chosen rhymes, often predictable and making some of the lyrics sound rushed. They’re minor details.

Overall, the album is a fine collection of songs and styles further demonstrated by the calypso-influenced Back Where We Started and the lovely Smile which does exactly what it says.

With this third album Gabby has again made her mark and hopefully the undoubted critical acclaim that will follow can be turned into even greater success.