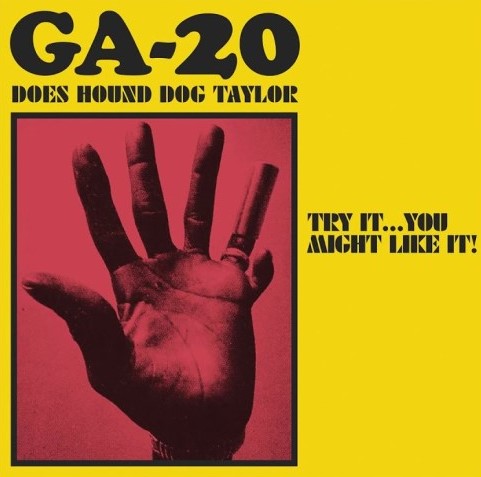 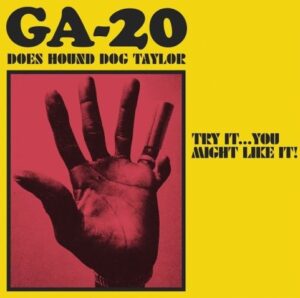 Boston-based heavy blues trio, GA-20, release their second album in tribute to Hound Dog Taylor, using a whole bunch of vintage gear and equipment to recreate an authentic Chicago blues sound. Now 50 years on from the original release of the songs, Ian Corbridge reviews for Louder Than War and is in no doubt that Try It… You Might Like It! should help to bring Hound Dog’s unique musical style into the wider public consciousness.

Blues music comes in many forms and styles, which have developed over so many years since its origins in the deep south of America. At its best, it has a timeless quality, which can generate a raw and emotional maelstrom of feelings that penetrate your soul. Blues is often considered as the root of all music and there is a very clear lineage through rhythm and blues to rock ’n’ roll and onto so much of what we hear today. Indeed, Keith Richards is quoted as saying, “If you don’t know the blues… there’s no point in picking up the guitar and playing rock ‘n’ roll, or any other form of popular music.”

My own journey into the blues was ignited by one of the more obscure albums from the Rolling Stones, Jamming With Edward, which was a jamming session for the Let It Bleed album, recorded in 1969 but not released until 1972. It’s a loose and free session, crucially including an old blues standard, It Hurts Me Too, a song penned by Tampa Red back in the 1930s, but reinterpreted by Elmore James in the late 50s.

I was already familiar with the likes of Muddy Waters, Howlin’ Wolf and John Lee Hooker as a result of plundering local second-hand record shops in the search for some new and different sounds, but finding Elmore James really took my journey onto a whole new level of excitement. Elmore had such a unique and thrilling style of slide guitar playing, which stood out amongst the crowd with its buoyant, upbeat quality. I had certainly never heard anyone sing with such raw and heart-breaking emotion – never have since, to be honest. And this styling clearly impressed the likes of Peter Green, who used it as a soundboard in the very early development of Fleetwood Mac. It also laid the foundation stone for a certain scholar of the blues known as Hound Dog Taylor.

Theodore Roosevelt “Hound Dog” Taylor, famous for having six fingers on each hand due to a condition called polydactyly, hails from Mississippi, but crucially moved to Chicago in 1942. However, he did not become a full-time musician until the late 50s and even then never ventured beyond the boundaries of this mecca of blues talent until much later in life. Whilst he did not possess the strong and emotive vocal talents of Elmore James, his guitar style was undoubtedly inspired by the great man, with the focus being on turning up the volume into his own blistering boogie style: not pretty, maybe, but very effective!

Hound Dog only recorded his first album in 1971 and this was to provide a crucial marker in the history of blues record labels. A certain Bruce Iglauer was so frustrated that he couldn’t get a record label to record Hound Dog after seeing him at a club in Chicago, that he ended up setting up his own Alligator Records for the main purpose of capturing Hound Dog in his prime. It is a shame that Hound Dog only made one more album for the label with his band the HouseRockers before his untimely death from cancer in 1975. But at least the legacy was captured for all to enjoy and Alligator have since moved on to be a major blues label with an impressive roster of artists.

History lesson over – now let’s bring in Boston-based electric blues trio, GA-20, who have made the brave move of immortalising Hound Dog Taylor even further through their own tribute album. Clearly GA-20 have been significantly influenced by Hound Dog’s music and style, but also have a clear mission to make more people aware of blues in general. Another part of that journey is also to present their musical tribute to this great artist in the most authentic way possible to preserve the legacy that he left behind.

The songs on this album were either written by Hound Dog or performed by him throughout his relentless touring schedule, with the vast majority being drawn from the two albums released prior to his death. The format of the band has also been replicated, with Matt Stubbs on guitar, Pat Faherty on guitar and vocals, and Tim Carman on drums. There is little doubt that there is some seriously accomplished slide guitar playing throughout this album. 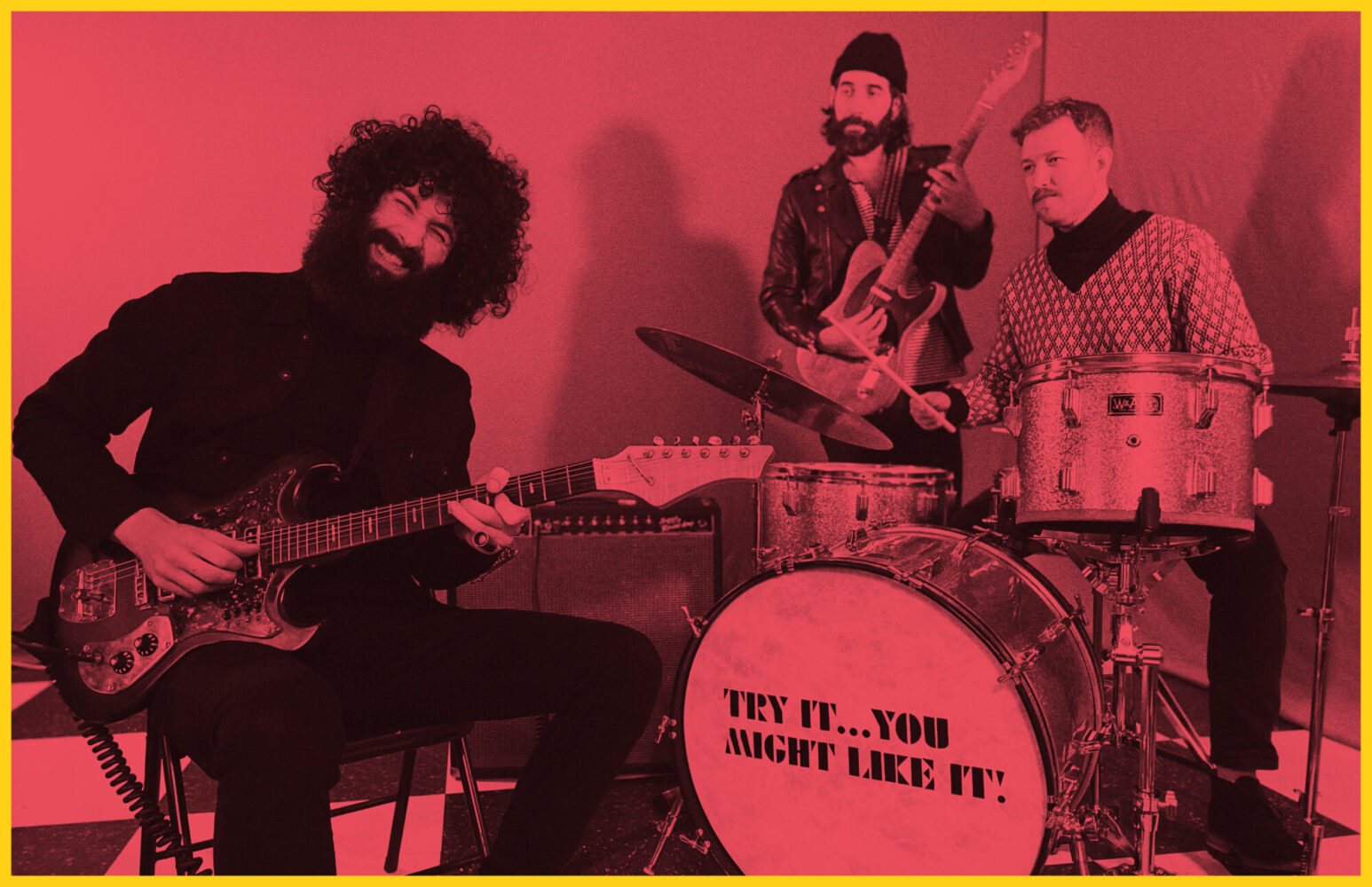 Aside from the fact that the band’s name was drawn from the iconic Gibson GA-20 amplifier, the band have also gone to great lengths to use vintage equipment to replicate the sound and feel of the original songs, whilst also stamping their own mark on them. The evidence is clear for all to hear: they have achieved a truly authentic Chicago blues sound.

From the Deep South boogie of She’s Gone and It’s Alright, through the rocking Let’s Get Funky and Give Me Back My Wig, all the way to the magnificent slow blues of Sitting At Home Alone and It Hurts Me Too, GA-20 have really captured the essence of what these songs are all about. More importantly, they have preserved the legacy of Hound Dog Taylor in the best way possible. Part of this is undoubtedly due to the fact that the songs were recorded live over just a couple of days, with no more than three takes per song, much like the originals probably were. No frills here.

Whilst GA-20 have applied a somewhat greater degree of finesse to the recording of these songs than the originals, 50 years on, the emotive delivery remains true to its form through songs of love, loss, heartache, heartbreak and loneliness, and there is still the raw essence of the original sound. Without question, this is a powerful and passionate tribute, which is also fitting for the 50th anniversary of Alligator Records.

The fact that Hound Dog’s songs have been covered in the past by the likes of Eric Clapton, Stevie Ray Vaughan and many others demonstrates just how significant his place is within the folklore of blues music in general. In Try It… You Might Like It!, there is little doubt that GA-20 have not just preserved the legacy of Hound Dog Taylor but enhanced it further, hopefully bringing his fine music and style into the wider public consciousness. So if you haven’t tried it yet, then give it a go. I have little doubt you will like it.