The French garage rock Trio have just released a new EP titled BA-DA-BOOM hot on the heels of their second long player “No Landing Plan”. Featuring the excellent “I Want Drums” that was released as a single last July accompanied by a cracking “Whiplash” inspired video, the EP sees the band branch out from their garage rock sound on the soulful “Cold Justice” and thrash out a power pop nugget with gusto (“Eyes On You”). Having played a one off of date in London last year the band will be back for a full blown UK tour in March 2018 supporting the legendary Bellrays. They are currently touring Germany. 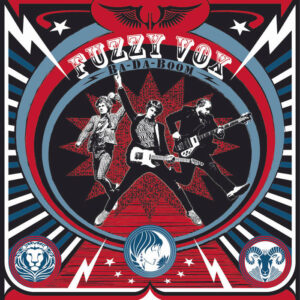