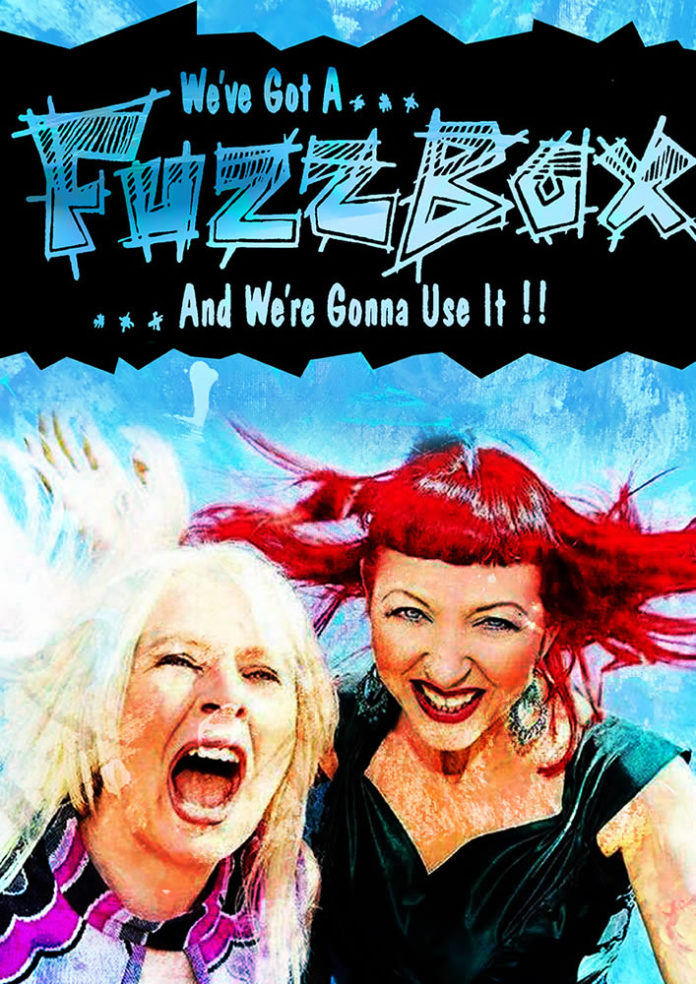 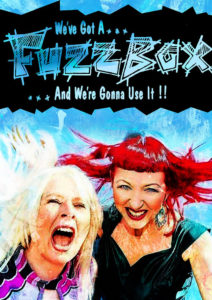 Louder Than War’s Nigel Carr sat down with legendary writer, playwright and record producer Mike Bennett who was in Manchester putting the final touches to the new Fuzzbox box set: We’ve Got A Box Set and We’re Gonna Use It!

LTW: Mike how did the Fuzzbox collaboration come about?

MB: “I met Vix in 1996. She was with Glenn Tilbrook and I was with Wishbone Ash. Wishbone Ash were on a Trojan spin-off label and I was working with them and at that time. The Fall who were also with Trojan. I got chatting with Vix and said it would be great to work with Fuzzbox and jokingly said it would be marvellous if they join one of the Trojan imprints as that’s who I was working for at the time in the main. I also told her I had a poster of her on my wall at home. When I got home the poster I thought I was talking about was Wendy O’Williams from the Plasmatic’s! I was redeemed though as I had a picture of Fuzzbox on my fridge!”.

“Anyway, nothing came of that for many years later. Fuzzbox headlined a tribute concert for the late great Poly Styrene and they were absolutely magnificent. I met them there and we decided to record a couple of X-Ray Spex homages, and from there it went on to reimagining a plethora of the bands material. I’m really pleased with the results and it’s culminated in a multimedia box set”

LTW: What tracks are on there and how did you make them sound different from the originals?

MB: “They did a fabulous version of Spirit In The Sky which was quite big in the indie chart. They did a really fuzzy upbeat version, but I have re-imagined it as a Dub workout. I’ve also put a kind of Cocteau Twins twist on the vocals. Both Vix and Maggie shared vocal duties on this one. I’ve put space echo all over Maggie and morphed Vix through all kinds of devices including a really beautiful chorus plug-in. It came out a little bit like King Tubby meet Scientist on a female level. It has an air of originality about it but certainly still sounds very Fuzzbox”.

LTW: Did you tackle any of the groups owned self-penned classics?

MB: “Oh, absolutely we did and there is a version of Love Is The Slug which is really high octane and when you listen back to it you can virtually tell that this group with a precursor to the Riot Grrrl movement or certainly one of them. They were very good at changing styles and had a chameleon nature about them. But there were several tracks in this idiom. Another is Rules and Regulations which we have ‘cranked up really high’ as Slaughter the Dogs would say. Billboard Smash Self gets the shoegazing trippy treatment.

“Mark Refoy of Spacemen 3 did some wonderful atmospheric guitars. Vix was amazing and did her vocal in one take at Dead Basic Studios in Manchester. Then, of course, we took it into the big room at Far Heath studios and put it through the lovely SSL desk. A fine mixture of lo-fi and high-end”.

“I love working in different studios. We used about eight on this particular project”.

LTW: Why do you like studio hop so much?

MB: “I have certain engineers for certain tracks and I like to be mischievous and mix it all up, so something from one session can end up on another. That’s how I get my hybrid style. Also, logistically musicians are scattered all over the place. Jay Stapley who has worked with Suede, Roger Waters band and Toyah to name but a few lives miles away so we worked virtually with him. He came out with some great telecaster parts and banjos for a bluegrass version of the epic Pink Sunshine”.

“Then, obviously we receive the parts and I take a view on the next stage run it by the band. Steve Bowden got involved with tracking it all up and incidentally, he has been responsible for quite a lot of the visual stuff because there is a DVD and book embedded in the box set. Duncan Jones also helped greatly with tracked like this and She, which receives a very tribal treatment”.

“It’s really fun to hear these classic tracks and completely different musical idioms. I love taking things down dark corridors just to see what happens. I am pleased with the way everything has come out because Fuzzbox write such good songs, and let’s face it it’s all about melody and excellent lyrics! The songs seem to come out well in a plethora of different styles”.

LTW: So there is a book as well as a DVD in the box set?

MB: “Yes, it’s great it’s got all press clippings and testimonials from luminary artists. Far too many to mention but there is also a remix CD. There is a really crazy version of Bohemian Rhapsody. It’s really tripped out and was mixed by Adam Booth of Shipmans Prescription. That particular element of the box set, I’m referring to the remix album. It’s very experimental and has snippets of interviews the band have done over the years”.

“They started very young, so you can hear them in some very cheeky interviews, and they were always entertaining and effervescent on those kids shows on Saturday mornings as well as programs such as the Whistle Test. It’s great that we have included the bits of the interviews because it gives the whole box-set an added dimension”.

LTW: We know that you have worked with Manchester outfits such as Ian Brown in the Fall, but you have also worked with a lot of female acts like Toyah, Hazel O’ Connor, Bananarama and Jenny Bellestar. How do they compare in working styles?

MB: “I think it’s actually because I started off my career with Toyah. Hazel was a natural progression because both of those artists were from the same musical and theatrical space in some way. I’m not saying that they were similar, but they had a kind of post-punk vibe that suited me to the ground.

“The other two mentioned acts were fabulous but more on a remix tip. Fuzzbox are a completely different entity and it’s been very stretching for me because they are quite varied in their ideas. In some ways, quite political, but not in a ‘push it down your throat’ style. They have a lot of humour and I wanted to bring that out on this project and I believe it’s there in abundance. Because there is a book and cinematic side to the project, I really enjoyed it because of my other job as a scriptwriter. I like the fact that it’s multimedia”.

LTW: What was the process of making the DVD?

MB: “Steve Bowden has done a lot of really trippy work the DVD. Very psychedelic, very thought-provoking in a way and extremely imaginative. Andy Chester contributed some videos but uses a different style – almost Film Noir, sometimes sinister. He uses a kind of story orientated style as opposed to Steve’s abstract approach. I like the combination of styles. They all form great backdrops for a myriad of musical delights!”.

Mike it’s been a pleasure talking to you. We look forward to catching up with you when the project is released!

We’ve Got a Box Set and We’re Gonna Use It! comes out in April on Gonzo MultiMedia .