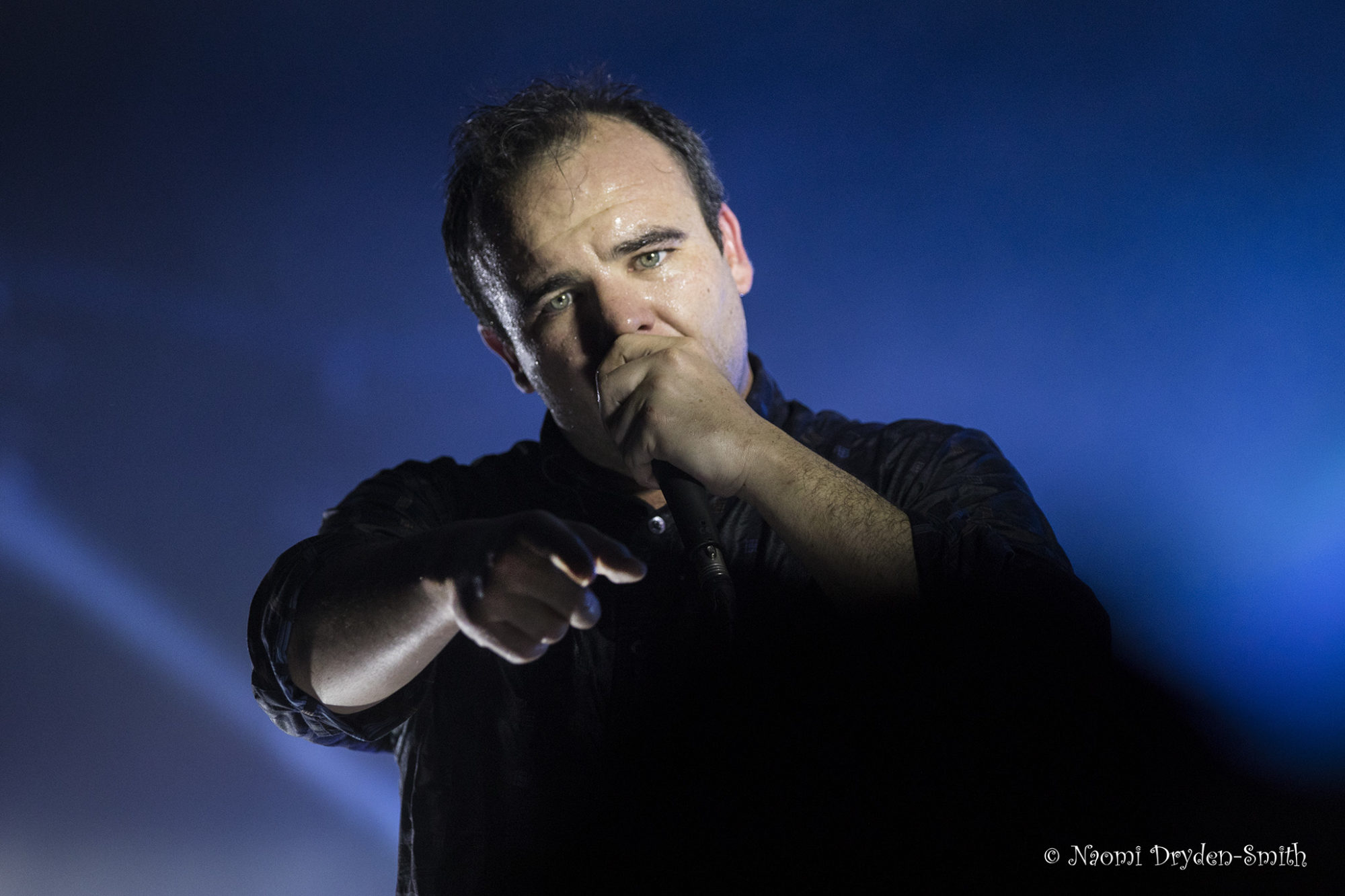 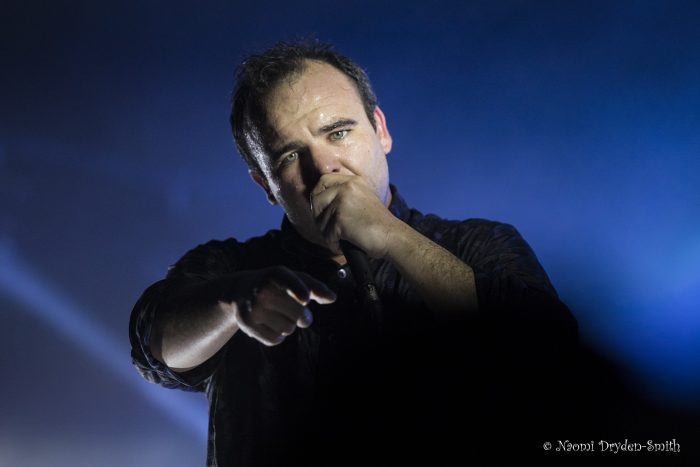 Future Islands are winding up their latest tour by playing this ballot-only show at The Dome. Used to selling out larger venues, the 600-capacity space is filled only with serious fans, who are treated to an arguably flawless performance of a blistering, unselfconscious set. As Sam Herring says, “This is a safe space tonight.”

Herring has to be one of the most charismatic, energetic and quirky frontmen around. His performance is pure drama – he uses his entire body to express his lyrics, with intense chest thumping and facial contortions, punctuated by flurries of funky dancing, impressively fast sideways moves and high kicks. Looking a little like Henry Rollins, he’s completely engaged with the audience, reaching out, touching hands, his eyes and face imploring for understanding, whilst punctuating his vocal with the odd guttural roar. The stage is barely large enough to contain him. It’s compulsive viewing, almost impossible to look anywhere else. The rest of the band remain fairly unobtrusive and businesslike, efficiently creating their now-trade mark synthpop melodies while Herring earnestly acts out his own inner dialogue. This energy lasts for the entire show, he puts everything he has into it. 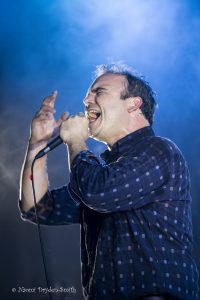 Future Islands showcase songs from the new album The Far Field, and standouts are Ran and the raw and emotional Through The Roses. He’s not afraid to lay his, at times unhinged, emotions completely bare, at no time more so than in the howling Cave. More familiar songs range from the sublime synthpop of A Dream Of You And Me, guaranteed to please any die-hard 80s palate, to the warm nostalgia and longing of A Song For Our Grandfathers. With the occasional waft of Peter Hook/Cure bassline from William Cashion, and Gerrit Welmers’ New Order synth riffs, it’s a blend of new wave and new romantic. The feelgood atmosphere is all-encompassing and resistance is futile – everyone’s dancing. By the time they reach Seasons (Waiting On You) the whole place is jumping, the front row are getting drenched in Herring’s sweat, he’s licking his arms, hitting himself on the head… 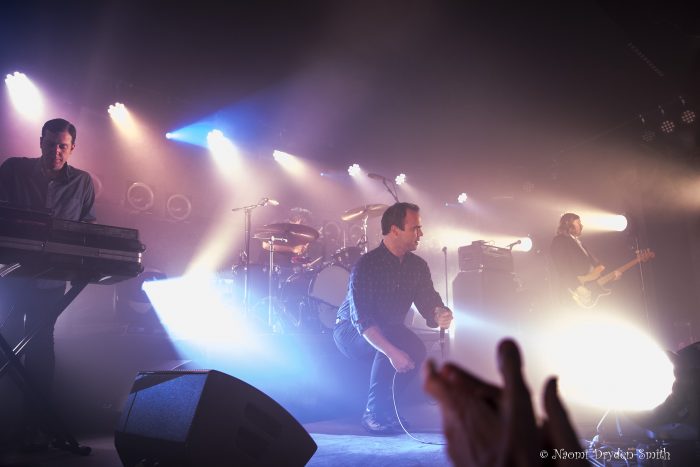 The band exits for a breather (“backstage” is rather unceremoniously  next to the bar), there’s a brief respite before the encore and Long Flight, which might be the happy song Joy Division never wrote. Far from exhausted, Herring is all over the stage, now showing off some incredibly fast spins. There’s banter with the audience, much laughter and it’s clear the band have had just as good a time. Intimate gigs like these are special for everyone involved, it feels a privilege to be here.  Future Islands is a definite must-see-live band.

The Far Field was released on 7 April 2017. You can keep up to date with Future Islands on Twitter, Facebook and their official website
All words and photos by Naomi Dryden-Smith. You can find more of Naomi’s work for Louder Than War here, and she (occasionally) tweets as @nomeshome. Also on Facebook and Instagram. Naomi’s Photography portfolio can be found here