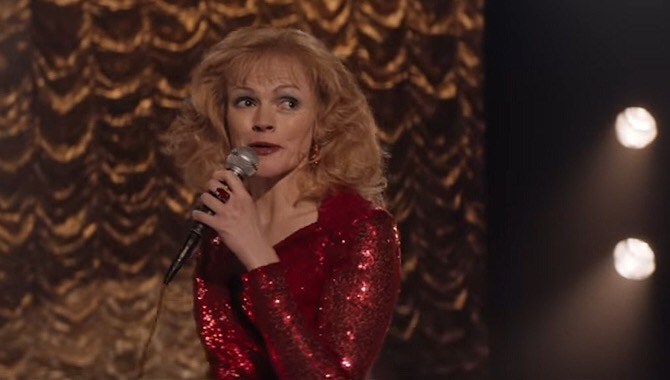 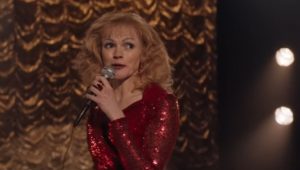 Maxine Peake stars in Adrian Shergold’s film about a woman escaping domestic abuse and discovering her own identity through stand-up comedy in the combative world of northern working men’s clubs in the 1970’s. Supported by taut, sophisticated performances from Paddy Considine and Tony Pitts, Peake brings her hallmark conviction and authenticity to a role exploring the very nature of those attributes, while Lindsey Coulson and Alun Armstrong present characters who are rich and complex well beyond the brevity of their on-screen appearances.

As brutal, funny and compelling as it is, this is cinema daring to eschew the sentimentality that often befalls modern English dramas with comedic aspects. Funny Cow is unflinching and refreshingly so. The central subject matter of the film – domestic abuse and sexism – is still so shockingly, despairingly common and yet here it is portrayed in a way that is cinematically unique. As Funny Cow might say, it’s the way you tell ‘em…

Stand up. It’s time to run, to turn and run, over cobbles, through ginnels, the old world dilapidated and crumbling either side of you. Beneath lines of washing, rotten gate posts and the slanting roofs of coal bunkers. They come for you. Wherever you are they will find you. They will taunt you. They will knock you down. Into the grime. Into the muck. Into the dirt that is between the cobbles, between the flags, between your nails and in the convolutions of their biting, scratching brains. All lost in the mazes – ginnels or neural pathways, adolescence, mum and dad, adulthood and the bottle: labyrinths every one. But you don’t run from them, you run towards them. At night there are sparks, in daylight there are bruises. Collision course. Unstoppable forces. Everything we really know of physics we learn from love.

Stand up. Don’t think I don’t see you. With every hard placed foot upon the cobbles, with every hard placed foot upon the cracked flags, on the first of the stairs as you look up into the darkness, as you reach the bedroom, as you step up onto the lip of the stage – younger, older – sometimes you are all your ages, you have to be. Besides, what’s between them but blinks of the eye?

Stand up. These are not your people. I am not your beautiful wife. This is not my tribe. There is no water flowing underground, there is only nicotine, booze and blood. And laughter in the face of it all. Laughter, hardest won, like a prize, shake the ground.

You can find out more about Funny Cow here.

You can watch the trailer for Funny Cow below.