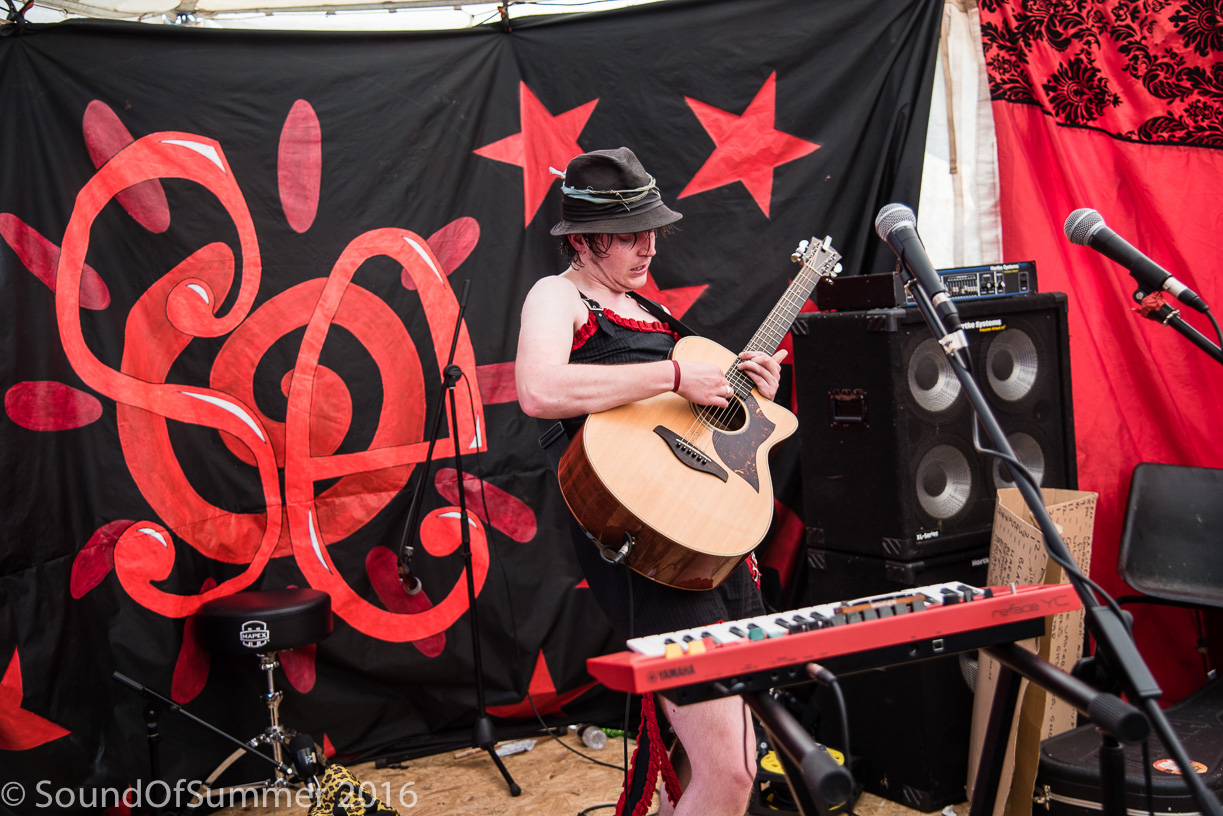 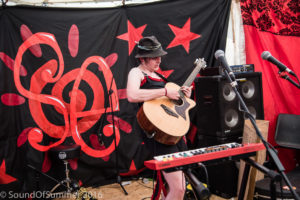 Funke And The Two Tone Baby

Alan Ewart went along to Bearded Theory and saw Funke And The Two Tone Baby put on the most electric set of the entire weekend in the Something Else Tea Tent.

It is often said (at least by me) that there are only two sorts of people in this world, those who love Funke And The Two Tone Baby and those who haven’t seen him yet.

I remember the first time I saw Funke and The Two Tone Baby.  He played the bandstand at Beautiful Days festival.  I was at the back of a huge crowd, the sound was dire, I could barely hear him and I wasn’t too impressed.  The next time I saw him I was simply staggered.  The energy, enthusiasm, songwriting and skill displayed by this young man are simply extraordinary. If you have not yet had the pleasure Funke is a a one man tour-de-force and Funke plays the blues.

With his guitar, harmonica, beatboxing, a keyboard and a series of loop pedals Funke simply blows you away.  It is almost unbelievable that there is just one person on stage as you are swamped with a sound bigger and more full than most big bands can ever achieve.  This is one act that I will never miss if I can help it.  Let’s put it right out there, a host of my favourite bands played at last weekend’s Bearded Theory.  Killing Joke, The Levellers and Stiff Little Fingers all played some of the best sets that I have seen from them but on Sunday afternoon in the Something Else Tea Tent I witnessed something truly remarkable. 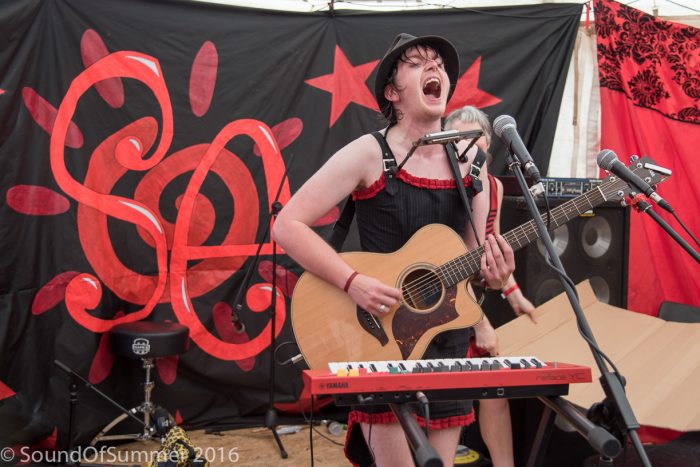 Bearded Theory was Funke’s fourth festival of a weekend that saw him drive over 1,000 miles.  He would have been forgiven if he had turned in a standard performance as exhaustion took its toll.  Not a bit of it.  The Tea Tent was rammed full, the huge crowd left outside strained their necks for a glimpse of an onstage force of nature.

Funke took to the stage in a rather fetching dress, entering into the spirit of the Tea Tent crew, a huge smile split his face and you could feel anticipation in the hot and sweaty atmosphere.  What followed was simply stunning.  Funke and the crowd fed off each other, the energy levels ramped up by the heat generated by the music and the dancing, swirling crowd.  Each song builds almost gently as Funke uses his pedals to add parts to the whole and a remarkable whole it is. 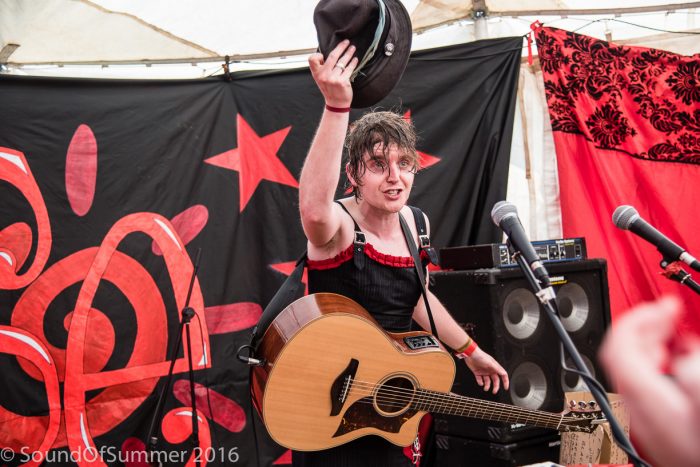 We were treated to well over an hour of songs, new and old, both Funke and the crowd seemed to grow bigger and more engaged with every note.  The large crowd sang every word along with the artist and the sense of wonder grew with every song.  It would be impossible to pick favourite songs from the set.  The songs from Funke’s latest album Balance are always stunning, “I’m Not Well,” “If You’re Nice To Me” and “Medicine For The Soul” were all outstanding.  “Not enough Bonobo” has become Funke’s signature tune over the past couple of years and, as has become customary, he was joined onstage by someone in a Chimpanzee mask.

Older favourites like “Bella’s Kiss” and “The Last Thing We’ll Sea Is The Sea” have been given a makeover and are more powerful as a result. Unusually for festival sets Funke was called back for several encore’s, the crowd simply did not want this performance to end.  The man himself was virtually on his knees by the end, dripping with sweat and clearly elated by both the power of his performance and the adulation of the crowd.  The buzz was incredible as the show wound up.  Everyone I spoke to said it was the best set they had seen from Funke, many remarked that it was one of the best gigs they had seen in years.  It’s hard to argue with that assessment.

Funke And The Two Tone Baby is on the internet here: He is also on Facebook and Tweets as @funke2tonebaby