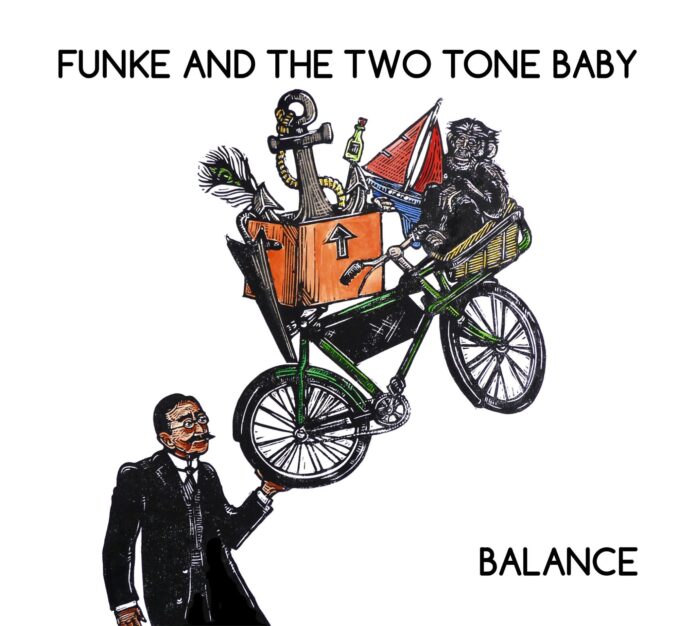 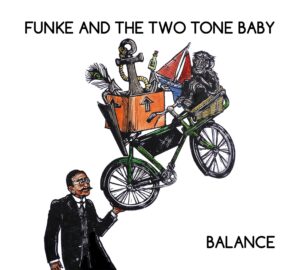 Funke And The Two Tone Baby – Balance (Self Released)

Louder Than War’s’ Alan Ewart catches up with Funke And The Two Tone Baby to discuss creativity, motivation, life on the road and his forthcoming album “Balance”, an album that Alan thinks is as close to perfection as it is possible to get.

I have a confession to make, if truth be told several confessions.  In this review I am going to break some of my self imposed “golden rules” of review writing and I am going to use a word that is much used but which should never be heard in polite musical company.

The first of my confessions is that I have always been rather sniffy about musicians who use technology as a major part of their performances.  I have never really liked synth-pop, drum machines or those artists who use backing tapes, loops and effects to disguise their ineptitude.  I never really thought of it as “real” music.  I will also confess that I have always had a soft spot for the blues, Howling Wolf, Muddy Waters, BB King, and Robert Cray all hold something of a place in my heart and in my music collection.  I will also confess that over the past couple of years I have become a huge fan of Funke And The Two Tone Baby.

Funke And The Two Tone Baby, sometimes goes by his given name, Dan Turnbull, and over the past couple of years he has built a very admiring and loyal following.  Funke plays the Blues, but he plays them in a way that I am willing to bet you have never heard before.  Armed with no more than an acoustic guitar, a harmonica, a couple of microphones and a suitcase full of pedals Funke has built a sound that, at least in my experience is totally unique.  Sure, you have seen the likes of Ed Sheeran play around with pedals to augment his sound but Funke has forged a sound that is totally his own. 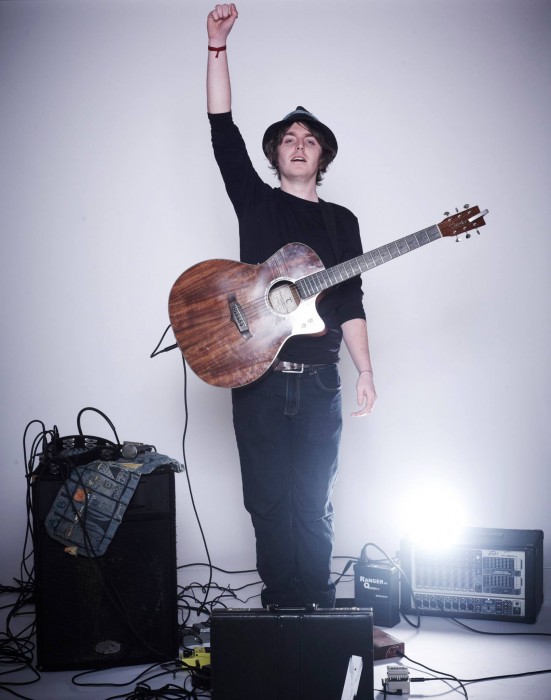 Put it simply Funke And The Two Tone Baby is a genius.  There you go I said it, I used the ‘G’ word, and I don’t use it lightly.  Funke writes incredible songs, plays superb blues guitar and adds layers to his music by using his voice, harmonica, beat-boxing and a stomp box to create a sound that has to be heard to be understood.  This is the blues, but it is by no means a 12-bar blues shuffle.  This is an incredible meeting of tradition and technology, his sound is modern, engaging, dynamic and enthralling and yet it stays true to the blues form.

Funke tells me that he has no real role models when it comes to his use of the technology.  He simply saw someone use a loop peddle and thought “I could do that.”  As his proficiency grew he added more pedals and effects when he was chasing a particular sound for a song.  He modestly says “it wasn’t a deliberate or conscious thing, it just happened, it grew in an organic way.”  He fully expects things to keep developing in this way.

Funke pays a nod to the blues influenced artists that he grew up listening to, Led Zeppelin and Pink Floyd amongst them,  and enjoys the feel of the more traditional bluesmen.  He tells me that it is the depth and breadth of blues music that intrigues him, it allows for multiple layers and styles within the genre and attracts him because the possibilities are endless.

When it comes to songwriting Funke tells me that for him it is usually the melody that comes first.  Again writing is often an organic process.  When a melody comes to him he will play around with it by simply jamming on his guitar, adding base-lines and thinking about how the textures can be developed through the technology. The words almost always come last.

Talking about the new album Funke tells me that “I’m Not Well” was written in about an hour whereas with “Anarchy” the melody had been “floating around for some time” before he worked out where he wanted to go with it.

“Balance” works beautifully as an album.  It is personal and observational, at times ironic and it is unquestionably a reflection on the lifestyle of artists like Funke who spend their lives dashing from show to show, festival to festival in the never ending cycle of hard work that is required to earn enough to make a living from music in this day in age.

As an example Funke And The Two Tone Baby lives in Kent, this weekend he is playing in Wales on Friday, Kent on Saturday and in Dorset on Sunday.  “I’m not Well” is a reflection on the mental toll that playing over 150 shows a year takes, it tells of 20,000 miles driven, of nights spent sleeping in a tent if your lucky or on the back seat of your car if you are not.  “Anchor” tells you about the need for someone or something to keep you grounded whilst you you live that lifestyle, of the need for a steadying influence, a haven of peace in the maelstrom of constantly being on the road.

Funke is adamant that he is not a ‘political’ artist but living in Kent he has been living in the frontline and seen up close the rise of right wing and divisive politics in the UK.  “Anarchy” is meant as an observation on UK politics rather than as a commentary on it.  The song, one of my favourites features a delicious trombone part by Graham Mann.  I don’t know about you but I find the prospect of an anarchic trombone player delightful.

In my humble opinion “Balance” is a masterpiece of an album.  It is engaging, energetic and a delight from first note to last.  Every track is a highlight, not once during many, many listens over the past week or so have I raised an eyebrow or found a fault of any description.

I have always been of the opinion that the true test of an artist is in their live performance and this is definitely true of Funke And The Two Tone Baby, but in “Balance” Funke has managed to encapsulate his live sound and translate it beautifully to disc.  The mixing and engineering are of an extremely high standard and even the artwork is an incredible addition to the package.  The worst thing I could say about this stunning album is that my favourite track tends to change with every listen.

“I’m Not Well” is currently available as a single on Bandcamp.

Funke And The Two Tone Baby is on the internet at funkeandthetwotonebaby.co.uk. He is on Facebook and he tweets as @funke2tonebaby.