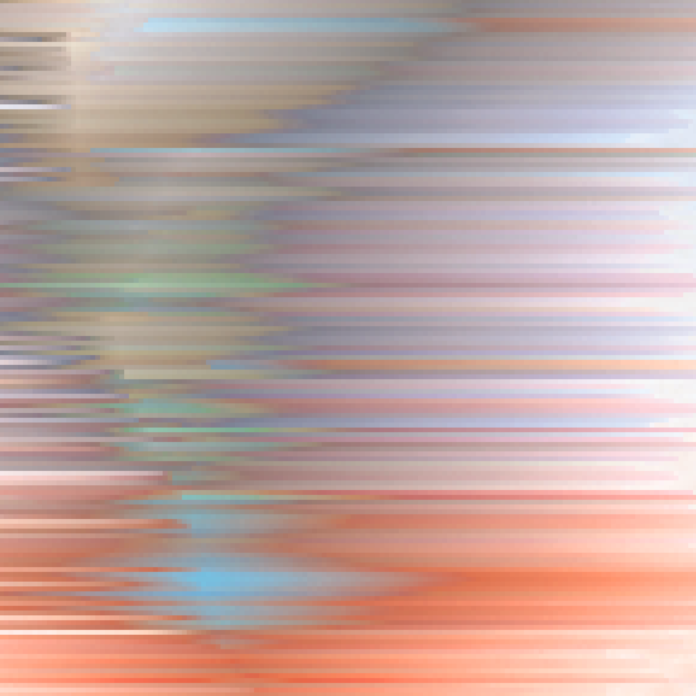 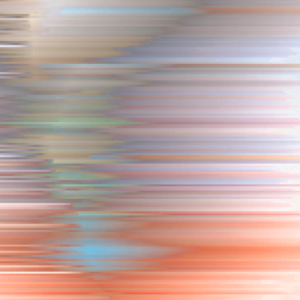 Function: Awakening From The Illusory Self

25 years into the game and he’s still not bitten his tongue off. There are still things to complete. Things to achieve. Things to explore. Things to express himself alongside, preventing any chances of boredom from encroaching upon, and potentially blocking, the output and awakening of, the illusory self of Function.

Creating chaos, controlling its radius, and catching the sparks with his palms bare, this is a spectacle on levels above clouds and below ground, The Bunker as the genuine grit within each spoke of the concealed clockworks of modern, metropolitan Babylon. This, as tends to be the case with Dave Sumner, is a signpost, rather than a standstill. Another progressive example, rather than a sentimental miscellany of everything that arrives at the doors of the day with a need to dust off old book covers and see what sleeps inside. Never one for compromise, and always being driven by the inner wheels kicked into splendid, synergistic motion, Function’s productions, although intricately distinct from one to the next, are mounted on this idea of everything working to support the successful, cohesive underpinning of the whole, rather than the esteem of each piece.

And the output is vast. It’s a cannon unparalleled in his field. And the field outstretches far with an immeasurably unfurling, intricate, and whimsical sense of wonderment. Projects jumping and pulsating from the club’s core. Collaborations and creative endeavours dancing with a distinct retro-futurist bite and sci-fi ambience lurking in the barren deserts of the car park. It’s an ongoing activity adopting a multitude of different guises. Each one breaking and rearranging the shapes of each unique, fluid face the suburban knight feels like wearing.

Because it feels right. And the rest go to hell.

It might be the running of Sandwell District; a multinational collective and record label, never selling us anything short of musical ingenuity. A collective, a microcosm, a demonstration of how the DNA of dance music can be rearranged, favouring the sincerity of artistic intent, over the fanciful pretences of the cocooned techno-tycoons and fleeting artifice of the superstar ice-sculpture cultures, hiding in their haciendas on the hills. Armed to dismember the facade with a deconstructionist manifesto to blur the standard parameters that permeate what we have confirmed to be just DJ, just record label, just artist, and eradicate the walls erected between one discipline and the other, to invert and adjust, to create something more multifaceted, interlinked yet dynamically juiced on more truth than the one-trick tradition often sells us.

And in the wake of such a want; by decentralising the ego, and all it exhausts: unveil to each attentive ear, each eye encouraged to belong, and not just bypass something musically quite momentous and meaningful. A means of delivering the goods and leave us wanting a bit more each time (Feed Forward from 2011 as possibly, the finest representation of the above notions).

It might be techno supergroup LSD. Essentially a fantastic collaboration with Luke Slater and 6dimensions founder Steve Bicknell. The trio debuted on Ostgut Ton with the highly-acclaimed Process EP in 2017. An impenetrable showcase of “lysergic machine music”, and what each artist can bring to the table; situating their tale amongst the others. It could be his collaboration with Regis (Karl O’Connor) formed in 1996, their Portion Reform project for Downwards (Accidents in the Workplace and Imbecile, in particular, are well worth searching for) showed no signs of compromise in terms of alighting every auditorium with fierce, dark techno head-poppers, a coalescence of the active, mechanical glide and feral attack, the palindromic and phantasmatic, entwined in the same instant escapade. 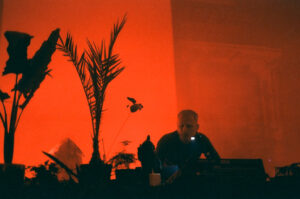 Upon moving to Berlin in 2007, projects have been focused on the upkeep of Sandwell District as a colossal template for how record labels should both look, sound, and feel. With one man DAF in NYC post-punk technomad Silent Servant (Juan Mendez), Female, and the aforementioned Regis, the co-conspirators in the saga of Sandwell, never straying too far from his close, creative circuits.

This is his second album for Tresor since 2019’s Existenz. Awakening From The Illusory Self contains everything one needs and more from the first track to wherever it tumbles towards and days later we awake without recollection of how we wound up there. Misinterpretations of Reality kicks things off. Shapeshifting rhythms hit, kick and intermittently continue, with every pulse, to push through whatever hideous monolith of obstacle and modern homogeneity stands before them. Loose, liquified melodies, itching to disappear, trickle and flicker into focus in the way all good acid-inflected, strobe-soaked sounds should pounce, up and down, in and out, back and forth, then and there. It’s the in-between that means everything, it’s often at the gap where the magic, or dead centre where the dream, is intelligible.

Free to roam as rogues. Free to fall off the grid and be buried below the lid. Each device, sequenced and purposeful, successions of agitated keys and signals shooting by, playfully negating remaining the same shape for too long, fearing the force of the omnipotent, industrial thumb will suddenly descend to crush them into something solid; constrained when inflicted by impositions of rigid, musical stasis.

Instead, these athletic aspects sharpening every angle upon each inch it moves, these blasts of harsh balls bounce against walls, agile and unable to be locked to one point, boil at their own distinct heats, resurrected above street level at their own distinct temperatures, chopping through the oxygen like whirling helicopter propellers. Shaking the slabs of pavement from the streets like thick-skinned partners-in-crime rollin’ drum and workstation bass have been summoned up from belowground and the city’s ribcage is devilishly tickled.

So goddamn succinct and snappy in their delivery. So goddamn raw and hypnotic and delicious like an elongating improv-electro earworm, writhing in the purity of the dirt, brilliant and unbridled with their gradual growth and natural, orgiastic uncoiling. Something happens after/at five minutes. Unsure what. But it pulls on and sucks in. 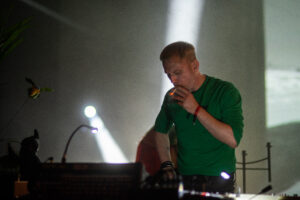 Further, spellbinding tactics remain just as strong with An Optical Illusion of Consciousness. A room of machines operating bigger machines speaking in their own unique, calculator language. In some ways akin to the 2014’s emotional acid album Games Have Rules, a collaboration with Vatican Shadow (Prurient/Dominick Fernow) and Function. In the sense that it drags its delicate, agitated eager-finger along the transitory line whereby New York bends into Berlin, where greying cassettes are ceremonially burned on the dancefloor, where day decays into the night, and where Inanimate Objects turn into Hospitals.

Disparate, euphoric oddities of factory floor melodies frequently morph and muddle. Elated cascades and skittish collisions of glistening lights, balloon and radiate from the inner wards. An applause of divine, radioactive glitches, delayed and dragged through the emptiness of space. Quick echoes of maddening mechanical patterns, hazardous when awakened, arise and glow like observations of phenomenon forlorn afar, dumbstruck, their backs pushed against wax slabs with wild eyes bent heavenward.

Restless drums with unruly table manners busy themselves from all possible sources of space. Tribal and intricate sound effects bubble and breaks apart like showers of shattered light. 90’s Dutch rave, and smoothly cast techno spells with the occasional splinter in their fingers, conjured to this standard of precision and force, are always capable of affirming the song’s ability to rise with a certain climax, alleviate to a certain summit; without the inevitable crash: a soul around all, rather than inside each; an entire primitive movement, rather than a pristine moment.

Spiritually Unconscious (Dissolve) has us edging toward the vortex. With every ascension onward, the crumbling of another level the head has successfully conquered. Hallucinatory grooves are projected onto solid walls. Floaty, frothy, stainless bass and synth-string tricks throwing a fantastical array of colours between the lines, uncaring if their untamed selves suddenly explode and bleed over in the spirit of seeing how things intermix, and meld analogously.

And innovation is ignition. Admirable further is Function’s willingness to expose newer artists to the audiences and attention they deserve. Another string to the techno-bow which, upon being fired into desired targets, bifurcates into many other bows, which create their own targets. A desire that culminated in the relaunching of a 9 years dormant Infrastructure New York label, co-run by Ed Davenport (Inland). A platform to promote his solo outlets, visually entombed in a drip of gorgeous 12inch releases, establishing a vibrant hub for artists from newer origins such as Campbell Irvine, Post Scriptum, Mariano DC.

As well as releases by Function/Inland, Steve Bicknell, and Altern8’s March Archer under the Trackman moniker. A conjoining of past-classics in future contexts and future-classics in present contexts. Substance Vol.2 and 2016’s Infrastructure Facticity encapsulating the diverse electronic, muscle-industrial, and acid-splattered spirit of each unique artist (Trackman’s eponymous and Damon Wild’s Cosmic Path are unflaggingly killer).

Compulsive Thinking: Repetitive and Pointless is exactly that. Unnerving eruptions of sonic voices invoke dystopian skylines from dark beaches in our own twisted subconsciousness stretches. A calling to the core of where life is replete with freedom, fully knowing freedom is repetition if you convince yourself otherwise is impossible. Faint traces of voices haunt the air. Flitting and flickering among the monotony of the beat, the magnitude of its muscular structure. Further atmospherics envelop the senses when the third minute tumbles into the fourth with seamless execution.

Trickles of glitches click and crackles with their own unique speeds. Slow, subliminal seizures of synth machines, sometimes swaths of them, sometimes sparsely present, burrow holes into solid blocks of cement. Drums remain the same but carry everything upon their herculean shoulders. Thuds and footsteps find themselves impressed upon the pathways of one’s chest as blisterpacks and battleships explode in the same spatial zone. Heavy with their own hypnotic ways and irrepressibly indenting all we find tangible enough to become entangled, and embedded in, upon each thump of the passing bar.

To reinvent is a necessity. A demonstration of survival. Because skin worn for too long starts to sag and ache with what it weighs. The day before last as memorial cigarettes subbed into the mouths of ashtrays. And it stinks. But it was a good drag. A needed fix. Awakening From The Illusory Self epitomises the ongoing techno odyssey with a different synopsis for each episodic event. The everlasting search; the insatiable thirst, to unearth and rebuild, in the shadow of towers or the stare of the sun or the blanket of solar-soundsystem chrome. Where or what or why Function moves to next; undoubtedly so, is inherently exciting. Because music just turns.