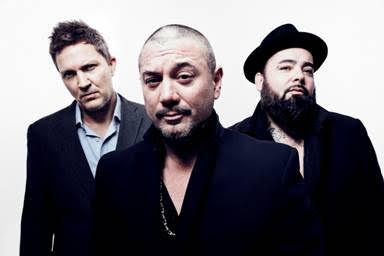 Fun Lovin’Criminals  are about to release the 20th anniversary collectors’ edition of their album ‘Come Find Yourself’ on the Edsel label through Demon Music Group on the 19th of February 2016.

Available as a 3CD expanded edition and collectors’ Deluxe Edition box set, the release features a plethora of rarities, live recordings, alternate mixes, and much more from the vaults.

Speaking about the new edition, Huey Morgan said,“It’s a very unique record for the times, and remains so today – it’s not dated. It burned a path for crossing genres that we now take for granted. Looking back, it was a good start for a career in music that was uncompromising. You can tell listening to it, it was exactly the way we wanted it to be. There’s still a lot of love out there for ‘Come Find Yourself’.“

To celebrate the 20th anniversary of the album which features 3 UK top 30 hits: “The Fun Lovin Criminal” “King Of New York” and “Scooby Snacks”,Huey Morgan, Brian ‘Fast’ Leiser and Frank Benbini will be playing the record from start to finish for the very first time on their world tour throughout 2016.