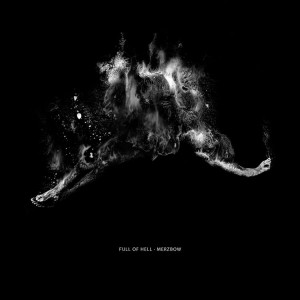 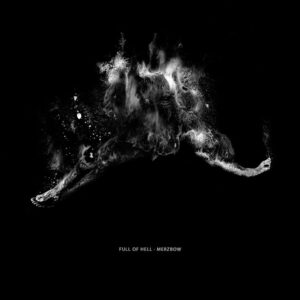 The new Full Of Hell album is a collaboration with legendary noise godfather Merzbow and as such it solidifys the band as one of the most prominent crossover bands in the grindcore/ hardcore/ noise scenes.

In the year and a half since hyperblast hardcore outfit Full of Hell released their second album, 2013’s phenomenal Rudiments of Mutilation, the boys from Ocean City Maryland have kept themselves very busy. Touring relentlessly, playing everything from house shows to This Is Hardcore, they’ve effectively established themselves as a bit of a “hype band.” I think “hype” is the wrong word though. They’re not a hype band, they’re an exciting band.

No one was more excited than me when Full of Hell announced that their newest album would be a collaborative album with Merzbow, a legendary, ridiculously prolific Japanese noise artist with over 300 releases under his belt. With Merzbow’s production abilities and deep and abiding love for heavy music, this collaboration was set to be a solid blast of harshness.

Burst Synapse, the opening track, begins as a tense blast of spiteful black metal drowned by Merzbow’s fuzz before breaking out into a breakdown. It’s a heavy start, a good statement of intent for an album that seems to work to out-do this first track in aural darkness.

Blue Litmus is pure old-school death metal that, by the end of the track, decays into black metal-inflected drone.

One thing noticeable about this album is as each Full of Hell section fades out, a hidden layer of Merzbow noise is revealed. It’s an interesting effect that really rewards repeated listens. Hearing some of the tracks with the idea that there is always an undercurrent of noise makes them much more interesting.

The album is not without its duds. Ludget Av Guden is a plodding mess of Merzbow-led ambience that goes on for far too long and Litany of Desire is much the same only louder and, unfortunately, longer.

High Fells is, without a doubt, the highlight of the album. A slow, airy track that’s actually quite melodic, pretty if you’re drunk enough. It’s the lightest fair of Swans meets the heaviest Boris riffs and it works exceedingly well. Merzbow even manages to fit a few notes in with his cacophonous noise. I haven’t heard anything on any Full of Hell release that differentiates from their metal assault until this track and I’m amazed at just how successful this experiment is.

Overall, this is a solid release, despite it’s occasional trudging Merzbow pieces. If anything, it makes me excited for where Full of Hell are heading as artists. I don’t know if High Fells is indicative of the band’s change in direction, but it does indicate that a whole new artistic palette is available to one of the most exciting bands of the last few years and I think that’s pretty great.

Full of Hell can be found online here: fullofhell.com. and on Facebook.

Merzbow’s official site is here: merzbow.net and he’s on Facebook.