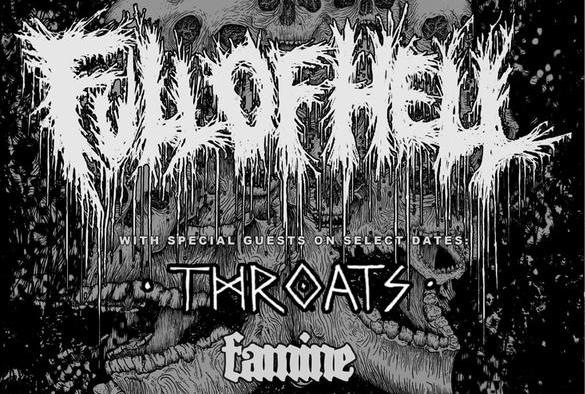 Brutal, ferocious, and just plum mean as shit powerviolence / grind act Full Of Hell have just announced a European Tour in September which kicks off at Incubate and takes in a handful of UK shows. We recommend you attend as many as possible, not least because support only comes from Throats and Famine. All the info you need should be in the poster below, however if you need more convincing or just want the dates in a copy and pastable form, say, scroll past the poster and carry on reading there. 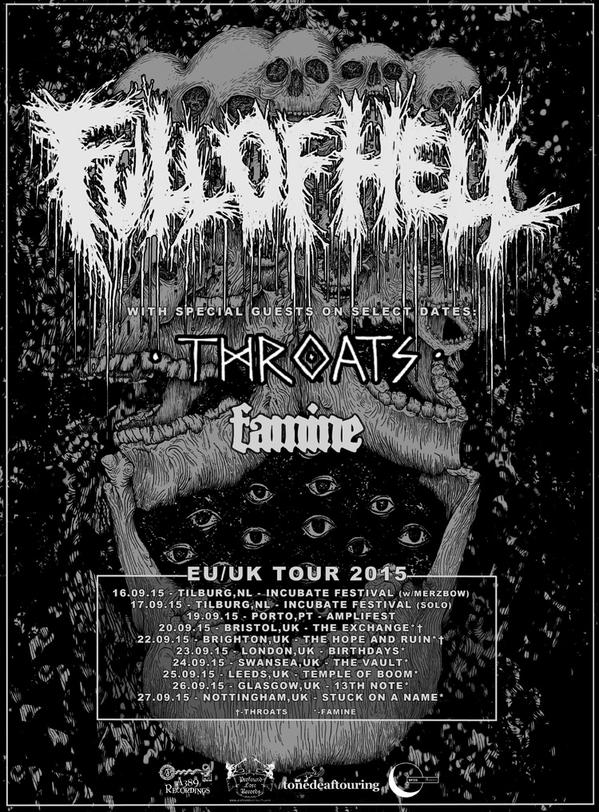 So, the low down…

Way back in the summer of 2013 I was lucky enough to be in the audience for a gig at The Exchange in Bristol which was headlined by Circle Takes the Square. They weren’t why I was there though. Oh no. That honour went to Code Orange Kids (as they were then, now just Code Orange) who I’d been a reasonably long time fan of (and still am, in fact). Both these bands played blinding sets, it’s true, but neither were the highlight of the night. That was Full Of Hell who literally pulverised all contenders on the the night for the title of “rowdiest goddam band” by some margin. Two years later and I still look back on with extreme fondness. Which is a coincidence, because “extreme” precisely describes what FOH are like live with ridiculous layers of feedback married to screamed vocals, gnarly, bombastic drumming and shocking riffs.

So news that the band are headed over to these shores again, this time headlining a tour with an exceptional undercard starring the brilliant Throats (who recently just took our breath away at Temples Festival) And Famine had us air punching for England.

In conclusion: if heavy music’s your thing, we recommend you attend at least one of these shows.

Full of Hell are on Facebook and if you’re still not convinced, here’s how they “go”…