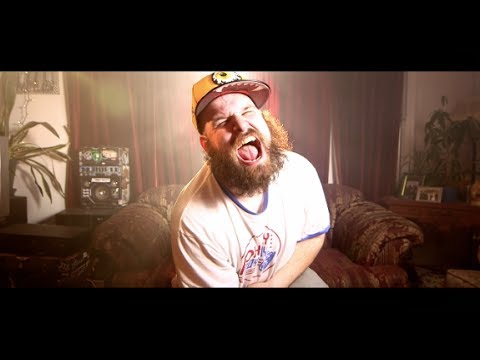 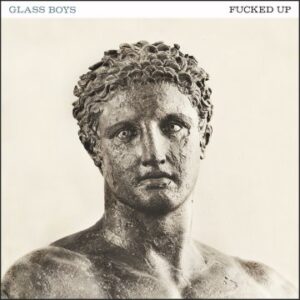 The Canadian post-hardcover mavens explore their more introspective side with their fourth studio album. But that doesn’t stop them rocking hard and heavy, says Louder Than War’s Paul Margree.

From their very earliest days as part of Toronto’s hardcore scene, Fucked Up have never been content to be just another band on the bill or in the record store racks.

Always incendiary live, their riotous shows more often than not see vocalist Damian Abraham engulfed in a morass of fans as he stage dives and crowd surfs, while the rest of the band impassively churn out piledriver riffs behind him. But Fucked Up’s records have always explored the conventions of punk and hardcore in a more nuanced way.

The title track of their early self-released 12-inch Looking For Gold, for example, clocked in at more than quarter of an hour and included a three minute drum solo. 2008’s Year of the Pig –  one of a continuing series of singles based on the Chinese calendar – was released in several different versions around  the world, each containing a different track listing.

Having won Canada’s most prestigious Polaris Music Prize for their second album, The Chemistry of Common Life in 2009, things got even more surreal with their third long-player, 2011’s David Comes to Life.

A rock opera, it told the story of a love struck light bulb factory worker turned urban terrorist who may or may not have accidentally killed the object of his affections with a home made bomb, the narrative accompanied by the band’s now trademark crushing riffs and unexpected melodies.

Not your average punk band, then. Yet for this latest record, the band has jettisoned the elaborate narrative conceits and elaborate arrangements, stripping things back to a muscled punk rock core. Ten tracks of dense power and volume, all wrapped up with Abraham’s distinctive gargling with barbed wire howl.

It’s tasty, yet painful too, like a beef stew seasoned with ground glass. Riff geeks will be satisfied by the lean steamroller fuzz of The Great Divide and the layered noise of The Art of Patrons, its introduction slowly assembling its constituent parts like Tony Stark putting on his Iron Man suit before lurching into surly crashing life. Touch Stone, meanwhile, crashes in like a bulldozer demolishing a house.

Yet for all their tuff fuzz, the band knows that a little bit of melodic sweetening makes the whole dish finer. So there are cleverly wrought intros, like the glistening arpeggios at the start of Echo Boomer – the very first thing you hear on the record – and a tantalising taste of acoustic guitar at the start of Sun Glass. The strange Allman Brothers style boogie coda to Warm Change is a confounding touch, but no less fun for all that.

And then there’s Damian Abraham, the totemic vocalist around whom much of the band’s media attention coalesces. According to a recent interview, he’d wanted to create another double album this time around, Abraham writing one record, and guitarist and chief songwriter Mike Haliechuk writing the other, before Haliechuk persuaded him otherwise.

Instead, Abraham has looked inwards, with a set of lyrics that reflect on his position, a father of two fronting a globally successful rock band, and the balancing act that’s required to keep sane and have something resembling a normal life.

“We traded our moral high ground so they would sing along
But is it so bad? Is it as dark as it seems?
To trade a little purity to prolong the dream?”

…he howls in The Art of Patrons, no one more critical than himself of the compromises required when success comes calling.

It’s a nice touch, another way of adding subtlety to what could be an unyielding listen otherwise, if sometimes a little uncomfortable in the unflinching nature of its self-examination.

…he cries on the title track, turning self loathing into a kind of Buddhist self emptying, a clearing out of the closet that prepares the ground for the next stage of the band’s artistic journey.

The end result of this is a lean and bruising aural assault, shot through with insecurity and anxiety. If Glass Boys consolidating Fucked Up’s position rather than extending it, it nevertheless confirms them as masters of the blistering guitar assault, capable of balancing melody, noise and introspection with no small finesse. Shine On.

Find out more about Fucked Up here  and here. Or you can check out their page on the Matador Records website.