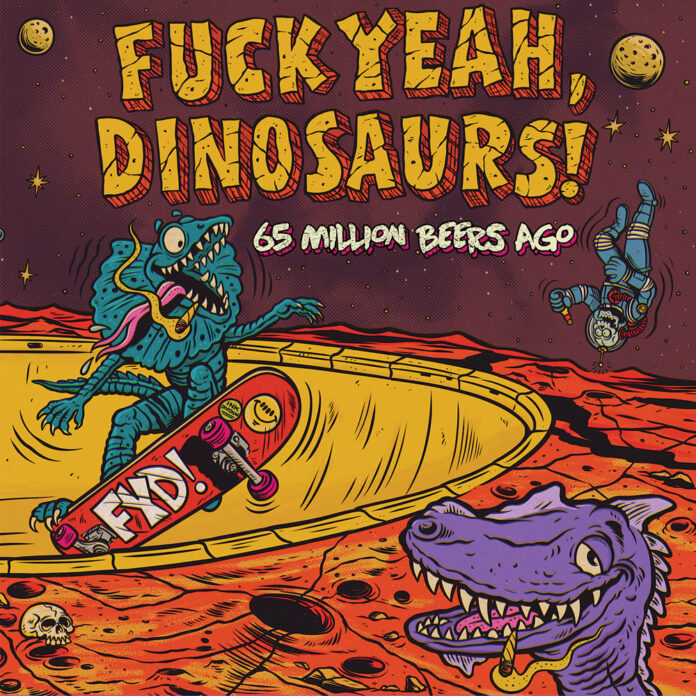 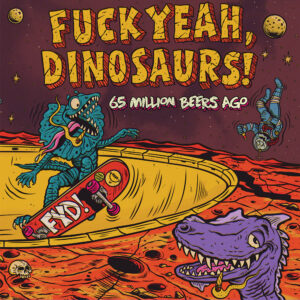 We just got an email from Jon Stefaniak from Pittsburg PA announcing the release of his bands sophomore (second album) release: Fuck Yeh Dinosaurs – 65 Million Beers Ago. The band, FYD for short, sings exclusively about dinosaurs, (of course!) and the track I was sent to is called Primordial Ooze.

It’s an absolute classic, opening as it does with a dodgy attempt on the recorder to play the theme from Jurassic Park! A refrain that turns up later in the track! It made me laugh out loud, but you know what? they really have something! Knockabout punk played at 90 miles an hour – right up my street!

The album comes out on June 6th and this is what they say:

“The album features 11 fast, catchy punk rock songs all based in their intergalatic dinoverse – yes, all the songs are about dinosaurs. Dinosaurs skateboarding. Dinosaurs drinking beer. Dinosaurs lamenting the humans’ destruction of our beloved planet Earth? They’ve got it all covered, “squarely rooted in the best pop punk tropes of the past three decades, with influences from classic hardcore thrown in for good measure.”
fuck yeah, dinosaurs! started with a case of cheap beer and an acoustic guitar back in 2010. In 2017, the current full-band iteration was formed and their first album, “Jurassic Drunks,” was recorded and released. The debut was more of a retrospective covering everything written previously, whereas 65MBA is oozing of creative input by all members current lineup. The dinodudes are using the untimely months off to promote the new album release before they return to delivering their high energy live shows to a packed dive bar near you.

Digital singles “Jiggly Jello” and “Earl Sinclair (What a Guy)” have been released everywhere music is streaming. The new album was also backed by a successful IndieGoGo campaign which allowed funding for a physical, vinyl release. The physical album can be preordered at www.dinopunks.com. 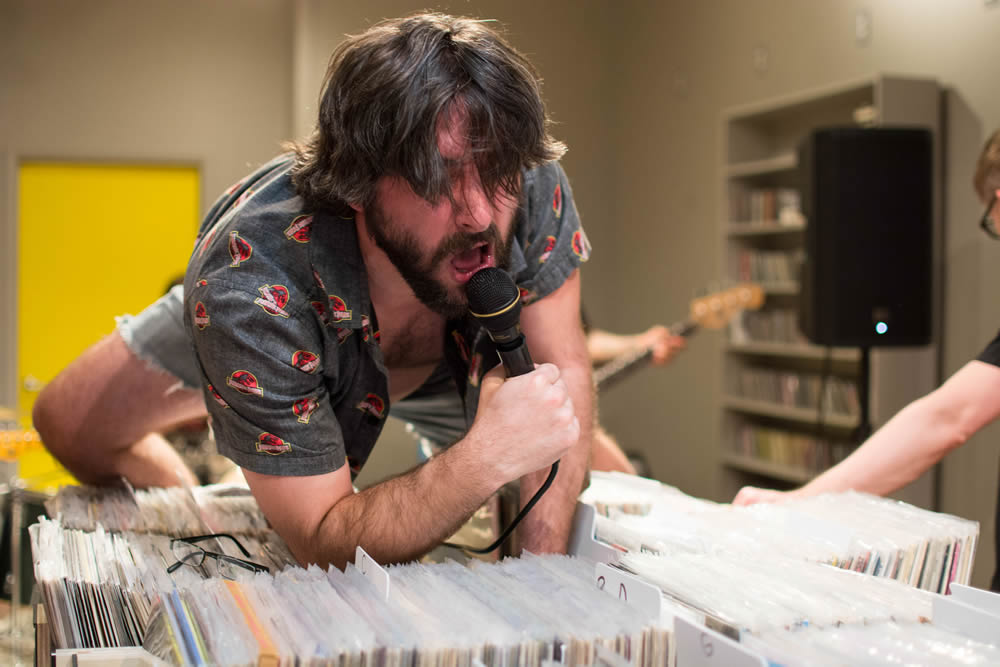 I can’t wait for the full album if Primordial Ooze is anything to go by. I love the spirit, in a similar way to The Chats, playing great music and making people smile. There’s enough depressing news in the world. Crank this up and I guarantee you’ll feel better afterwards!

All LTW words by Nigel Carr. More writing by Nigel on Louder Than War can be found in his Author’s archive. You can find Nigel on Twitter and Facebook and his own Website. Zach – Records Photo ©Alyssa Waldron