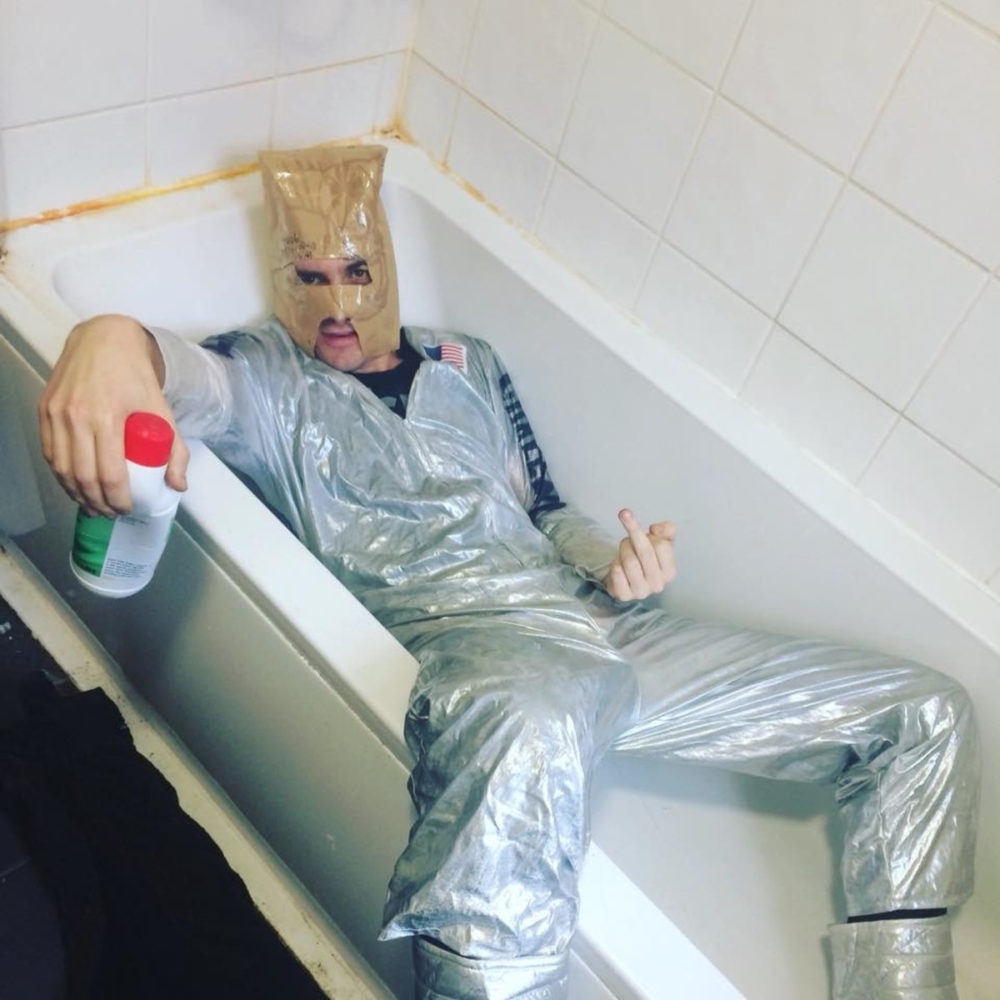 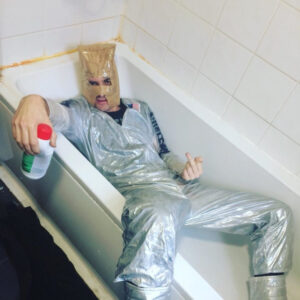 Fryd Chikin’s debut mini-album drops from the stratosphere of his universal wanderings with tales of sex, booze, deprivation and the vile side of life. His destination and current base is Planet Earth, a place where all his antimoral vices are well at home. That certainly sets the tone for his distorted garage blasts that unleash a ripping assault on your eardrums. Recorded over primitive and repetitive drum machine beats, Chikin rips the soul out of his guitar strings and smashes them it to the floor to stomp all over.

Opener I’m Fryd Chikin shows definite shades of the raw power of Jay Reatard, albeit bastardised and cut to shreds. The songs rocket by in a haze of fuzzed out guitar and screeching yelping vocals. Do You Think I’m Ugly sounds like the B-52s being dragged up from a hellish underworld and, converted into a devilish crooner, he spits out tales of debauched horror. It’s often hard to discern the lyrics, but catching phrases about dipping heads in formaldehyde and pulling bodies through brains (I Want Your Head), sniffing glue in a teenage fantasy (Every Day Is Like Halloween) adds a Lord Sutch-esque menace to his brutal proto-punk. Not Your Kind Of Man has a more traditional rock ‘n’ roll blues rhythm propping it up, but he still insists on disguising it behind a wall of grit, while closer Pizza/Beer adds further vocal effects to come out like a terrorising Devo.

From the cave to the grave and back again, this mini-album is a riotous blast of hellish grooves to fill the pit. Fryd Chikin is a product of his own screwed up universe, a looking glass into the depravity and anhialistic motifs of a world where every individual is pounding their own self-destruct button. Step into his world and get fried!

Listen to I’m Fryd Chikin below: