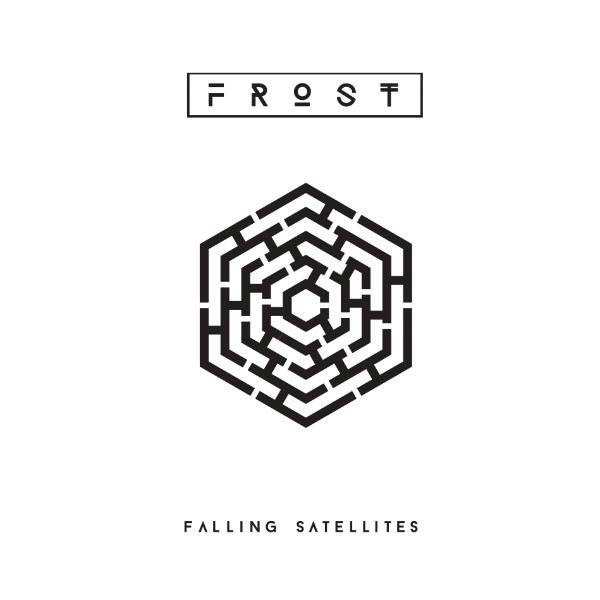 Another band facing the challenges of the difficult third album? Possibly, as it’s been some 8 years since the last FROST album – ‘Experiments In Mass Appeal’, yet they return as strong as ever.

Despite the current line up of FROST – main driver Jem Godfrey aided and abetted by  John Mitchell, Nathan King and Colin Blundell – has been‘together’ since 2010, it’s the first record the quartet have actually made together. At one point it might even have been the final part of a trilogy formed by 2006’s ‘Milliontown’ and the follow up  ‘Experiments In Mass Appeal’ but things change, but as a bonus there’s a six song combo forming a healthy thirty two minute song suite which forms the second half of ‘Falling Satellites’. Enough recompense surely  to satisfy  the  needs of even the most demanding prog fan.  There is a concept of sorts though; the theme of life and chance and the celebration of the rare short thing we call life, uncannily mirroring Godfrey’s own personal circumstances at the time of writing.

The album is archetypal FROST though with the occasional twist. Mitchell is more on board as a writer this time round and Godfrey’s use of the Chapman Railboard – like a Chapman stick but made of aluminium and with a glassy, tubular sound – particularly handy in introducing new sounds and textures to the likes of ‘Numbers’ and ‘Closer To The Sun’. The latter also features a guest appearance from guitar whizz Joe Satriani, given a great long slow build up by Godfrey until his dramatic appearance a few minutes into the track.

It’s ‘Heartstrings’ – a track which has been around in a form that fans will know from the bands’ Rockford Files’ album, that  provides a link from the not so distant past and leads off the centrepiece in the ‘Sunlight’ suite. Standing  as a series of songs which run together, it includes some terrific instrumental passages with the band firing on all cylinders – particularly in the ‘does what it says on the tin’ titled  ‘The Raging Against The Dying Of The Light Blues In 7/8’ which moves into the slightly more tongue in cheek ‘Nice Day For It’. The former takes its title from the opening “Woke up this morning” blues standard wail and adds a very proggy time signature reference for good measure. Who said that prog has to be serious – promo photos in nerd glasses and a ready line in ironic wit come as standard with FROST*.

Add a couple of vignette curios  to the extended pieces and you have an album which ebbs and flows with impressive arrangements and sounding terrific as it  literally explodes from the speakers.  Almost a  signature series in the range of dynamics  from a quartet who have become established as names in their own right, in-demand players on the circuit,  as well as forming the bigger whole in FROST*.  Great to be able to indulge in some new music from FROST* – and any complaints about the delays? No worries – we’ve waited longer for less.

FROST are  out on tour in June 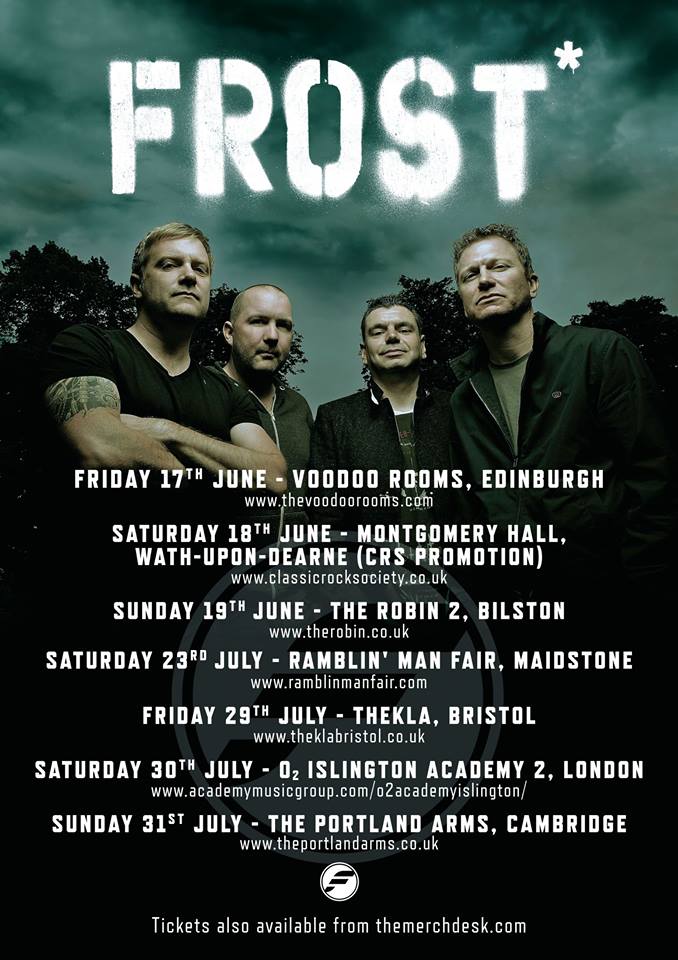