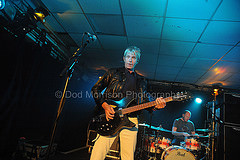 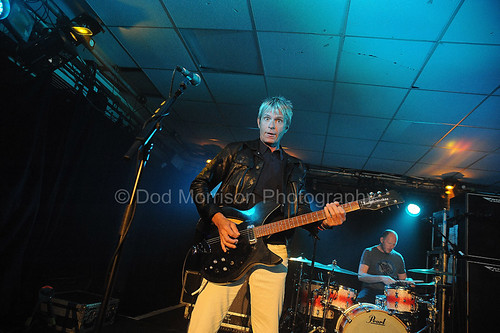 From The Jam
The Lemon Tree, Aberdeen
Sunday 18th May 2014

From The Jam are undoubtedly one of the hardest working bands around at the moment and their Sunday night gig at the Lemon Tree just proves this point.

The band have been around since 2007 with Bruce Foxton at the helm and he’s more than ably assisted by Russell Hastings on vocals and the outstanding Steve Smiley Barnard on drums. From the first few bars of the 1979 hit, Strange Town, the band were on fire and the crowd lapped it up. Bruce is still as energetic these days as he was in the hey days of The Jam and always manages to throw in a few of his legendary high kicks. Russell even commented on how Bruce had been at the gym prior to the gig. That’s dedication!

They played all the old classics that always get the crowd going including When You’re Young (1979), Eton Rifles (1979) and Going Underground(1980). Although the crowd these days are predominantly of a ‘certain age’ it still doesn’t stop them from bouncing about and fully enjoying the atmosphere, and I imagine there would be a few sore joints the next day with me included!

It’s nice to see a younger generation also appreciating the music that they’ve probably been introduced to by their parents while growing up. 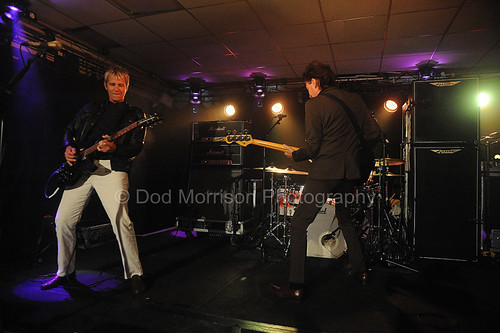 The first set closed with ‘A Bomb In Wardour Stree, from the 1978 album All Mod Cons and the band returned to do a phenomenal encore of Down In The Tube Station At Midnight(1978), Beat Surrender from 1982 which was the Jam’s final single then finished off with Town Called Malice (1982).

The evening finished all too soon but us oldies all went home more than happy as Russell promised the band would return in November to tour the Setting Sons album. I would urge any of you who haven’t seen From The Jam yet to mark the date in your diary and get a ticket when they go on sale.

See ya down the front