Home Books UK From SST Records to the Wild West: An Interview with Joe Carducci 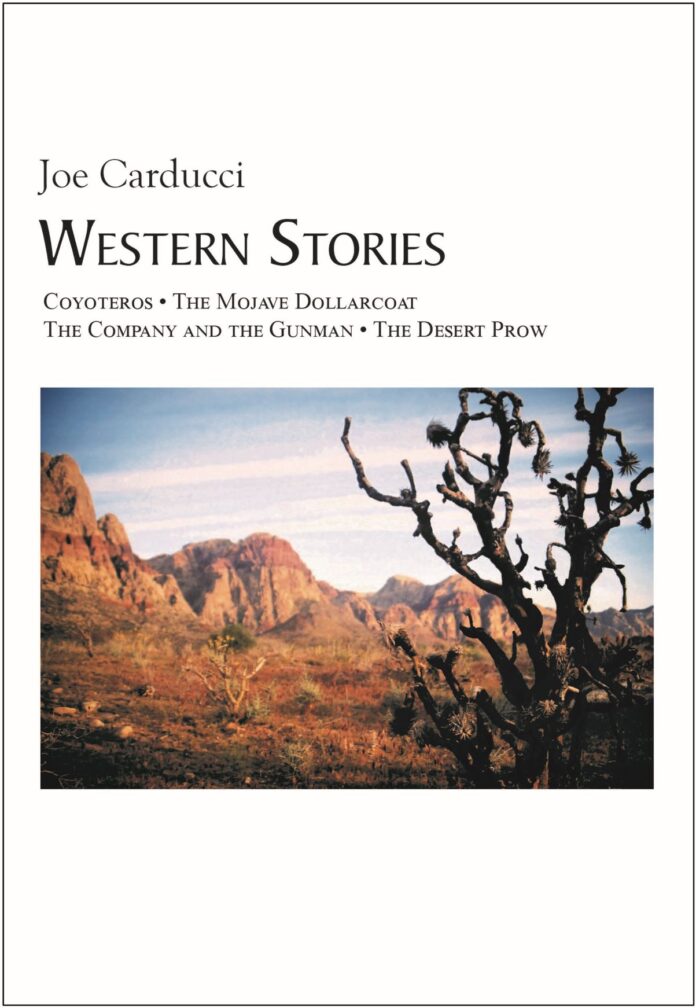 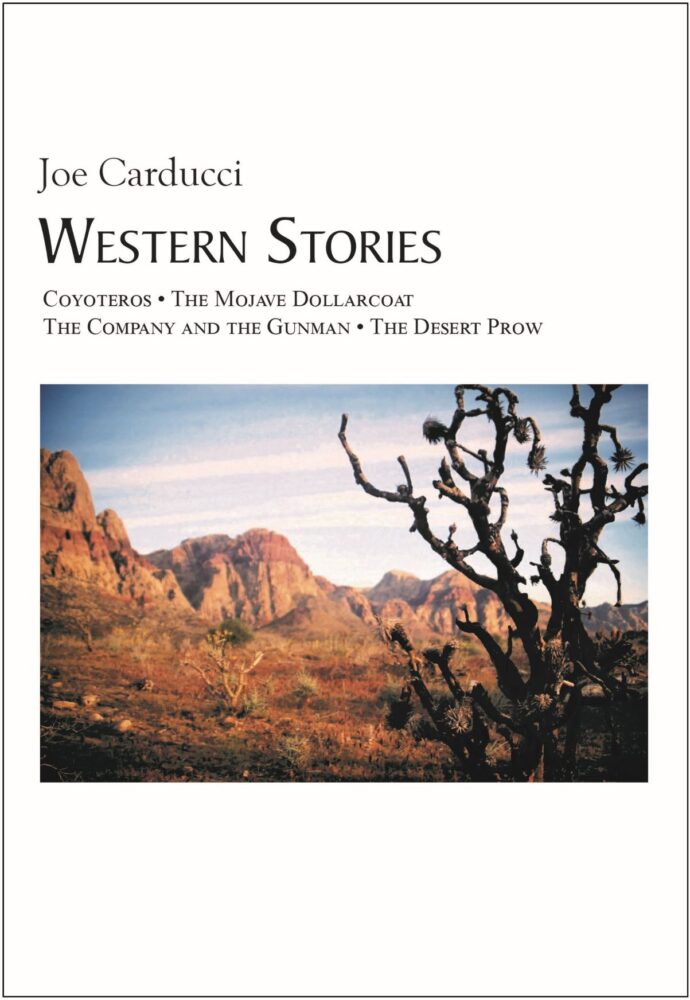 Imagine a sweeping, cinematic depiction of the unforgiving American Western landscape, punctuated by the sounds of Black Flag, Minutemen, Hüsker Dü, and Sonic Youth. That’s precisely what I dreamt of when I heard Joe Carducci, former co-owner of SST Records, had written a new collection of short stories set in the panoramic Wild West. In some ways, the greatest cowboys of the silver screen are punks in their own right, creating new rules for themselves in response to the conventional and conformist figures who lack any sense of cool.

Not unlike Robert Redford’s Sundance Kid in Butch Cassidy or Joan Crawford’s Vienna in Johnny Guitar, musicians like Henry Rollins and Kim Gordon helped to shape a new sound and culture amidst the unrelenting terrain of the mainstream. As a music writer and film professor who’s in love with “the Western,” I jumped at the chance to speak with Joe about his new collection of genre fiction.

​​LTW: From SST Records to Western Stories! What got you interested in writing fiction and screenplays after a career in the music industry?

JC: When I quit college and moved to Hollywood in 1976, I was writing screenplays badly, when punk rock opened up the music business in a way closer to the ground for a 21-year-old to get into. Music was an earlier interest of mine, just not something I was dedicated to for the long run, though I did go around and record my brother’s band, Midknight, when they played in the early 70s. (Some of those recordings came out on Feeding Tube Records last year!) But after 1976, the music zeitgeist was shaped by Slash, Dangerhouse, Rough Trade, Systematic, SST . . . so that was easy to run with for ten years, while I learned more about writing and film.

LTW: For some people, it might seem like a significant shift to go from working in the music industry to writing short stories or scenarios for cinema. Yet it seems to me that there’s an obvious through-line that runs across these different forms of creative work, yeah?

JC: I thought of myself as learning something about how the business of art worked with music, assuming that it could only help later in screenwriting. But at the time I left the music business in 1986, there was still zero interest on the part of the film side of Hollywood or other media in the music underground. Although just today someone posted an image to an SST facebook group from a skateboarding movie called Thrashin’ (1986) — theme song by Meat Loaf! — showing a young Josh Brolin wearing an SST T-shirt I drew for label promotion. I moved back to Chicago then to focus on writing, rather than networking Hollywood.

LTW: What attracts you to the American West as a space and place? 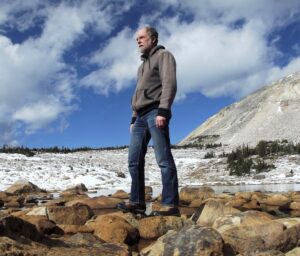 JC: The Western promises a reduction of life and society to a high-contrast, elemental structure that heightens every moment. Anthony Mann said the Western allowed you to be Greek, dramatically speaking. Period drama is more attractive, generally today, because nobody wants to watch a bunch of characters looking at their phones. This hasn’t helped the Western rebound, but they do get made.

In my telling in Western Stories, and in some from the earlier collection, Wyoming Stories, Westerns are full of the interactions of Anglos, Mexicanos, Indios, Franks, and Blacks that are more or less honorable, occurring before the later settlement of the West in large numbers by Easterners and European immigrants who demand the Army clear out the tribes. The first two stories in Western Stories are pure fiction, though the settings are true to the times, whereas the last two feature historical personages and situations. The Company and the Gunman is about the Overland Stagecoach Co., and its Rocky Mountain security agent, Jack Slade. I had intended to write just about Slade, but the company drama itself was so interesting, as it worked banks, the U.S. government, and the gold rush during the Civil War, that it became an epic about a company trying to tie the West to the East as the country is coming apart.

LTW: Thinking about those violent, racist histories you mention, the Western is a complex and far-reaching genre that can be used in a variety of political ways and at different points in time (I’m thinking about some of the Vietnam-era Westerns of the 1970s, for example, or more recent films in the genre that attempt to capture matters of exclusion based on race and gender). In other words, the Western genre is elastic – it can be employed to interrogate larger socio-political questions. Do you see yourself using the genre in this way?

JC: I try to stay in a somewhat true-to-period approach, where the realism [appears] in the small things and I can leave any general point made about America or humanity to indirection – so it’s made in relief rather than by political parable.

LTW: What are some Westerns – either works of fiction or cinema – from which you draw inspiration?

JC: I wish I was better read in fiction, but I find that there’s so much non-fiction to read to prep my own fiction, that I have no time for it anymore. I noticed Luke Short wrote the source lit of some good Westerns, so I’ve picked up his paperbacks, but can’t say I’ve taken the time to read them yet. I watched a lot of films for my Stone Male book, and I’d say that My Darling Clementine (1946) seems to be the most accomplished and ambitious production – definitely a film to study [in] how it tends to its many characters.

It’s interesting to contrast it to Ford’s The Man Who Shot Liberty Valance (1962), where he had the script and the cast, but didn’t quite have the budget to avoid some television-like set-ups. I like the Anthony Mann and the Budd Boetticher Westerns, especially Mann’s The Naked Spur (1953) and The Far Country (1954), and Boetticher’s Ride Lonesome (1959) and Comanche Station (1960). Peckinpah’s Ride the High Country (1962) is great, and I like Fistful of Dollars (1964) and For a Few Dollars More (1965), but after that Leone gets into ‘White Elephant territory’ as Manny Farber might put it.

LTW: That should give readers a good list for expanding their knowledge of the genre! In a similar vein, who are some writers and filmmakers – creating Westerns or otherwise – whose work has been generative for you? How about musicians?

JC: I got to talk to Budd Boetticher a couple times early in my research on the film book, Stone Male, and I wish I’d gotten to talk to him again later in my writing process, too. The best of his Westerns were written by Burt Kennedy, who seemed miraculously acclimatised to the low budgets available in the late-fifties for Randolph Scott vehicles, though Kennedy’s own later work as a writer or director is mostly disappointing. Clint Eastwood is the winner of the post-studio era, which might’ve been even more difficult, to be your own star yet have the producer’s discipline to cut budgetary corners and guarantee profit for the company and distribution partners. For music, it would have to be Black Flag, who had that Eastwood discipline as they released records and invented the touring circuit in America by playing anywhere they could set up if it was a town they hadn’t yet played.

LTW: As someone who was immersed in music and the music industry, how do you conceive of the “soundtrack” to your fiction and screenplays?

JC: I don’t think I do imagine a soundtrack. One of the magical aspects of putting music to a film is how many different things can work: traditional orchestral scores, minimal rock-oriented music, or other anachronistic instrumentations for a period piece. So I try to leave out everything but the action, setting, and dialogue. If you think about the old Hollywood model of scoring Westerns, it’s also anachronistic, but it was carefully evolved and was part of Hollywood’s lesser-observed capital investment in sound design, which also did much to set the world’s cinematic standard.

LTW: Historically, Westerns have had fascinating scores and incredible composers creating them (e.g. Ennio Morricone). So beyond soundtracks, if you could have a composer develop the scores for your new work, who would you select?

JC: As I said it’s hard to imagine it. If you look at Two Mules for Sister Sara (1970), you have Don Siegel directing a Budd Boetticher story with Clint Eastwood starring and producing, but the thing that works the best and is the least anticipatable is Morricone’s crazy theme, with its donkey-bray Gregorian juxtapositions! The theme practically carries the film, even though a donkey is not a mule…

LTW: I’ve gotta ask because of your work in music: what kind of a Western might have a soundtrack featuring Black Flag, the Minutemen, Hüsker Dü, Sonic Youth, and Meat Puppets? So, an SST Records Western, if you will…

JC: I could imagine a cracked Western scored by the Meat Puppets circa 1982-83, maybe set in [the] future, after the next world war sets us all back in time.

Let’s hope someone makes that film. In the meantime, Joe Carducci’s Western Stories will be published on 28/09/21. You can pre-order the book from Redoubt Press.