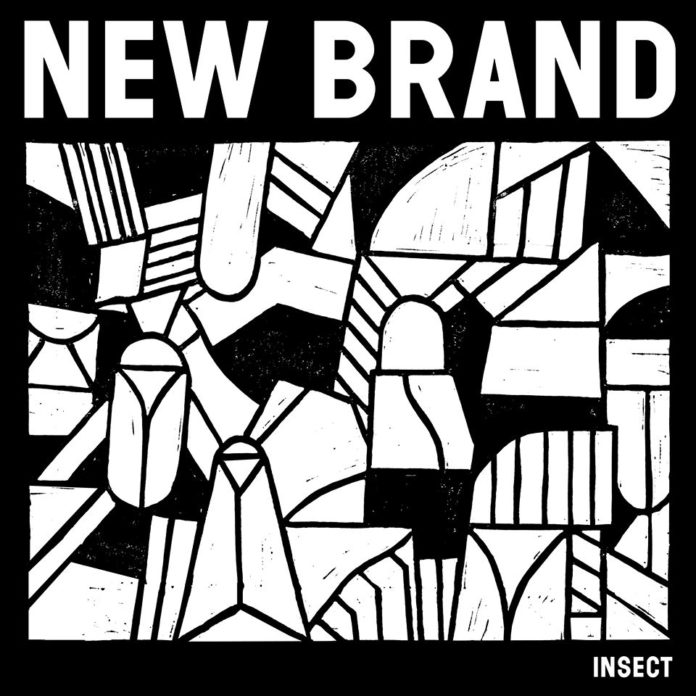 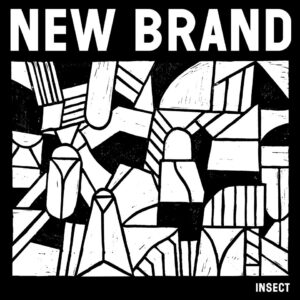 Amid these unprecedented times three new releases from Bristol bands highlight as ever the diversity of this city’s sounds.

The distinctly Massive Attack/Tricky territory which New Brand inhabit harks to what used to be known as the ‘Bristol sound’, though truth be it that Bristol has a myriad perplexity and depth of music. But the feel of this trio’s debut EP, Insect, is definitely in that area, a prowling bass, a thwacking drumbeat, quirky female poetry/rap vocals and a deliciously insistent dark vibe.

Theirs is a trip-hop-infused cinematic rhythm, with the second track, the Immovable Object Mix being an electro-soup of funky hard rhythms and angles, the ethereal vocals of Luis Ruocco overtaken by the urgent rap poetry of guest vocalist Nadinne Dyen. “Denial is the death of a butterfly”, she enigmatically intones over the backdrop of Pete Webb’s bass and Nick Doobay’s drums. A strong start to what will be the band’s first three releases leading to an album later in the year. 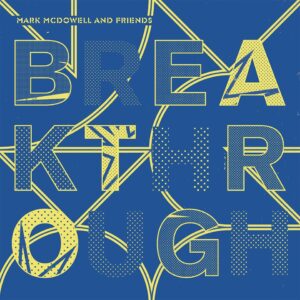 From the cinematic to the twang of surreal guitars. Mark McDowell And Friends‘ excellent Breakthrough album, their sixth to date, builds on the psychedelic 1960s/70’s British folk/sun-soaked US West-coast influences of their earlier stuff.

The title track is a fine example of the kind of free flowing, mind-bending, trance-like instrumental atop a classic folk bedrock which underlies much of the album. Indeed Starstreamer follows in this mode while other tracks like Sit 13 and First Light are pure 60s shimmering folk-tinged pop, with addictive hooks, lines and sinkers. De Facto (Ode to Arthur Lee) plays out with a long guitar and moog jam which the Love man would surely have appreciated.

It’s a lovely evocation of a past age which seeps into today’s consciousness with equal effect. As the promo notes put it ‘…balances themes of uncertainty and euphoria – from life in dystopian living spaces to escape into the haunting beauty of the fields and woods.’

“I’m walking through a world that has been blinded by the rhetoric of fools”, is another highly apt sentiment for these times as voiced in the lyrics on November Bees’ Pot Called Pan, the first track off their new album Claw An’ Feather. Or “Look a little closer there’s a risk of being locked in”, on, appropriately enough, Locked In.

This second album by this other Bristol trio following on from 2018’s In A Dissonant Light again highlights the cleverly haunting vocals of Mark Van Vasey with an eclectic array of tracks, jaggedly fluent and lushly rhythmic undertows and a very English lyrical narrative sensibility to it all.

There’s a Nick Cave-ish (albeit an English Nick Cave) feel to some numbers (the building, gradually euphoric, and probably stand-out, I See No Sign of Sense, and Locked In), a fleeting Captain Beefheart air and a wonderful airy vocal chorus that floats over others. There’s a solidity and a grit to all of its inventiveness, snatches of jazz, garage rock, indie, an overall compelling quirkiness. Whilst All The People Sleep is another – prescient – echo of our present state.

The playing is marvellously diverse, bassist Rob Conn, drummer Steve Dew and Vasey himself all mixing a variety of instruments and creating a highly satisfying pot-pourri of influences and originality. The whole is uniquely and hugely affecting.

So, three very different, all superb, and highly recommended productions from a city that may be sleeping in the lockdown state we’re all in but with its’ creativity still bubbling away underneath, above, and beyond…Bristol style!

Mark McDowell And Friends released Breakthrough on Fruit de Mer’s ‘Friends of the Fish’ label. Keep up with them on their website or their facebook page or on Twitter

November Bees album Claw An’ Feather is self released, under the title of Amitriptyline Records. Keep up with them on their website or facebook page