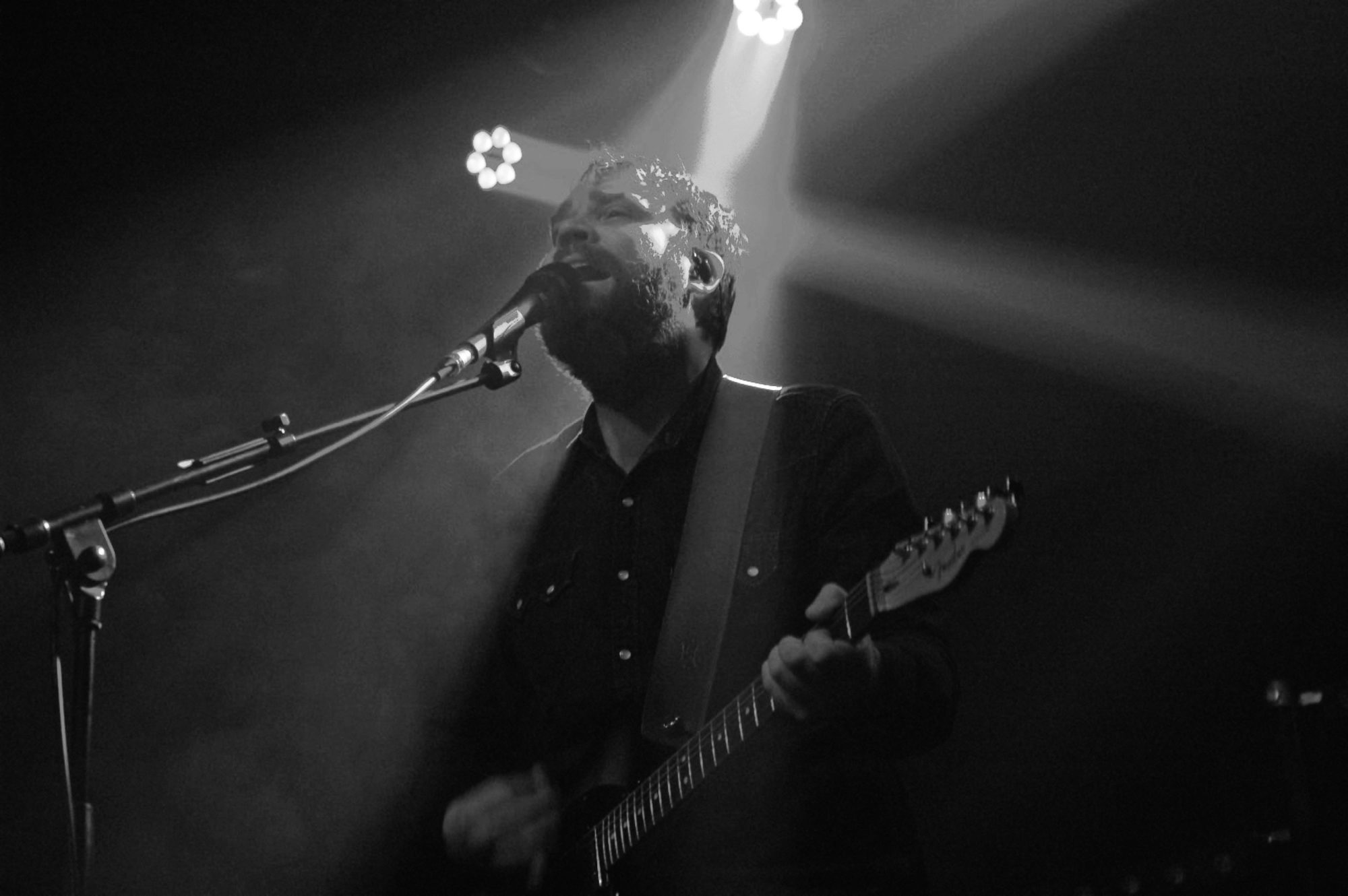 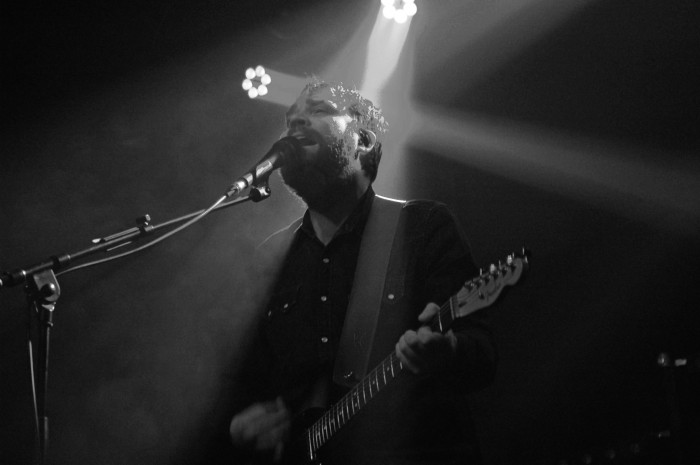 When Scott Hutchison left Scotland for love and a new life Stateside, the future of his band Frightened Rabbit was uncertain. With the most commercially successful album so far under their belt – 2013’s Pedestrian Verse – Hutchison moved to LA to be with his girlfriend, and a new chapter for his musical bairn began. The band suffered the acrimonious departure of guitarist Gordon Skene, then Hutchison released his solo Owl John album, which loosely charted the run up to his life’s leap in to the unknown. But far from signalling the end for a group which began as a solo project then found full voice with the involvement of all its parts, time and distance, along with some wise decisions, proved to be their saviour.

Tonight sees Frightened Rabbit come full circle, gracing the Art School stage where the spark really ignited for them back in 2007. Under the moniker Footshooters, in a not-so-secret secret homecoming gig, this is the very first chance the band has had to perform their latest clutch of songs together live, following just a fortnight of rehearsals. Now with added Owl John and Frabbits contributor Simon Liddell as an ‘energising’ full time member, tonight is time to test the waters in front of friends, contemporaries and hardcore fans.

There’s no warm up act and a strictly structured setlist is in place as the band learns to bring to life the new songs, which have been penned and worked on across continents. With the divide of time zones and seas, Frightened Rabbit have returned to a fragmented way of writing – reversing the collaborative formula that swelled Pedestrian Verse to burst. Tonight sees all five members immersed, with fears cleansed and purpose reborn.

When they last played Glasgow in late 2013 it was a far grander affair, but this evening has an intimate air. Just two songs from the last album emerge – the chest-bursting frenzy of ‘Holy’ and the anthemic key-change of ‘The Woodpile’ at respective ends of the set. Almost half of the hour-short show is left for tracks from the forthcoming fifth album, Painting Of A Panic Attack, leaving no doubt Frightened Rabbit has truly hit its stride, with agitated urgency tamed to leave room for the group’s main strength – Hutchison’s remarkable songwriting.

From the unapologetic pop punch of set opener ‘Get Out’ to the driving sickness of ‘Woke Up Hurting’, it’s clear they’re aiming higher, without needing to necessarily sound bigger. ‘Break’ is perfection – a thumping explosion of frenzied chords and choruses, the essence of Frightened Rabbit in just three exhilarating minutes.

Far from the sun-soaked joy-fest that could have followed Hutchison heading off to happiness, his panacea wasn’t quite as unblemished as he’d hoped, and he’s still growing older disgracefully (‘I Wish I Was Sober’). His circumstances may have changed, with his heart now content, but moving presented its own problems, revealing new stories still very much worth telling.

It’s all over far too soon – an accelerant of anxious energy drives back catalogue classics ‘Living In Colour’, ‘Fast Blood’ and ‘Nothing Like You.’ It’s a thrilling head-rush before a one-song solo stint with new album closer ‘Die Like A Rich Boy’, as lyrically accomplished as ever, then menacing show closer ‘Lump Street’ ends with no encore.

These new songs will undoubtedly propel Frightened Rabbit further, but don’t expect an escalation to nauseous primetime duets with talent show starlets. The band’s perceived slow burn has only served to help them traverse the tricky line between credibility and exposure – Frightened Rabbit unashamedly aim high and yet still feel so special, and tonight reminds us exactly why they still are. 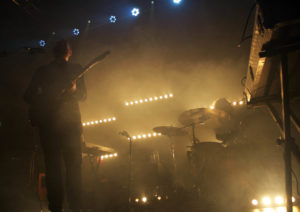 Words and pictures by Susan Le May. More work here or find her on Twitter at @alcoholiday_sue.