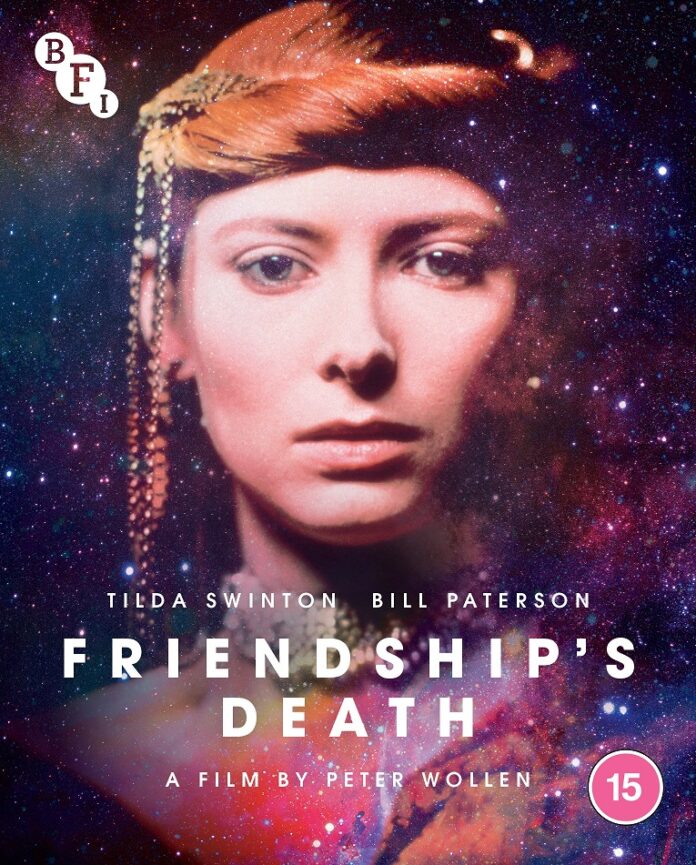 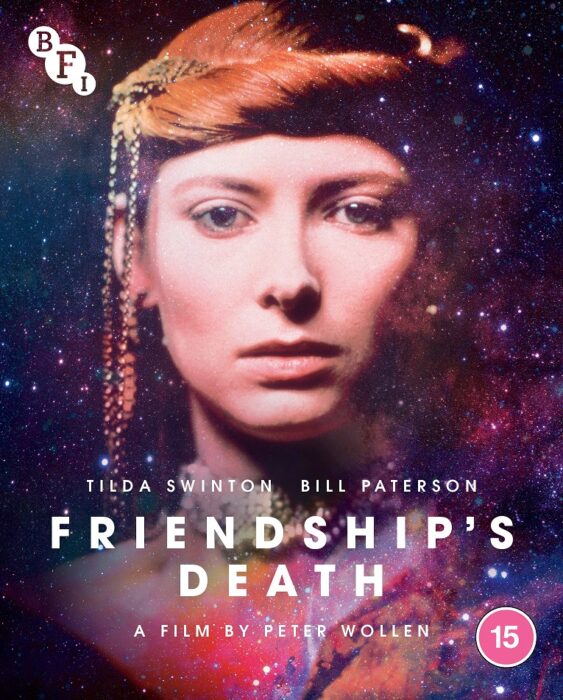 If so, Friendship’s Death just might be for you.

The only feature-length film to be solely directed by renowned film theorist Peter Wollen, Friendship’s Death is political, philosophical and experimental. It’s also a science fiction film, though it shares little in common with any special effects heavy Hollywood spectacles of recent years like Avatar, Inception or Valerian.

This curiosity, though, has been mentioned in connection to Nicolas Roeg’s The Man Who Fell to Earth (1976), with some publicity materials even referring to it as ‘The Woman Who Fell To Earth’.

David Bowie starred in Roeg’s film, where an alien crash lands in New Mexico hoping to find a way to save his drought ridden home planet, while here Bowie’s friend Tilda Swinton plays Friendship, an extra-terrestrial android sent on a mission to help save Earth from itself. Of course, Swinton performed on the promo for Bowie’s The Stars (Are Out Tonight), with many commentators noting a strong resemblance between the pair.

Over some very grainy stock footage, Sullivan, a Scottish war correspondent played by Bill Paterson, remembers his time in Amman during the events of Black September in 1970, when displaced Palestinians battled it out with the Jordanian military. We see bomb ravaged streets and a plane hijacked by the Palestine Liberation Organization going up in flames on a runway.

Friendship is brought to Sullivan by the PLO. She claims to have just arrived in the country but has already lost all her papers and belongings. Sullivan is instantly intrigued by her. You would be. An odd mix of naivety and sophistication, she possesses a bizarre charm and being tall and slender, with long red hair swept back from her face, she’s also highly striking. 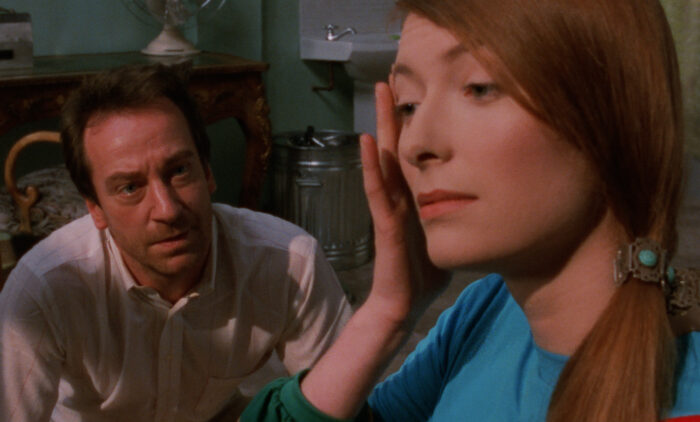 Soon she declares herself to be an envoy from Procyon in a distant galaxy. ‘I’m a highly sophisticated data gathering technology,’ she explains, as if this should be no big surprise to him. Friendship had intended to touch down at Massachusetts Institute of Technology, before hopefully going on to speak at the UN, where she wanted to warn humankind of their likely self-destruction. Instead, due to a probe malfunction, she landed over 5000 miles off course.

The flippant journo jokes about her story and pours her a very large Johnnie Walker Red Label. ‘Let’s drink to outer space!’

There’s no attempt to make Friendship appear physically alien. But there is something distinctly other-wordly about her presence, like the way she knocks back the whisky in a single gulp, as if it was water – and seemingly without effect. Then there’s the way she shows absolutely no fear at the sound of nearby gunfire or whenever gun-toting Palestinians rush into the hotel to fire some rounds off into the street below.

Sullivan wonders if she’s maybe suffering from some form of shellshock. Or that she might be insane. Or even a secret agent. 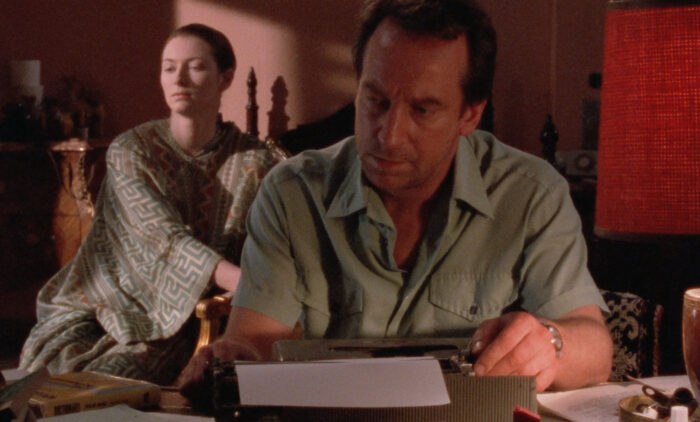 Magpie like, she begins collecting an array of brightly coloured objects like nail varnishes and a green lightbulb. She changes her hair on a daily basis and displays a fast-evolving dress sense.

On Sullivan’s recommendation, she takes a day trip to Jerash to see some ancient ruins and is briefly arrested by Jordanian soldiers while there. Not that we see this, it’s relayed by Friendship during one of her many conversations with the journalist. There is a moral dilemma she faced while in custody which could have injected some real tension to the drama, but with limited funds, this would have been impossible to shoot convincingly which is a little frustrating. Not that budget is everything.

Friendship’s Death was filmed over two weeks at Twickenham Film Studios at a cost of only £180,000. Luc Besson’s Valerian, to take just one example, was estimated to have cost upwards of $180 million. Low budget but high concept, I found Wollen’s idiosyncratic independent a much more engaging watch than Besson’s space opera, with two far superior central performances. Even this early in her career, Swinton demonstrates her exceptional talent while Paterson, always a likeable onscreen presence, absolutely convinces as Sullivan.

Fascinating but flawed, the film would make a fantastic double bill with The Man Who Fell to Earth.

Friendship’s Death has been newly restored by the BFI National Archive and is available on Blu-ray and DVD for the first time.