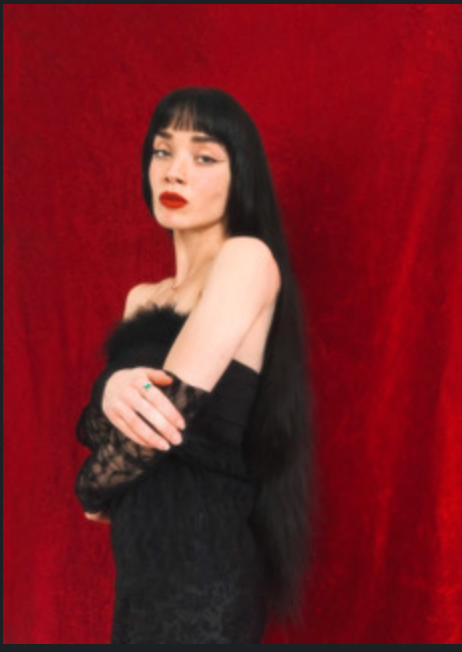 First written about on Louder Than War and one of our tips for 2021, Freya Beer has announced a new single – ‘Siren’ out on Feb 26th on Sisterhood and is planning a May tour as well!

“Freya Beer has the voice. It’s stark emotional and powerful “ – LOUDER THAN WAR

Bewitching alternative singer-songwriter FREYA BEER returns with her first new music of 2021: “Siren” – out 26th February via Sisterhood Records. The track is cut from her highly anticipated debut album, scheduled for release later in 2021. Originating from West London but currently residing on the south coast, Freya Beer deftly mixes poetic lyrics inspired by Charles Bukowski or Anne Sexton, with a distinctive gothic noir of Nick Cave, Johnny Cash, and David Lynch.The latest addition to her canon, “Siren” is a fine case in point. An intoxicating brew of lyrical incantations and artful mystique, paired with arrangements of a piercing intensity. Taking its title from the J.W. Waterhouse masterpiece The Siren, Freya’s single finds her unearthing new secrets in those channels of renaissance art and mythology, while re-appropriating the feathered flare of 70s era glam in her own shadow. As Freya elaborates:“Ever since I began writing I’ve always turned to art for a starting point on my songwriting journey. I’ve found I work best visually, hence why I like to research into a lot of art/films/photography to improve my skills. Sonically, the guitars, in particular, were inspired by Roxy Music’s album For Your Pleasure.”Although initially written and recorded in Manchester back in 2019, “Siren” has been given a fresh look for 2021 with the track re-recorded, mixed and mastered with Pete Hobbs (from The Boy Least Likely To), with whom Freya also recorded worked with on previous single “Arms Open Wide”. Laying her commanding vocals and ensnaring guitar hooks down at home, live drummer Owain Hanford added the percussion from his base in Hereford. While 2020 proved a major stumbling block for many artists, for Freya it was a year of breakthroughs and self discovery. Earning repeated airplay on BBC6 Music for her single “Dear Sweet Rosie”, her follow-up single “Arms Open Wide” repeated the pattern before being listed in The PRS’ Top 20 Songs of 2020. Utilising the enforced time away from the live stage to her advantage, Freya began to experiment with a series of timely covers; casting her unique spell over classics like John Lennon’s “Nobody Told Me”, Lana Del Rey’s “Happiness is a Butterfly” and Donovan’s “Season of the Witch”. A darkly inviting cover of Slade’s “Merry Xmas Everybody” also saw Freya raise cash for Salford’s Loaves & Fishes food bank, for whom she also played several online fundraising gigs during the lockdown. Discovering new audiences and in-turn more about herself as an artist throughout the year, these creative experiences provided a powerful stimulus in finalising her debut album: ‘Beast’. Completed between London and Manchester, the record is due for release later this year via her own Sisterhood Records.To coincide with the album release, Freya has a major UK tour planned for May this year. Shows include venues in London, Manchester, Bristol, Birmingham, and Glasgow. Full dates and details as follows: