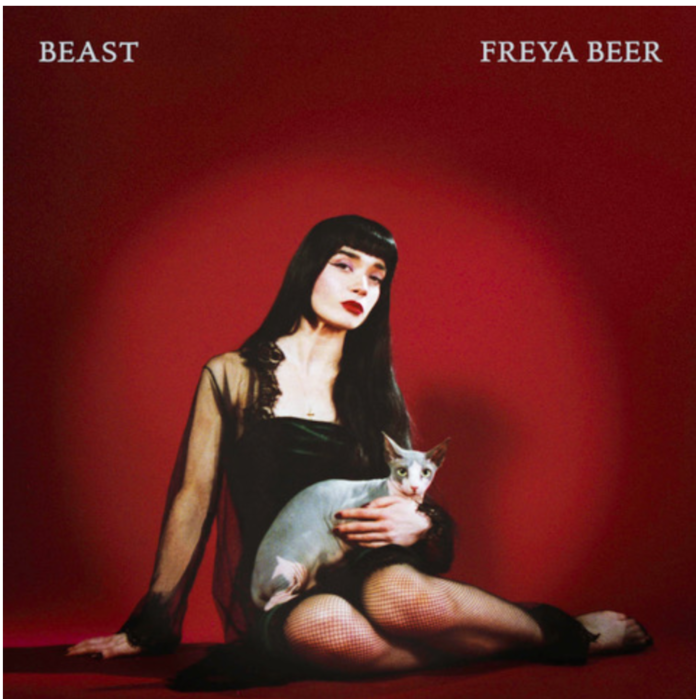 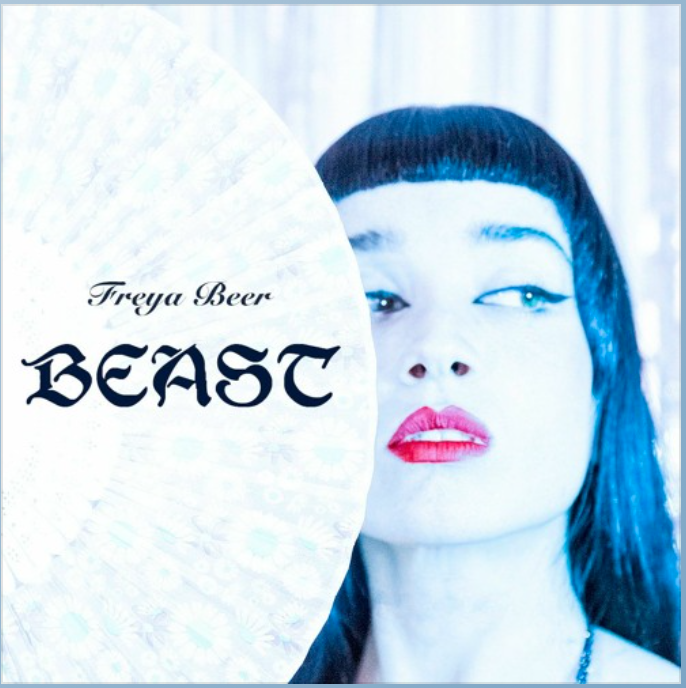 Today, FREYA BEER can confirm the release of her long-awaited debut album: ‘Beast’.

Released via her own Sisterhood imprint, it will be available digitally and on CD, on Thursday 7th October 2021.

Letting the news off the leash with one of the record’s most ensnaring moments, Freya is accompanying the announcement with the unveiling of its title-track, “Beast”, which you can listen to right now.

LISTEN ON SOUNDCLOUD HERE || STREAM ON ALL SERVICES HERE

“Don’t tell me this is wrong to enjoy all these feelings”, Freya purrs with a lip-smacking sense of relish. A song all about the conflicting feelings that can shadow a sense of empowerment, “Beast” finds Freya stepping into the shoes of Lady Justice and taking the scales into her own hands. Laden with the typically evocative imagery we have come to expect from the London songwriter, its lyrics toy with our notions of lust and love, guilt and the truth, the milk of human kindness and the poison of power; to create something exhilarating and asphyxiating in equal measures.

Produced by Peter Hobbs (The Boy Least Likely To), it’s a track of unrelenting intensity that locks the listener with clenched jaws from the outset. As its spiralling arrangements hypnotise and Owain Hanford’s prowling percussives paralyse, its Freya who delivers the deathly sting in the tail with puncturing guitar barbs that will spare no-one in their path.

“Beast” will be accompanied by a music video as-directed by Paul Gallagher and edited by Pete Kingston, to be revealed very soon.

The latest in a string of captivating singles, “Beast” follows previous cuts “Siren” and “Calm Before The Storm”; each paving the way for one of 2021’s most anticipated new releases from one of its most defiantly uncompromising new talents.

Freya Beer has earned a reputation for music that mixes poetic lyrics inspired by Charles Bukowski or Anne Sexton, with the distinctive gothic stylings of Nick Cave, Johnny Cash, or David Lynch. Highly literate in her reference points both musical and written, they shine no greater than on the obsidian sheen of her bewitching debut album: ‘Beast’.

Unphased by the isolating impositions of the previous year, Freya used the period’s foreboding limitations as a means to feed her art and blossom as an artist. Using her time away from the live stage to connect with her creative impulses on a deeper level, she began to nurture and raise the debut album she had always wanted to make.

Delving into the aspirations of the dreaming to the lucid nightmares of the living, the songs of ‘Beast’ find Freya blurring fiction and reality with a disorienting daze. Scouring the silver screen for nuanced narratives, many of the songs of ‘Beast’ glean initial inspiration from characters seen in classic cinema. Distorting their stories and injecting traits of her own volition, their journeys soon become very different prospects. As Freya explains:

“ With most of my songs I always tend to take inspiration lyrically from film story plots that I’ve interpreted into my own personal experiences,” she says. “The songs of “Beast” all have elements of empowerment with a gothic undertone. The album takes you on a journey, right from the opening title track (“Beast”) that follows through a euphoric dream of a devilish figure to the closing track of “Put it to the Test”.”

Pairing vividly expressive imagery to soundscapes of a glowering noir, it’s an album that finds Freya at the epicentre of a maelstrom of sound and imagination; and in complete control.

A record that places artist and audience in a restless pursuit of predator and prey, the songs of ‘Beast’ will both pull at the heart-strings with moments of unadorned innocence, before pincering souls and ear-drums alike with instances of merciless sonic thrash. From the snarling punk of opener “Beauty” to the disarming solo strums of “Pure”, the encircling eeriness of more esoteric moments like “Secret Garden” or “To The Heavens and All Their Work”, to the tempestuous post-rock venturings of tracks like “The Calm Before The Storm” and the engrossing album closer “Put It To The Test”; ‘Beast’ is a record that constantly plays with the listener as they play it through, with Freya always holding the reins.

Writing the majority of the album in the secluded shadows of the lockdown, during some of the previous year’s more libertarian opportunities Freya was able to maneuver between studios in Manchester and London, where she would complete the finished recording of ‘Beast’.

Among the album’s featured personnel, longstanding drummer Owain Hanford provided all percussion, Arnoldas Daunys played bass, whilst lead guitar was laid down by Peter Hobbs (The Boy Least Likely To), who also produced the whole album. Amidst the set, BBC 6 Music championed single and fan favourite “Dear Sweet Rosie” also features; with the previously recorded track created in 2019 with Dave Fidler and Andy Hargreaves at The Fuse, Manchester.

The album artwork for ‘Beast’ was photographed by Paul Johnson (Say Goodnight Films), accompanied by Jupiter – the Sphinx cat.

A record of primal power and animalistic instinct, ‘Beast’ is an arch art-rock debut for our times. Calculated in its vision and complex in its articulation, it’s a cat-and-mouse chase through a labyrinth of literature, legend and loudness that lurks in the least-likely of places. An album to devour and savour, over and again, ‘Beast’ will be released on 7 October 2021.

To coincide with the album release, Freya has a Major UK tour with her band, planned for November and December this year. Shows include dates in London, Manchester, Bristol, Birmingham, and Glasgow, Full dates and details as follows:

Tickets on sale now at www.freyabeer.com 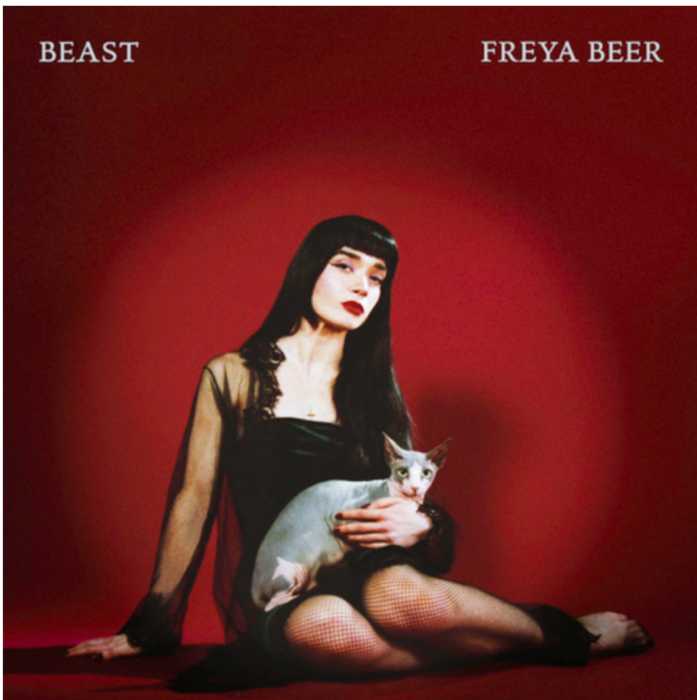