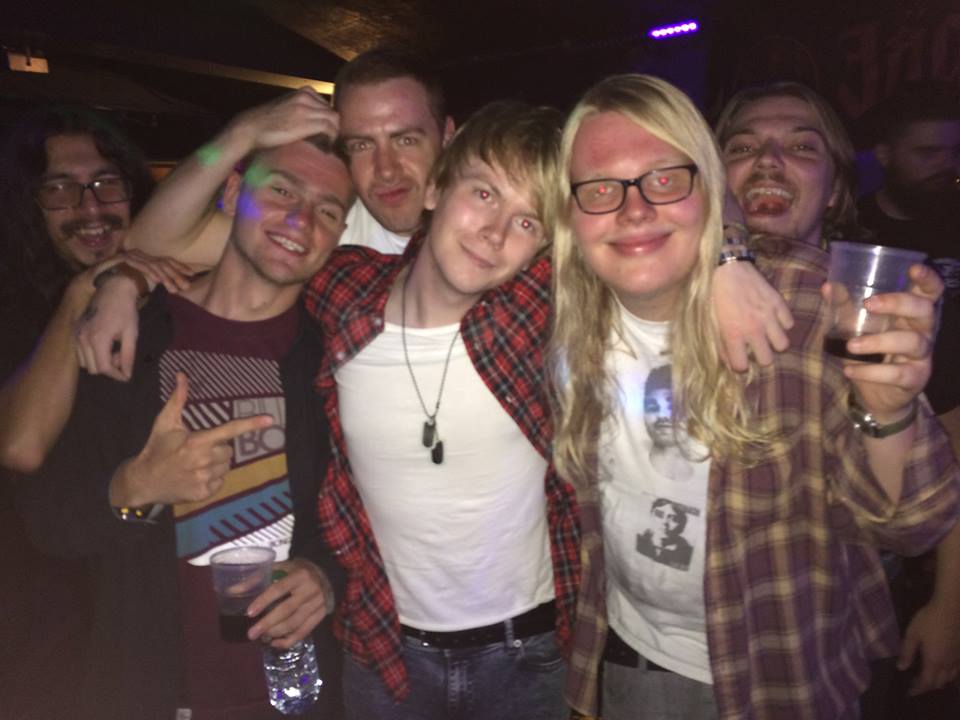 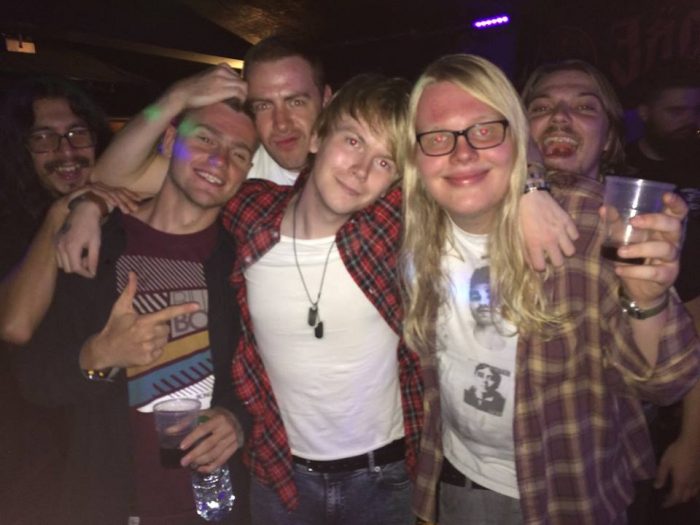 There’s a scene in The Simpsons where everyone’s favourite family are embarking on their annual summer trip. It’s the usual case of humid hubris, suburban sighways and banal board games, but within it is a sparse sense of potential personality upgrades. Lisa Simpsons knows this; as the car glides out and into the unknown, she sighs and says: “goodbye, Lisa Simpson.” Now is her chance – after years as an adroit admonishment, she can now embrace the beauty of the unknown. As Freshers Week leaves and rolls around us like a wave of beer, brochures and beachballs, how many of us have felt those pangs of reinvention?

It has almost become a rite of passage; when in the old days the milestones of young adulthood concerned learning to drive a car and marrying the librarian’s daughter, in 2016 adolescent accolades have shifted, and one part of growing up that demands a weary tick off the life list is going to, and subsequently surviving, Freshers Week. It may only be seven days, but it’s the crucial shaping of socialism, the first flush of flatmates and friends, the gateway to grubby sexual encounters that are laughed off over a flirtatious game of Cards Against Humanity. It is where those shackled by sixth-form innocence surrender their social celibacy, sacrificing their sensibility for the innocent intoxication, the giddy heights and the voluminous vouchers.

Within the activities is the sense of trepidation that comes from being in a new environment. Even if, in three weeks time, your flatmates don’t become your best friends or, more importantly, your drinking partners (and, like in all walks of life, such activity demands strength in numbers), you’d have still felt that unflinching urge to impress and fit in. Whether you’ve finally escaped the clutches of your council estate or are just enjoying a year in halls before returning, triumphantly, with a holdall of unwashed clothes to your parents’ house, this initial week is a chance to prove your panache against people from different corners of the globe. 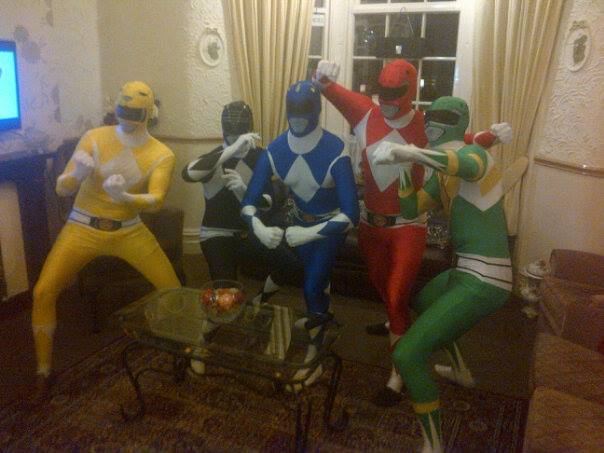 There is an exciting level of pressure and reticence as you scour Facebook for your future flatmates, trying to decipher, like M.I.Sesh, whether they are able to successfully match your mettle. There’s the sense of excitement as you finally walk into your newfound freedom, articulating your individuality subtly through Pulp Fiction posters and a Beer Pong table that’s been hidden in your auntie’s airing cupboard. And, finally, there’s those initial anxieties that at some point this week you could be found out – they could, like Lisa Simpson before you, dig out your yearbook. They could find derision in your hipster friends. They could laugh at your limp attempt at smoking a shisha. It could all crumble within just one week, or in seven days’ time you could become a campus conduit.

Wrapped around this wonderment is the commercial clout behind Freshers Week. Companies that court the student demographic become departmental despots, grabbing space on the green and stuffing every spare pocket with vouchers, bookmarks and, if you’re lucky, free pizza. Event invites become like loose change in your pocket – unloved, unspent, unmourned. And then comes the nightlife – it can, alas, be a time of surrender, as you veto your usual spots in favour of frequenting the main bars and clubs of your new location. Your indie or rock tastes may be tarnished as you go along with the crowd to a nightclub that reeks of promise, purpose and Lynx Africa, and again there is that sense of sacrificing your old self in order to fit in, but this is the way it must be, even if it’s only until the following Monday’s funereal blowout. Sometimes, we are caught between showcasing our usual drunken self, whether that be a surprisingly coherent savant, a vengeful lout or a lust-fueled lech lecturer, and adopting a newfound pissed persona, someone that won’t upset the apple cart (but will probably knock it over).

At the final event, there is a tingling tangle of cathartic cheerlessness and apocalyptic adventure. From the pre-drinks that usher in your first week of study – the routine trip to the corner shop, where the shopkeeper is beginning to ease in his blustery banter – to the token music act that is rolling back the years by urging students to stage dive and not to worry about deferring, the night is replete with those that are slowly coming out of their shells, those that have rushed headfirst into a flat relationship and will spend the rest of the night eating pasta naked, those that are still trying to lose their campus cherry and are offering dissertation assistance as a bargaining tool, and those that sense this might just be the last night they have any fun before the saddening surge of seminars kicks them square in the knowledge. 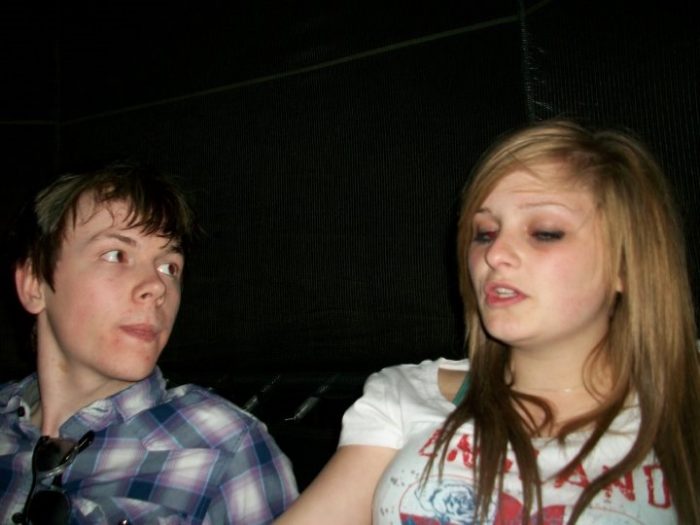 At the end of it all, you feel like it’s been a harrowing holiday, where the stragglers retired to bed with eight litres of orange juice and a clutch of codeine, and even those that haven’t slept since their Year 13 prom are now shoving their head into a cauldron of cornflakes. You may have shed away your old self, you may have added to your friends or you may have left your old ones – who are now somewhere in Wales trying to master rugby and rimming – in the shadows, or you may have realised that the only way to survive university is to be yourself.

Freshers is an adventure, a taste of tenacity and a rollicking ride into reckless, apology-free abandon that serves as a perilous pre-cursor to the pain of presentations. It is a yearly event that ushers you in with wild aplomb, slaps you round the face and keeps you on your toes until the final Bell’s tolls. And the best thing is you can do it for another two years, only this time you can advise those flushed freshers to perhaps think twice about the lager-fueled lovebites. As the flyers furrow limply in the gutter, surrounded by half-eaten pizza, empty red cups and crinkled cans, you realise the battle has been won. Now bring on the war.