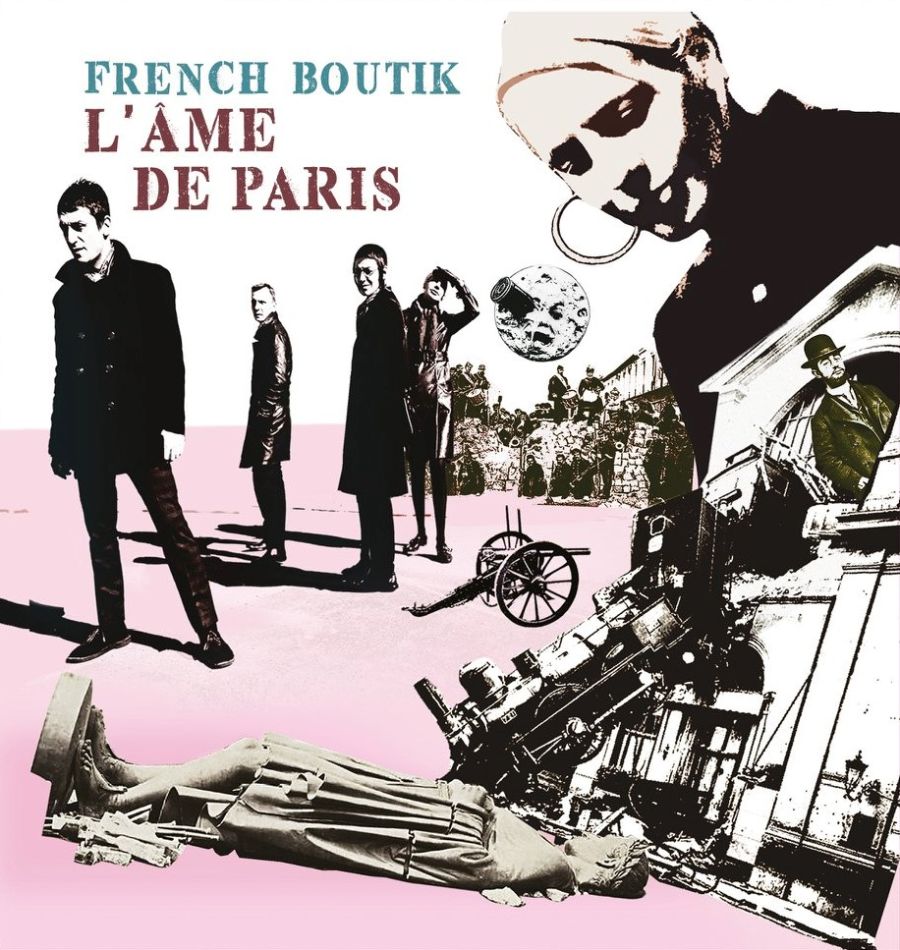 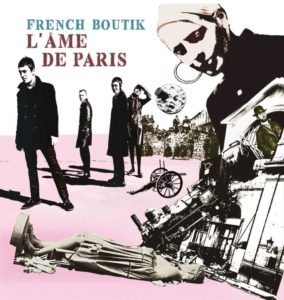 French Boutik are a breath of fresh air, with their own original take on the Mod scene. They seem to “get” the Mod ethos better than most bands, who regurgitate and emulate what’s gone on a million times before. This sharply-dressed Franco-American boy-girl moderniste quartet, who mainly sing in French (with some English lyrics) consists of Gabriela Giacoman on lead and backing vocals, Serge Hoffman on guitars, lead & backing vocals, Zelda Aquil on drums & backing vocals and Jean-Marc Joannes on bass, with regular guest keyboardist Olivier Popincourt, who is a solo artist in his own right, and Susanne Shields on flute. They are talented, painfully stylish and have a colourful sound. Now go and buy the record! That was easy, wasn’t it? OK, let’s set the scene a bit.

The male-female lead vocals of Gabriela and Serge compliment each other well, not just for obvious reasons, but more do do with the fact that hers is smooth and silky, while his is kinda rough and laddish. Drummer Zelda also throws some nice harmony vocals into the mix, as well as her fucking incredible drumming techniques. The band put a lot into the way they treat songs, with creative rhythms and song-structures, never repeating the same tempo and style and often adding quirky twists and interludes into the mix. Their ‘60s/Mod influences inform the songs, but they never resort to cliches: no Taxman/Start bass riffs, no crashing Townshend power chords. Time signatures and song arrangements are clever and complicated at times, but always for a reason: never for the sake of it.

It’s ironic that in the face of the dreaded BrexShit, the band that understands and delivers the Mod manifesto – a quintessentially British movement, is a French band. Get this: French Boutik make Mod great again.