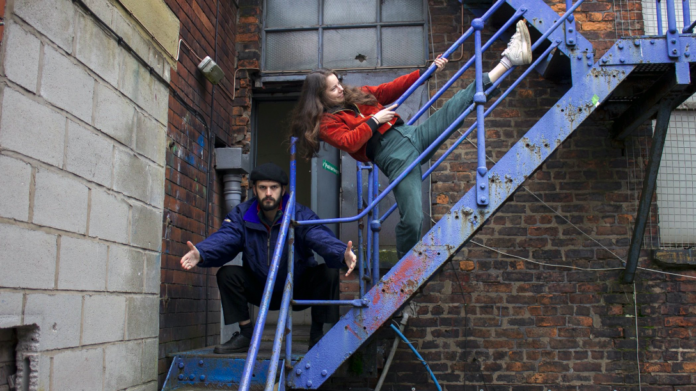 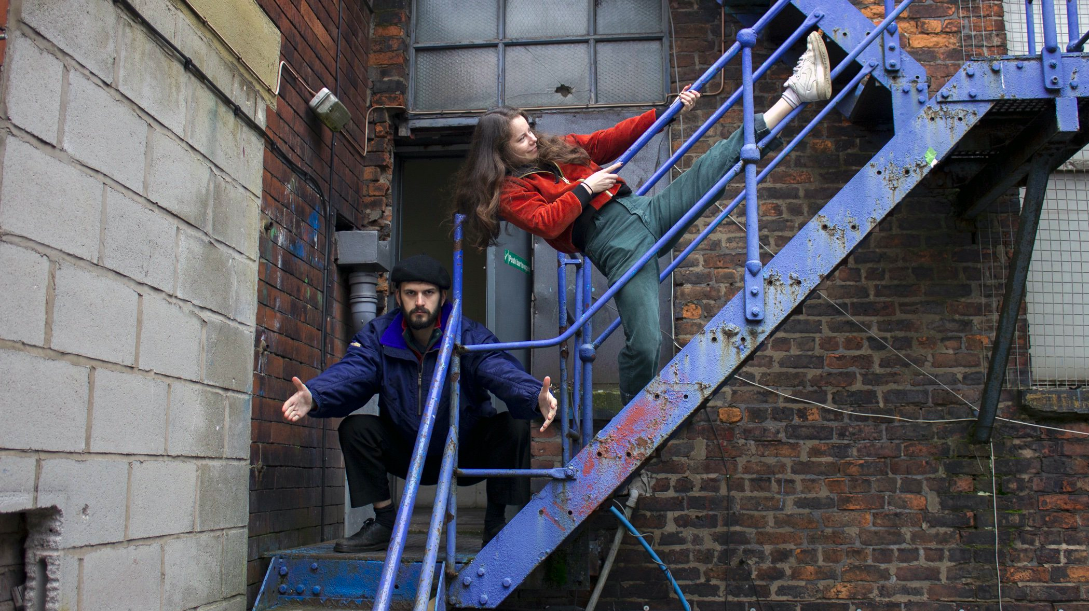 Free Love bring a transcendental, dance-heavy performance to the basement of YES. Rhys Delany was there.

CurrenMoodGirl delivers a short but effective opening set. The sound is moody and atmospheric, which may come as contrast when compared with Free Love’s Italo-Disco proclivities. However, Greta Edith single-handedly carries a set of power and emotion to a criminally underpeopled room.

Opening up with a slow and creeping cover of Iggy Pop’s China Girl, Edith demonstrated countless times her stunning vocal ability. When mixed with a soundscape akin to X-TG’s Desertshore, which helps to make Edith sound comparable to Elizabeth Taylor on Massive Attack’s Mezzanine.

The unsold-out basement of YES is a true disservice to the quality of Free Love. Their music is passionate and their live show is invigorating. I first saw the duo of Suzi Rodden and Lewis Cook over a year ago in a Salfordian garage, where their pounding Italo-beats shook the paint off the walls. The pair has been widely praised by Vic Galloway on Radio Scotland, and have numerous nominations for the Scottish Album of the Year Award. The duo is multi-faceted, with a vast collection of EP’s and mini-albums to their name, including a stunning record based on the Ashram events the pair have attended/hosted. The album was described as ‘a sonic meditation on a hyperstitous future’ and is at the focus of Free Love’s belief system of creating communities and bringing people together. Something which their live show can certainly do.

Whilst their live set never usually falls into their atonal ambient styling’s, the pounding dance music can still be transcendental, forcing many to move as though experiencing a kundalini awakening. Much of this is in part down to Rodden’s animalistic dancing and roaring which regularly sees her jumping into the crowd, strewing flowers and petals around the room. Rodden’s performance is always powerful, when she walks through the crowd making fierce eye contact with those around her, it is both intimate and intimidating.

The set featured many songs from their last two EP’s, Luxury Hits and Extreme Dance Anthems, with songs such as Playing As Punks, How Do You Feel and Bones being stand out moments. Personally I’d like to hear a mix of the earlier stuff alongside the new with some of the instrumental moments of their Visitations EP. However, I don’t make the rules. They can play what they want to, and they do it well.

The set closer was Pushing Too Hard, which tragically saw Rodden forgetting the lyrics to the opening verse. This is styled out with big smiles and subtle improvisation, and so when the words come back, Rodden delivers them with full force. Towards the end the track is deconstructed and twisted into a squawking, tweeting acid house anthem, forcing the most stoic of gig-goers to sway to the beat and smile until the track devolves into a screaming gabber nightmare. Lights up, band leaves, the crowd wants more.

All words by Rhys Delany. He can be found on Twitter @Rhys_Del and more of his writing can be found at his author’s archive here.</strong