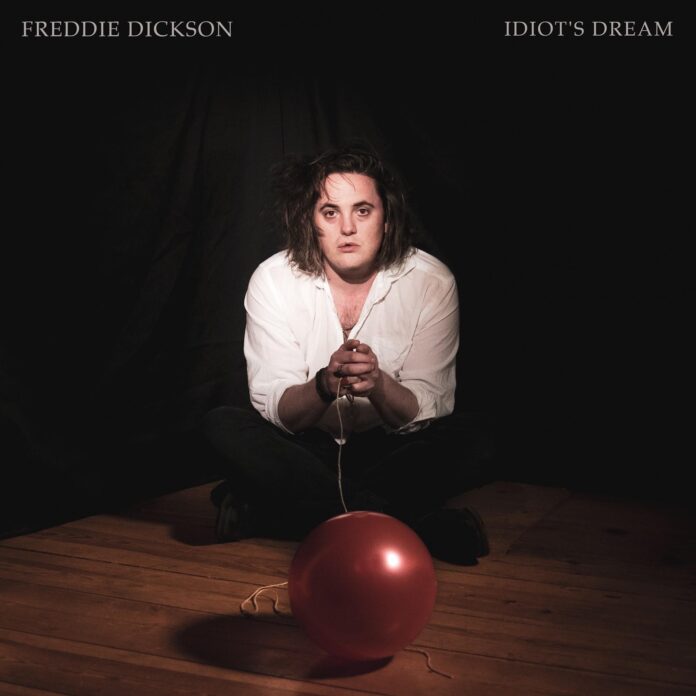 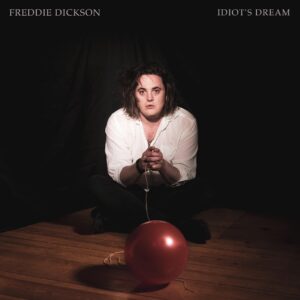 The quality of this EP hits you immediately. It’s quality production, the arrangements, the musicianship and Freddie’s outstanding soulful voice. It’s clear that the artist knows what he’s doing. So should we/you know who is Freddie Dickson is?

Yes, no and possibly. We’ve actually mentioned Freddie on the site before, although it was while ago. His first release, the Shut It Down EP came out on Heart Throb Records in 2013 which saw him being picked up by Colombia Records. As you’ll read shortly this wasn’t a happy marriage.

Idiot’s Dream, was written when Freddie relocated to Berlin in 2018 after a couple of independently released albums. Recorded and produced remotely in 2020 with his band alongside collaborations with other artists from London and Berlin, he says of the title track, ‘although I was under no illusion that I was going to just move to another country and everything would be fine, the reality of being alone in a new city, not knowing the language or way around suddenly became a little overwhelming and I realise that I had a big challenge ahead of me’. With a bass line that would put Adam Clayton to shame, there is an epicness to it which demands you listen through speakers rather than on your AirPods (other brands of devices are available).

There is a ‘soundtrack’ feel to all four songs. This makes sense when you learn that Freddie is regularly invited to pitch pieces for TV and Movie projects, a prime example being the initially brooding Sky Without Wings quite aptly then soars. Recent single Night People maintains the quality, not sounding too dissimilar from the Waterboys with a touch of Americana mixed in for good measure. He closes with Let The Good Times Last A Long Time. It’s a stripped-back slow burner with a ghostly feel of the Foo Fighters’ Times Like These.

Having heard the EP and being aware that there was a story to be told, I sat down with Freddie for a chat…

LTW: Freddie, It’s been a while… we first ‘found you’ in 2015 at the Camden Barfly. Our review said ‘this guy’s soulful voice can probably be heard down the road in the market as he belts out quality tune after tune’. We seem to have lost touch, how have you been?

Ah, that was a long time ago. I remember it being a fun show. I’ve been good thank you. Obviously a lot has happened since then but mostly positive and exciting things.

LTW: Let’s address the elephant in the room. After your first release in 2013, Shut Us Down, you were signed to Columbia Records, but left after a couple of well-received releases, Speculate and News. What happened?

It just didn’t work out. It’s a long story but I feel those songs were quite an unnatural progression from Shut us Down. I guess I wasn’t quite sure of who I was as a musician at that time and was still figuring it out. Different people were telling me different things. It was all quite confusing. I think that became apparent in those songs as they just didn’t seem to connect and now I see why.

LTW: Is there a reason these songs aren’t available on streaming services?

After I parted ways with the label I took some time out to figure out who I was and where I wanted to go musically. These songs just didn’t seem to fit the mould or represent me anymore.

LTW: You released the albums Panic Town in 2017 and Blood Street in 2019. Were these albums you would have made if on a major label or informed by moving on?

No, I definitely don’t think it would have been allowed. There are very few singles on those records! Quite a [there are] few songs on Panic Town that I wrote when I was on the label but they were very overproduced. The songs had become quite suffocated so I ripped them up and started again with the producer of my first record John Davies. I just recorded my voice and electric guitar and then we just built the production around that and allowed the songs to breathe a bit more. I guess it was a 1 step back, two steps forward kind of process.

LTW: You moved to Berlin in 2018. Of this new EP, you say it’s ‘focused around the uncertainty of everything and about wondering if I had made the right decision leaving my comfortable life in London’. Why Berlin?

Without the money from the label I couldn’t really afford to have a band in London anymore and so I went back to playing solo and was offered a few gigs and tours in Germany. Every time I was due to leave Berlin I got kind of sad as I felt like this could be a really good home for me.

LTW: 3 years in, have you made the right decision moving there?

Yes, I definitely think so, I kind of felt like I’d done the London circuit for a long time and to be honest a lot of promoters wouldn’t really book me anymore once I was no longer signed. I wanted a fresh start where nobody knew me. There are so many creative people here and financially it’s a lot more manageable than London especially as a musician.

The creative scene is wonderful. There are so many great places to play and people are always up for collaborating. There is also very little judgement which I find very freeing. You can really just be yourself. Also you can get a kebab and a couple of pints for a tenner!

LTW: What do you miss about London?

LTW: There do seem to be a lot of British musicians now living in Berlin, do you mix with any socially?

Yes a few but the whole city is incredibly multi-cultural. It’s really interesting to hear everyone’s stories of why they moved here from different parts of the world in order to pursue music.

LTW: How did you find recording the EP, sometimes remotely, during lockdown?

It was obviously not as fun as doing it together in a room but we managed. I do most of the production and recording myself so I was kind of used to it and everyone just sent me their parts online and I kind of just put it all together. I am looking forward to ‘zoom jams’ dying a slow death though. It’s just not the same without proper human connection.

LTW: You’ve released some interesting covers over the last couple of years, including Glory Box (Portishead) and House of The Rising Sun (The Animals). How did they come about?

I get quite a few requests for dark/moody covers for TV and film pitching but I really liked how those ones came out so I thought I would release them.

LTW: With these and the EP you’re not the only ‘voice’. Tell me about your collaborators.

Well there is my band who are the core of the record and then I worked with a lot of amazing singers I met here and also a couple of friends in London recorded some vocals and sent them over. It was a real challenge trying to figure out who would work well together as we couldn’t meet up so there was a bit of gut instinct involved but I was very happy with the results! You can’t beat the sounds of great voices coming together.

LTW: Do you see Idiot’s Dream as a follow up to your last album or a ‘comeback’?

I would see it more as a ‘progressive extension.’ Sorry if that makes me sound like a bit of a knob ha. The vibe is still quite similar to Blood Street but I feel the EP is a little more commercially accessible and the production has definitely taken a step up.

LTW: I hear a lot of comparisons to Nick Cave and The National but I’m also hearing a mash-up of The Waterboys doing Americana (especially on Night People). When you write do you have a particular style in mind or do you find your songs develop over time?

Ha, I love The Waterboys! My main style at the moment is based around my beloved Fender Jaguar but with Night People I knew I wanted to try and write an up-tempo song. Often I’ll listen to a lot of bands I like and see how they do it. I tried to figure out how I can do a faster song while still keeping it sounding like me. I nearly binned it because I thought it was too cheesy but I guess I had to break out of my comfort zone!

LTW: What have you planned to promote this release?

Well this is the first time I’ve ever released a record and not been able to play it live so I’ve been doing the usual independent artist route of applying to blogs and reaching out to people in the hopes that they hear it. It’s pretty tough particularly at this time when there is so much music being released but it’s a fun challenge. The local Berlin scene has been super supportive.

LTW: Will you be looking at doing live events?

As soon as it’s humanly possible! If was offered a slot I’d play in a zoo right now. 2022 I will be on the road as much as i can for sure.

LTW: Easy question last. If you had to pick your Top 5 favourite songs of all time, what would they be?

How is that easy?? I mean I could be here all day thinking about it but this seems about right.