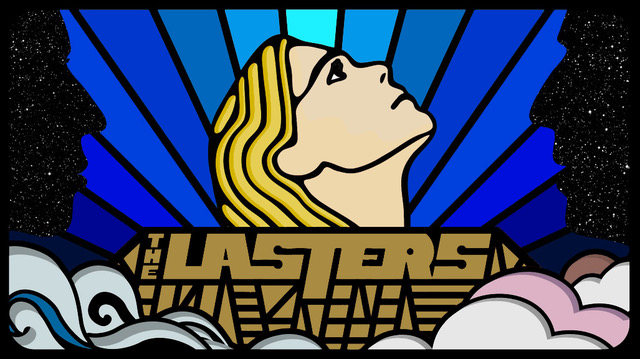 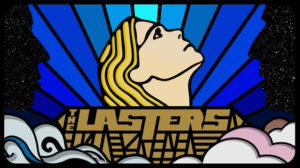 Self Release via Kickstarter.

What happens when one half of mellow trip hop outfit Lemon Jelly meets up with the voice that is Charlotte Hatherley and create a musical story about the last surviving family on the planet? A surprisingly good listen reckons a chilled out Wayne AF Carey.

‘The Lasters’ is an ambitious new solo project inspired by classic concept albums like The Who’s ‘Quadrophenia’ and Jeff Wayne’s ‘The War of the Worlds’. A wholly original and truly out-of-this-world Sci-Fi concept record to rival the best, ‘The Lasters’ tells the tale of Earth’s final family.

In a musical first for the former Lemon Jelly producer, The Lasters sees him collaborate with ex-Ash member Charlotte Hatherley as well as newcomers Abi Sinclair and Steffan Huw Davies in addition to adding his own vocals to the album.

Set in a dystopian near future where climate crisis and a nuclear holocaust has brought Earth to the brink of extinction, the album marks Deakin’s first major release since his time as one half of hugely influential, Mercury and Brit-nominated Lemon Jelly. Marking Fred’s first foray into song-writing and singing, The Lasters weaves together a number of contemporary themes including climate change, dependence on technology and coming-of-age, while still containing the inventive, broad and unfailingly catchy tunes that Lemon Jelly fans will be familiar with.

He’s good at gimmicks. Look back to Lemon Jelly who did daft things like giant bingo games with the audience at their gigs, distributing sweets to the crowd. For fucks sake they even did one gig where you had to wear a limited edition t-shirt they sent in the post to get in the venue! So what do we expect when he tours this one?…..

It all kick off War Of The Worlds style with some dialect dragging you into the aftermath of planetary distruction and the beginning of the journey which floats into opening vocals from Charlottle Hatherley with the laid back trip hop of Alone and the almost stoner dub step of Satellite Song. Charlotte’s voice is the perfect companion to Deakin’s sound, beautiful and haunting, telling us the story of loneliness in a desolate space.

Get The Message Through ups the tempo a bit with it’s space age robotic vocals trying to beam down to these last remainers with it’s future prog. Then we get back to the narrative with the young girl who’s been abandoned by her parents, fearful of ‘Tech’ which has betrayed the planet and is evil. A message from her mother prompts the lush I Remember which floats around your head with Hatherley’s smooth sweet vocals until the story drags you into the girl’s fear of tech when her metallic guardian tries to explain she can use her hands to access the Pyramid promising hope.

Future Magic is a standout out track for me that I can’t get out of my head. Some clever guitar work, a shuffling beat and a spine tingling chorus from Hatherley. Sending a message of hope. Come To Me has vocals from Deakin and goes into prog meets Gary Numan territory with it’s hip hop electronica feel. The story continues with the main character growing in confidence shown through tracks You Never Knew, and the realisation of her father using ‘Tech’. I think her father get’s it with a laser!

The whole concept is nothing new, yet the sound is refreshing. You get some twee stuff like Bringing It Back To You which is a bit sickly, then you get the trippy Through The Veil with it’s acid tinged trip hop and those vocals. Especially on The End Of The World which is 7 minutes of dark foreboding mourning with the haunting vocals, followed by our intrepid young girl meeting up with her hologram mother and being told ‘Don’t give up’ by her metal head friend. It end with a couple of duets, some dogshit in a bagel incident and bows out with Into The Darkness an upbeat song with beautiful vocals about doom and gloom?? A new start for our intrepid adventurer? See you on the other side?

It’s like a prediction from Greta Thunberg set to music by the weirdness of that Lemon Jelly sound and Fred’s unique talent of melding trip hop into theatre with some clever sounds and a knack of concept. The test is, can this be pulled off live? Will Coldplay send out a death threat if there’s too many lasers or energy involved? Fuck em! Bring it on!