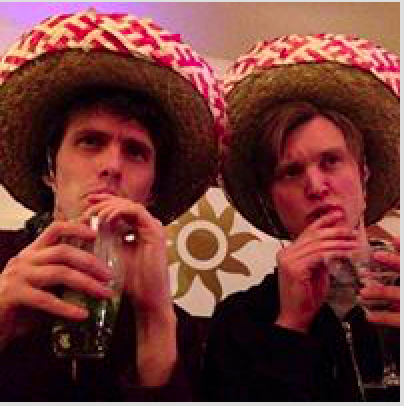 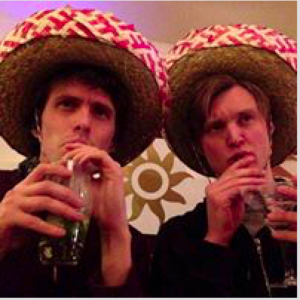 Freak Genes are a new Manchester based band that consists of members from Proto Idiot and The Red Cords. They formed last year to release their own stuff as a supergroup concept with their own ideas. They claim they can’t play their instruments and no knowledge of recording technique. Don’t get me wrong but when I listened to this album I laughed at this quote! Their debut album is being released on Alien Snatch which is a German based label in Berlin formed in 1999 and specialise in punk, powerpop and garage rock. The band members Charlie Murphy and Andrew Anderson have got a good thing going here. They have that lo-fi punk sound off to a tee.

The album kicks off with the first two tracks Going Wrong and Exposed obviously with a Buzzcocks feel oozing with lo-fi power pop and not lasting more than two minutes in the ethics of true punk ditties. Still Disgusting has hints of Syd Barrett having a pint with Half Man Half Biscuit. Mind The Gap has already been receiving good reviews in the music press and reminds me of The Toy Dolls and has a neat guitar solo added to it. Negatives kicks in with a Jam like intro but has Parquet Courts written all over it. Jekyll & Hyde harks back to Barrett again with added cheeky keyboards thrown in. Nothing’s Plain to see is pure Clash / Pistols with it’s furious guitar kicks. They slow down a bit with the apt Lets Go Slow then go back to a Buzzcocks feel with the next two songs. They go a bit Psych Punk with Not My Type and the next few songs go a bit punk rock with a bit of rock n roll blues thrown in. The last tune could easily be slotted on a Graham Coxon album with it’s infectious guitar intro.

All in all a good debut album by the Manchester duo. If you like Parquet Courts, Buzzcocks, Syd Barrett and short infectious songs then this will be right up your street.