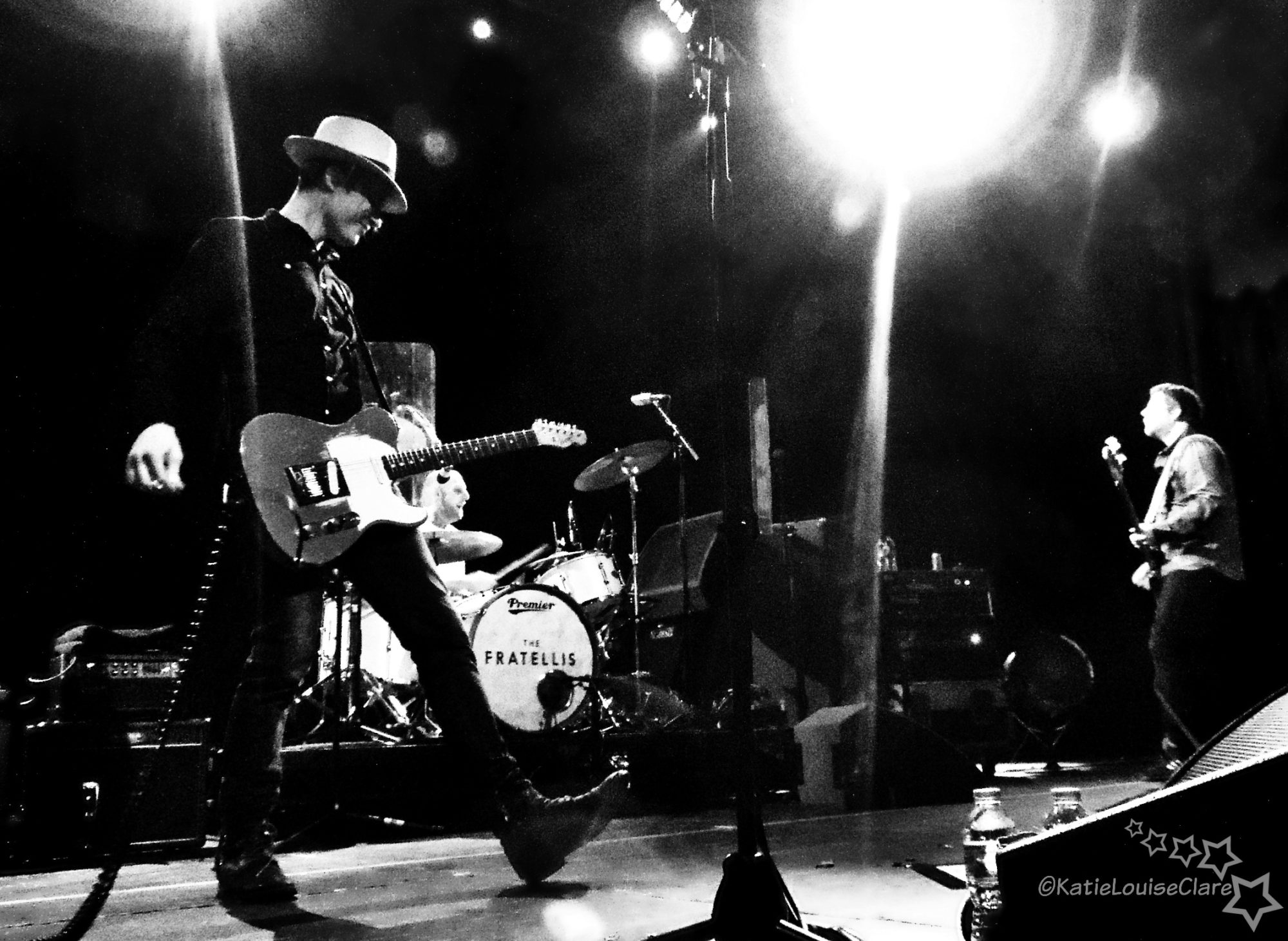 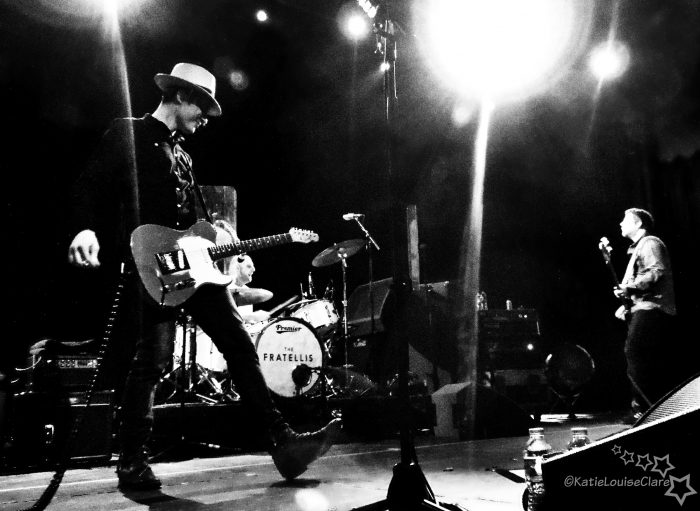 The Glaswegian indie-rock trio The Fratellis celebrate the 10th Anniversary of their debut album Costello Music with a series of special performances around the UK.  Louder Than War sent Katie Clare along to take in the third sold out night of their sixteen-date tour at Manchester’s Academy.

Costello Music appeal is built on an abundance of that double time beat, propulsive choruses, guitar riffs and the occasional narrative ballad provided by three mischievous yet amiable lads having a right old knees-up. Neither superfluously complicated nor over thought, Costello Music, merrily barrels along taking you for a pleasurable indie rock jaunt and The Fratellis Manchester performance transpires in very much in the same vein.

The bouncy noisemakers top load the night by starting off with what are arguably three of the most effervescent tracks from Costello Music’s thirteen; Henrietta, Flathead and Cuntry Boys & City Girls the audience respond as expected. There is a serious of tidal dips in the gleeful bounciness through Vince the Loveable Stoner springing back into life for Baby Fratelli ebbing away again for Dog in a Bag and again rising for Whistle for the Choir. For a while there is the feeling of a continual build up which petering out failing to delivered a much needed ‘drop’. 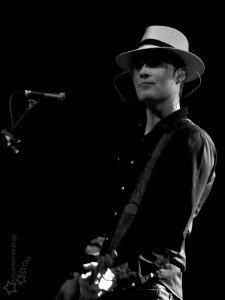 There is limited interaction from the band; an anecdote shared and enlightenment that the next song, Got Ma Nuts from a Hippy, was the first song the band performed together – the front rows seem unminding as they continue to beam throughout the night. Jon Lawler has a warm engaging tone to his voice and seems a decent chap never the less there is something lacking in terms frontman mystic; the animation, passion and camaraderie stems predominantly from the audience. There are still lovely moments to be had Everybody Knows You Cried Last Night delivered live seems to be less diluted and more full bodied and Chelsea Dagger does just what you’d expect igniting the venue into a throbbing mass of jumping bodies, arms thrust in the air and everyone singing along at the top of their voices.

Hearing Costello Music in its entirety for the first time, experiencing live tracks like Creepin’ Up the Backstairs and Old Black n Blue Eyes for the first time in several years, is absolutely entertaining The addition of ten songs from albums post Costello Music which include, a stunningly delivered Baby Don’t Lie to Me, A Heady Tale and Until She Saves My Soul, provide proof that The Fratellis never have been just a one album band and that a night in their company will be an enjoyable one.

Links for tickets and further information here or contact the venue for more information. We advise that some dates are currently Sold Out.

All words and photos by Katie Clare. More writing by Katie on Louder Than War can be found at her author’s archive. She can also be found on Twitter where she uses @tokyo_katie.