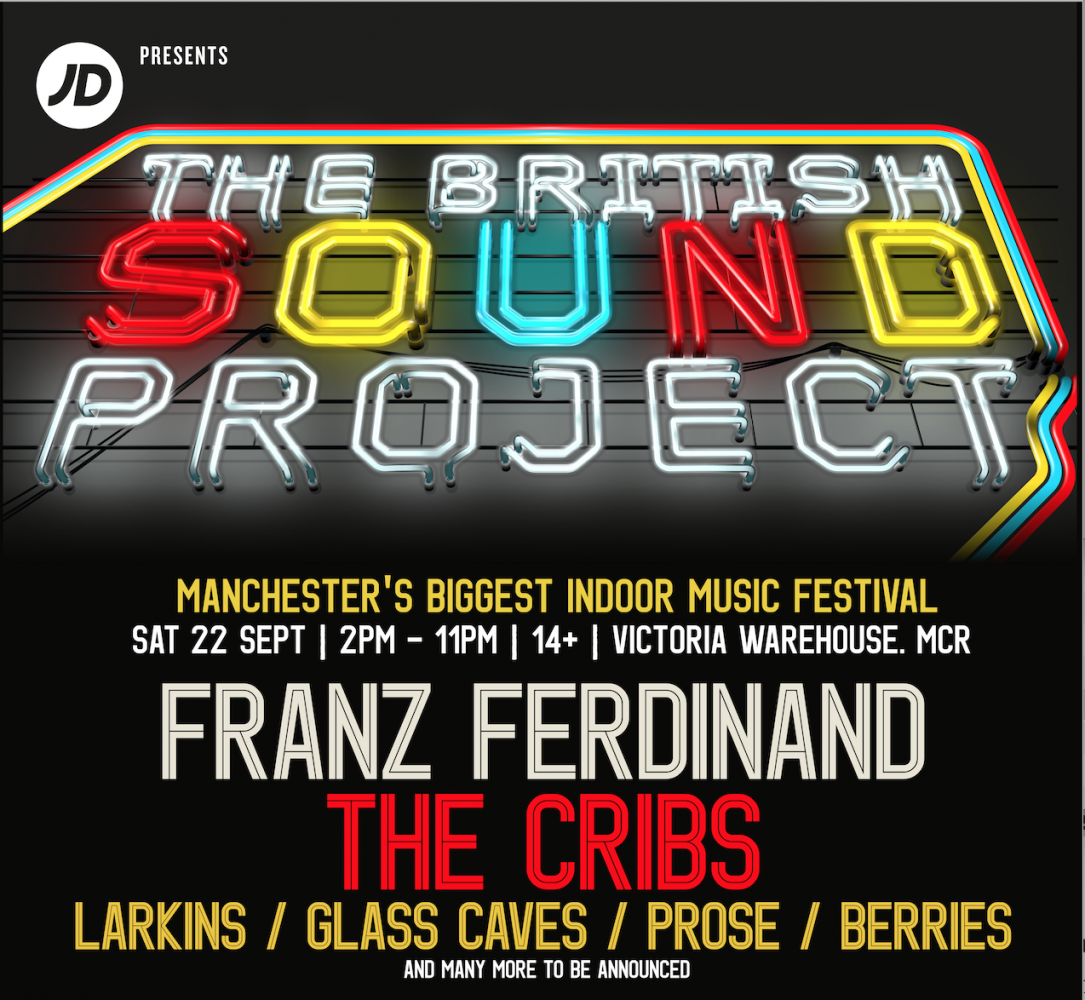 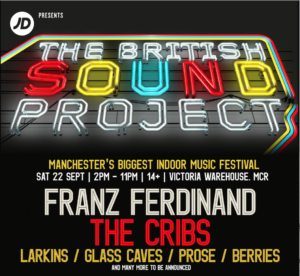 (This is one of 3 festivals in Manchester in 2018 that LTW is getting right behind along with…
1. Membranes and friends at Manchester Ritz Sat May 5th
with Membranes plus 20 piece choir, the Lovely Eggs, Evil Blizzard, the Cravats and more. Facebook page for event here
2. NW Calling punk festival  more details here )
‘JD Presents: The British Sound Project’ returns to Victoria Warehouse, Manchester on Saturday 22 September for an epic celebration of UK music – with legendary art-rockers Franz Ferdinand confirmed to headline the huge indoor event.
The Scottish five-piece – who have received excellent reviews for their current live shows as well as their recently released fifth studio album ‘Always Ascending’ – will be joined by indie stalwarts The Cribs. In fact, it’ll be a bit of a reunion at Victoria Warehouse in September, as the three Jarman brothers – who once boasted Johnny Marr as a full-time Cribs guitarist – worked with Franz Ferdinand frontman, Alex Kapranos when he produced their debut album ‘Men’s Needs, Women’s Needs, Whatever’.
JD Presents The British Sound Project 2018 promises to be the most impressive event yet, and co-founder Steven Wood is thrilled to have the indie royalty headlining:
“We’re very excited to have Franz Ferdinand on board for our third British Sound Project. With The Cribs confirmed and other big names under our belts, it’s looking like the strongest line up to date, and it feels good to be established on the festival calendar.”
Its great news for younger music fans too with the age restriction for entry to this year’s event being lowered. Reflecting on this decision, Wood added:
“This year we’ve dropped the age restriction to 14+ to give more people chance to come along and enjoy the music. Plus we’re starting earlier – the doors will open at 2 pm – to allow more bands to play.”
cThe list of bands in this first phase announcement includes Prose, Larkins, Glass Caves, Berries. There will be more announcements in the coming months.
Early bird tickets go on sale Wednesday 7 March.
Pre-sale 9 am (for anyone who has registered here https://bit.ly/2t9NwxM) then to the general public at 10 am via Skiddle, Ticketline, See Tickets and The British Sound Project website: thebritishsoundproject.co.uk
VIP tickets include access to VIP bar and toilets.
This one-day indoor music festival champions some of the best British bands/artists in indie and rock – all playing under one roof and across two stages.
Previous British Sound Project artists have included Primal Scream, Black Grape, White Lies and The Horrors.
JD Sports is the official sponsor of The British Sound Project for the third year running.