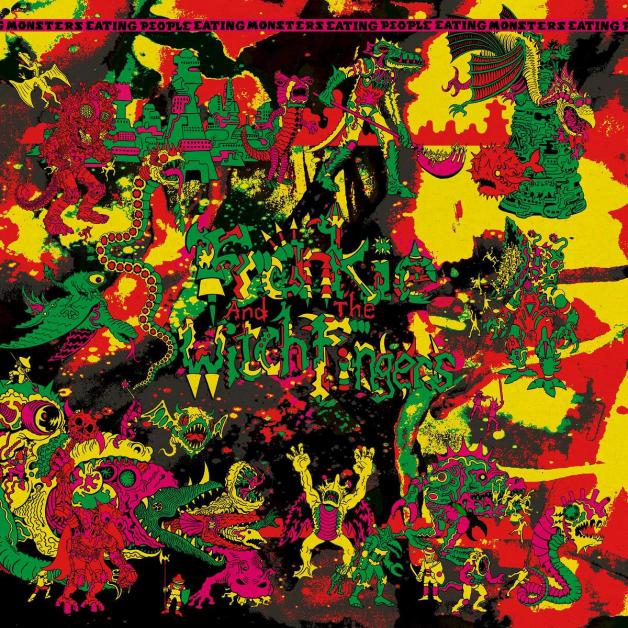 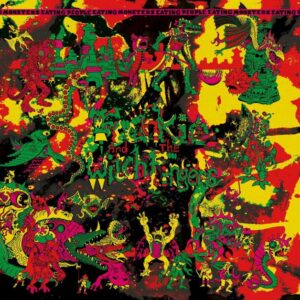 FRANKIE AND THE WITCH FINGERS

Frankie And The Witch Fingers release their sixth album, Monsters Eating People Eating Monsters…(repeat ad infinitum), and drench the listener in some fantastic garage psych. This is probably the best psych record of the year!

Frankie And The Witch Fingers, the hard garage psych outfit from Los Angeles, have hit gold on their new album, Monsters Eating People Eating Monsters… There is a groove to their songs here that transforms their blend of psych into an altogether different beast, one that permeates your skin, wraps itself around your bones and pulls you up, higher and higher until you kiss the sky. The album is a triumph from start to finish.

The song that stands out and really shows what they are capable of drops just past the midway point of the album in the form of Simulator. The drums sputter and groove simultaneously as the band ramp up on a rising repeating riff that swirls up and up. Like The Music being dragged down through an imp-filled cavern to a Hell that revels in its own decadence. The brief break after a surging solo sounds like Messrs Bez and Ryder have grabbed the reins of this unstoppable monster and injected a dose of hallucinogens, before it all kicks in once again. Over the six minutes, they pull you down their rabbit hole and distil all their strengths into one fantastic journey.

Frankie And The Witch Fingers have really honed their 60’s garage through early 70’s psych vintage sound and, when they shift into overdrive, there’s really no stopping them. They crunch and twang on Sweet Freak, shape shift and spit out infectious beats and rhythms on Cavehead, and drop in almost Dirtbombs-like garage-soul touches on instrumental Michaeldose. It’s a heady brew, a concoction that is best downed all at once to allow the music to take control and lead you where it wants you to go. This is a record that is vivid in sound and imagery. The warped vocals narrate the macabre as the music twists its acid trip nightmare projections.

That’s not to say, however, that the record is one constant battering. Not at all, for the band know exactly how to pull you up high and then let you drop, float. The opening half of Reaper, which comes in after the pummelling of album opener Activate, sees you drifting through cloud wisps before the band hit with thunder cracks and lightning. The song shifts from one sensation to another and back again. Urge You is another fine example of their shift off the fuzz-infused drive. While it may not pound the senses, it works from within, creating a sense of uneasiness, of not knowing what is to come, all the while imploring you to question who you really are. The effect is sublime.

When they wrap things up on the final song, MEPEM…(an acronym of the album title) they are at their most desolate. After taking you on a journey through which the lyrics compel you to search within yourself, to take an inventory of the darkness that can grip and take hold, the band finally ask: “What’s gonna happen to all the people when the world burns up and dies?” We are our own monsters eating ourselves, and, on their new album, Frankie And The Witch Fingers are holding up a cracked mirror for us to see our true image and witness our own true horrors.