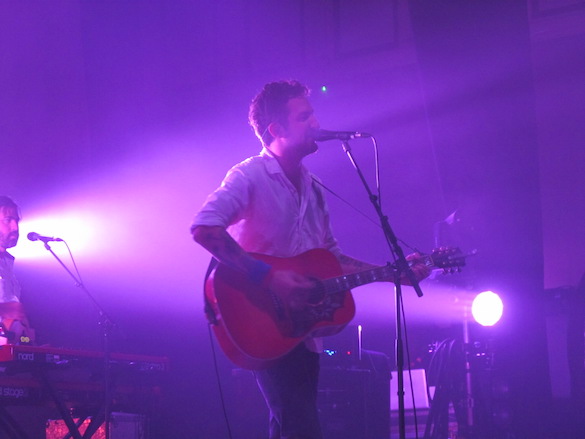 Anxiety is a bitch. I remember when Poetry Of The Deed first came out and how I had a crush on a girl who worked at the Home Bargains near to my home. I’d stumble in there every Saturday, hungover to hell, and buy unneeded items, always using her till regardless of how big the queue was. One day I decided that I’d ask for her number. I was smacked in the gob by a ruthless panic attack and turned to my Ipod for salvation. I found Frank Turner amongst the many names and the opening piano chords of ‘Live Fast, Die Old’ fuelled me enough to go into the shop and ask her. My hand trembled as she gave me the pen with which to write down my digits but I had done it. 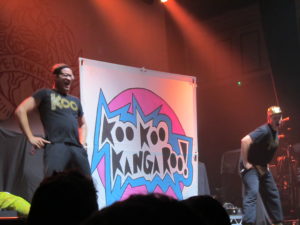 Those same opening chords were pushing me forwards today as we hurtled down the motorway towards Warrington. It wasn’t the interview, the plan for Go-Karting, the gig itself, or the potential after party, but a culmination of all of them.

Even though I was ecstatic about watching the man himself in action it became hard to not view the entire day as one huge overwhelming weight, but I knew I’d pull through. After interviewing a somewhat hungover Frank about his lifelong dream of being a Morris dancer (seriously, check the interview here) and getting my arse handed to me at Go-Karting my anxiety dissipated somewhat and we headed into the show.

Koo Koo Kangaroo are insane. By the first two songs I noticed around a third of the turn out mouth “fuck this” and head to the bar. They just couldn’t deal with the gold speedo wearing/moustache sporting duo who elevated the audience with a combination of high energy, ABC lyrics and participatory dance routines. The pair dived into the crowd and created a playground circle pit filled with pogo bouncing and butt shaking. A giant rainbow circle of cloth that covered the entire room appeared (though from where, I’m not quite sure) and everyone spun it at high velocity as Koo Koo danced underneath. It was ridiculous but the most fun. By the end, covered in sweat, I wondered if the people who’d left for the bar would hold funerals when the bugs up their arses died. 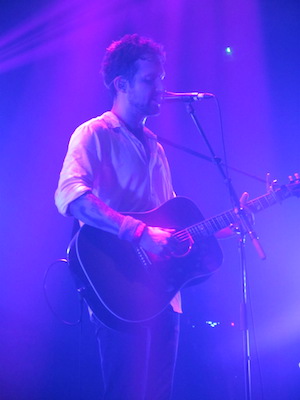 It seemed as if both Frank Turner and the Sleeping Souls were in high spirits too. Taking to the stage with the musical backing of the Black Adder Goes Forth theme before tearing into the furious ‘Try This At Home’, it felt as if this was some kind of comeback show.

It wasn’t until Frank addressed the audience mid-set that I realised why. “I’ve had a hard time the past few months and I know I can’t really complain about my lot in life, but it has been tough” (paraphrased). It was clear that tonight whatever demons had been plaguing the man had been well and truly slain. This was the rising from the ashes for Frank Turner and every iota of his being was poured into every single note. The Sleeping Souls, as always, were on full form and the on-stage banter between the group showed that these were not just some backing band, but a group of best friends playing music and loving every single second of it.

The audience was treated to a sprinkling of new material, under request that they “wouldn’t record them and put them on YouTube while still in their infancy” (paraphrased), with the gypsy-esque ‘Out Of Breath’ and the crooning ‘Little Aphrodite’ standing out especially among a handful that made my anticipation of a new Frank record peak.

That god-awful cliché “doesn’t time fly…” was apt this evening. Even though the band had played a hefty amount of hits and rarities it still didn’t seem enough. But when the atmosphere is this great, and the music so damn good, I doubt I’d ever have my fill.