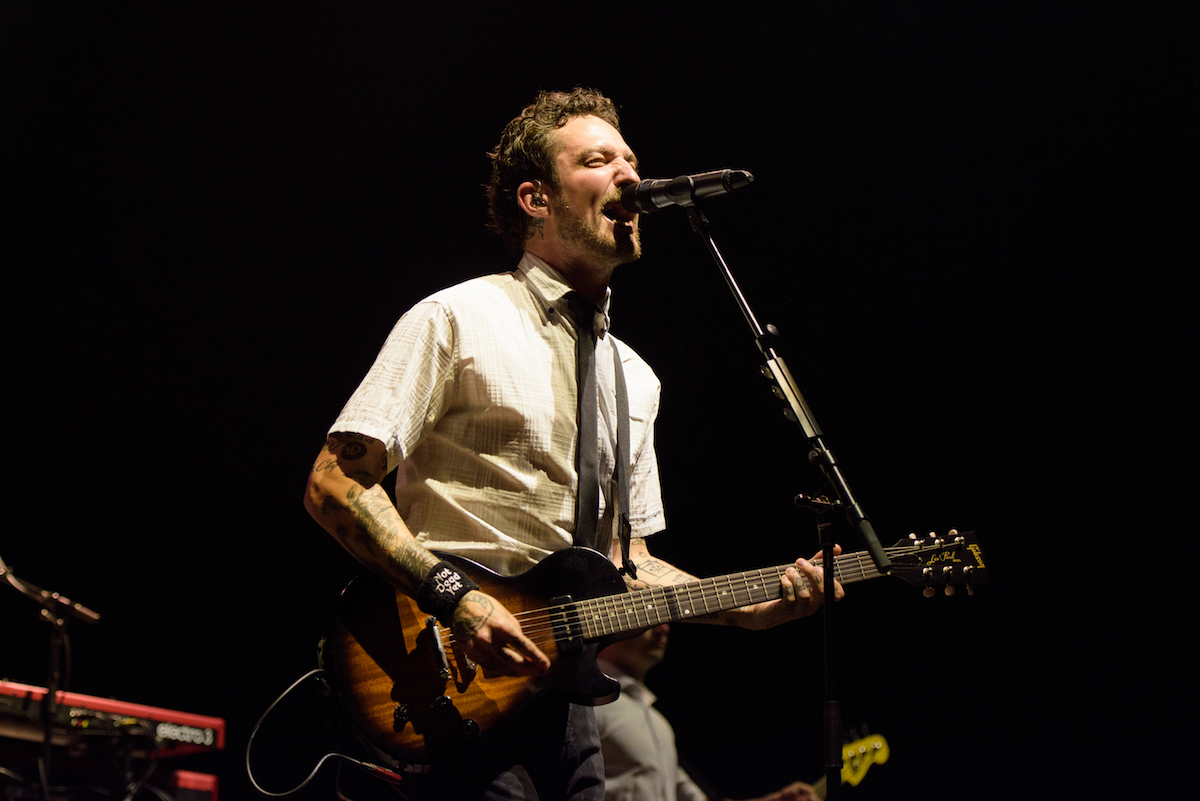 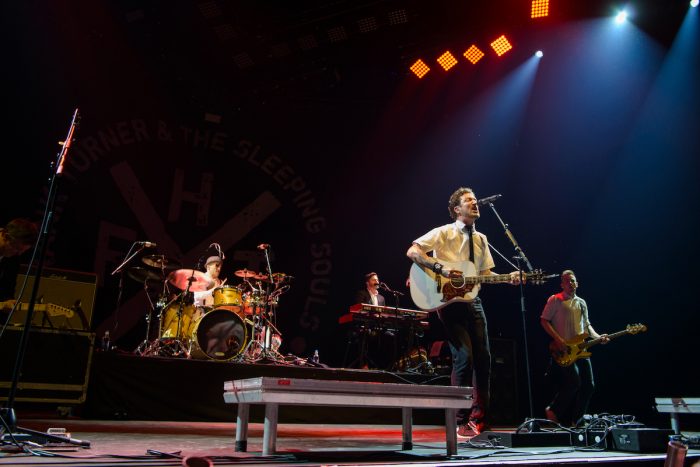 A stellar performance from the brilliant Frank Turner who blew away a packed crowd at the Metro Radio Arena.

It’s rare that a support act has the ability to completely detract all attention from the headliner, yet tonight is one of those special occasions. First into the limelight were The Front Bottoms whose continual rise just doesn’t seem to be slowing, the New Jersey band appear on stage to a rapturous reception and rightfully so. With their friends taking up residency on a sofa behind them they set about whipping the crowd up into an early frenzy. 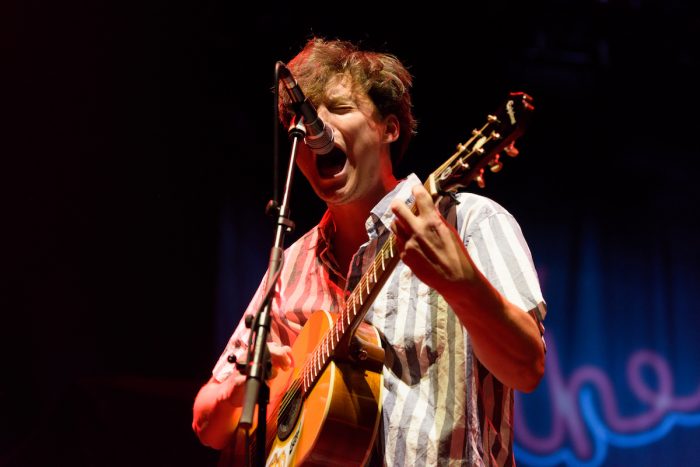 Kicking off with The Skeleton before rousing renditions of The Plan (Fuck Jobs) and Au Revoir (Adios) it’s an intense set, their spritely pop punk is rightfully well received. The packed crowd were more than happy to show off their excited appreciation early on, as a sea of grinning faces continued to greet the band throughout the set.

However, what followed was simply sublime, Frank Turner took to the stage as if it was his own show and for the next forty-five minutes continued to play like it was his last show. Granted Frank is someone who you can always rely upon to tear the roof off any venue, but tonight something felt different. Opening straight up with Get Better he’s immediately got the crowd on side, both Frank and The Sleeping Souls are visibly giving it everything.

A rousing rendition of The Next Storm is quick to follow, before a deafening version of Recovery. The passion and excitement coming from the crowd is normally that reserved for a headliner, but that doesn’t seem to matter with tracks like Photosynthesis in his armoury, there is no wonder he is a crowd favourite. Similarly, the fact that he managed to get almost the entire crowd to sit down is no mean feat either before everyone jumped back up in excitement.

As he draws his short set to a close with I Still Believe followed by the ever brilliant Four Simple Words, you cannot help but think why isn’t Frank Turner headlining his own arena tour. He isn’t short of rabble-rousing crowd sing-along anthems, if anything he has them in abundance the deafening screams of appreciation certainly proved how much the crowd enjoyed themselves. Surely it’ll not be long before it is a Frank Turner headline show in this arena.

~
Frank Turner can be found online here frank-turner.com. He is also on Facebook and tweets as @FrankTurner.