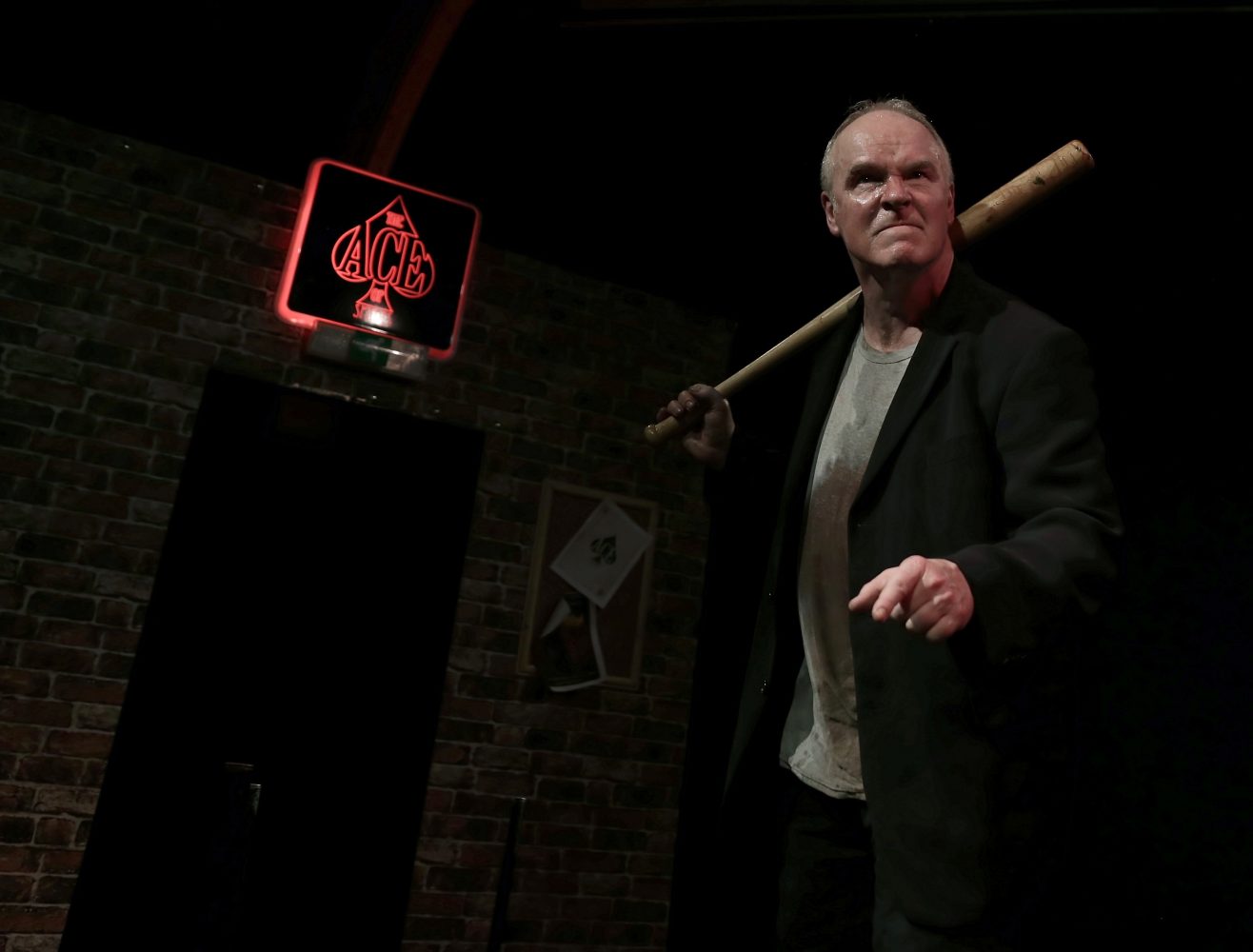 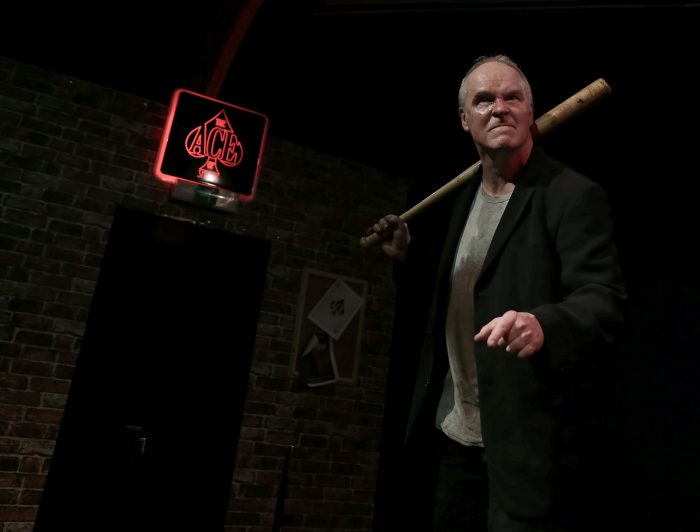 Flannery O’Connor once reflected that ‘A Good Man is Hard to Find’ (even making it the title of her iconic short story) – well, to find a good one man play can seem even harder.
Thankfully,  I’m Frank Morgan RewiRED knocked me back into touch (though I might still have the bruises). This was a single man tour-de-force written and performed by Joe O’Byrne at The Kings Arms, Salford which made me draw both on fear, and feeling, in a whole new way, says Louder Than War’s Emily Oldfield…

We are confronted by Frank Morgan himself, the notorious loan shark and owner of drinking den and club The Ace of Spades in the fictional neighbourhood of Paradise Heights. O’Byrne doesn’t just embrace this character, he gets down deeper, lets all Morgan’s seething doubts and rage drive into his delivery. This is O’Byrne’s original ‘I’m Frank Morgan’, meets even more adrenaline.

For I really mean it when I say we are ‘confronted’ by Frank Morgan, not greeted. He is a man of turbulent passions – telling his tale through sweeping uses of the stage; from delivering an open-mic type performance to smashing furniture to pieces (watch out front row). In the first act he tells us the story of how he acquired The Ace of Spades, the type of clientele – and although conceptually this may sound dry, O’Byrne brings the background story alive with dripping detail and a pace which felt like it was pulsing at the corner of my eye.

That’s right, I was uneasy, on the edge of my seat, as this man moved through so much more than a monologue. As another point of confrontation lay in characterisation – for Frank Morgan who drinks and sins and does violence is also a man who is determined to deliver justice on his own terms. He might even serve us well. He even falls in love with a mysterious girl with a terrible secret. Here we see the fundamental forces of love and justice bubble up in a character we struggle to look in the eye.

Because there are many Frank Morgans out there. People of power and possession who want the world to work on their terms. Sometimes it is terrifying to think that these type of characters can hold such power, at other points sobering as we see their susceptibility to pain, loss and love. As a character study this is first class. Lingering lighting from John Tatlock and mysterious vocals from Stella Grundy added to the gravitas… and the goosebumps. A type of modern gothic chill which confirmed that summer isn’t on the cards quite yet.

The plot thickened and built like a bruise, bubbling through the tale of how Frank’s business is under threat from Serbian and Albanian interests – a skilfully managed comment on international pressures. Frank reflects on how we are all immigrants, that he doesn’t have a problem – unless you double cross-him.

Although the Serbian and Albanian tensions turn into a subplot which is at times hard to follow alongside Frank’s romance with a tantalizing yet troubled star-of-the-show (a narrative which I think the strongest and could be developed, to even more heart-wrenching depth) – we are still left asking the likes of– can people really be like this? When does retribution become wrong? And would we stop it?

After all, in this play, we don’t just confront a character. Frankly, we confront ourselves. It may be just one actor on the stage, but my every nerve was on fire with tension and questions. I’m Frank Morgan RewiRED was a thrill with fist-punches. A character I’m sure will be back before long – and I will be back in the audience.

Photography – with thanks to Shay Rowan 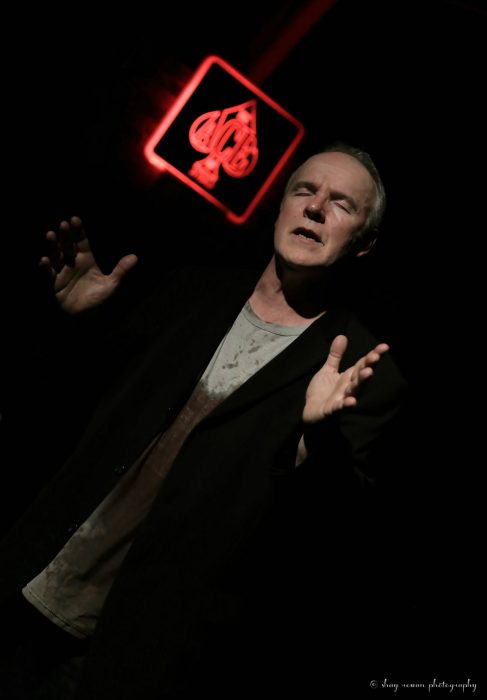 All words by Emily Oldfield. You can also find her on Twitter.