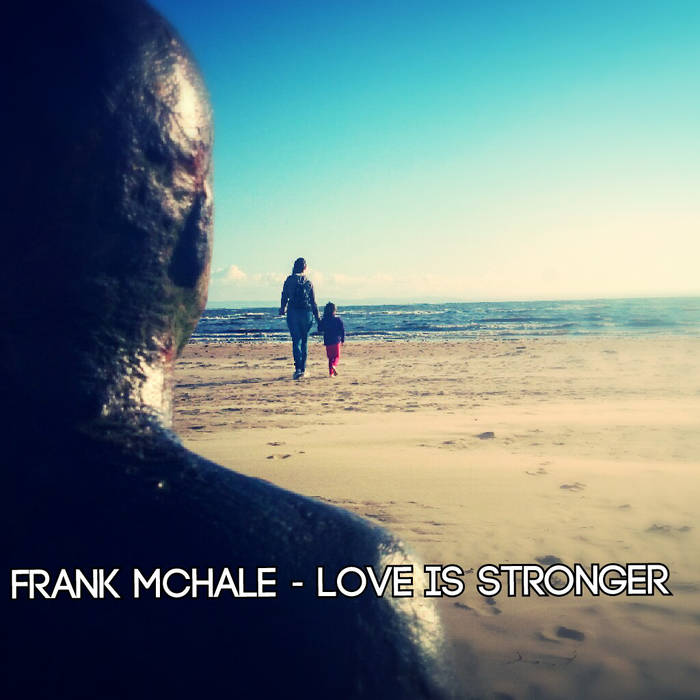 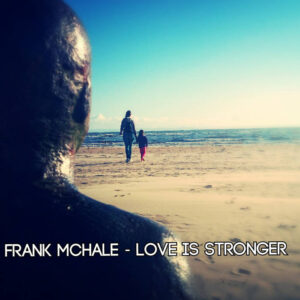 Celebrating music and its power to explore the anxieties of modern life. Yet modernity meets melodies from the past too, as we are treated to an album infused with alternative rock, blues and country sounds. ‘Love is Stronger;’ is McHale’s first solo album, as though he has been recording his own music for over 20 years, he is most well-recognised for his work in alt-rock duo Cat Called Dog. Released on 26th December 2015, this is a fresh collection with an equally fresh sound – and though stepping out alone is no easy feat, this album proves that McHale does it with style, even flair

What is immediately clear is that this solo work offers an intimacy and insight striking in itself. The track ‘Wrong Way Down a One Way Street’ opens the album with a haunting cry of a note, immediately pulling the listener into a percussion-pulsing blend of guitars and growing bass. It’s a track which certainly captures the intrigue of sordid streets, keeping the creepy alive through the occasional cry of the guitar, but the layer of softly-spoken lyrics mixed with female vocals also suggests a seductive side to these private passages. Positive meets negative, day meets night.

“A refinement which is not typical of an early solo album”

McHale has the skill of building up layers of sound within each track, meaning that the music is outwardly catchy as well as revealing more subtle meanings to the listener. ‘Cafe Bar a go go’ could be the destination at the end of the one way street. It steams in with a groovy bassline and serves the listener an extra hot guitar solo, as well as the message that inspiration can be found in the most unlikely of places. A welcome break from inevitable chord strumming, McHale’s sound here shows a refinement which is not typical of an early solo album. Rhythms roll up and down the fretboard, toe-tappingly so in songs such as ‘Cracks’. The title track ‘Love is Stronger’ takes finger-picking to the next level too, with the guitar gripping the track like a whole human voice, polished-off with a synth-fuelled climax. You can tell that this is music that McHale has enjoyed perfecting, and the result is a blissful soundscape, proving it really is the case that ‘love is stronger’ – the love of music. It’s a love McHale  shares too, in the significant act of offering  the whole album to listen to for free on Bandcamp. It’s an album therefore accessible on a number of levels.
Just like the mystery of the opening track ‘Wrong way Down a One Way Street’, McHale uses music to explore the uncertainties of the modern day. The protagonist could be considered as himself, as he reflects that the lyrical content is personal and stemming from own experience. It’s difficult to deal with the uncertainty, it’s difficult to harness perfectionism too – and these are all points McHale pays attention to. One man’s tale seems applicable to all of us.

Yet despite it being quite a technically-advanced and emotionally loaded album, the music does not overburden the listener. Again, this is where McHale’s use of layering stands out – each element in the track is distinct rather than just creating noise. This allows the listener to take the track at their own pace and focus on certain areas. Guitars are prominent, easing us into ‘Fall’, but McHale’s vocals are still capable of weaving stories of their own. His voice adds interest, a throaty honesty which he moulds to the atmosphere, opening ‘Fall’ with a mumbling reflection of ‘it’s been ten hours now’ and building to a hoarse closing cry of ‘where are you now, my baby?’ which is far from overdone. Instead he executes his use of voice like an instrument, stepping-down the closing line in a way which almost sounds like a sob. This is carefully crafted and emotional music – yet still so catchy!

“Expresses the angst of the modern-day individual”

The album also shows McHale making a dramatic transition from his largely third person and observational pieces recorded with Cat Called Dog and instead getting to grips with the first person. A little more lyrical depth would give the album a greater sense of a consistent narrative, something we can follow more easily, but McHale actually uses vagueness and uncertainty to his advantage. In fact, that could be considered a key theme of album – coming to terms with self-uncertainty and others. The voice expresses the angst of the modern-day individual, especially the sense of feeling trapped by urban pressures – whether they are relationships, jobs, aspirations. The line ‘give me something to dream about’ in the track ‘Let me Sleep’ grows increasingly coarse and yearning. The depth of meaning in this song really struck me – sleep is self-orientated, but dreams can be drawn up with other people – and we want people to share them! It’s something which is inspiring as well as a pressure.

Indeed, McHale explores contradictions in the modern day with confidence; ‘Try’ is an angst-ridden semi-sleepy track whilst the closing piece ‘Pull My Wires’ offers an ideal contrast and one of my favourite surprises on the album. The title and its references to ‘wires’ makes me think of how man has grown increasingly tied-up to technology and yet McHale effectively uses natural imagery in lines such as ‘Like a fish on a line, still I struggle to be free’ to suggest that although man is tying himself up, there still is the natural yearning for freedom underneath which we can tune into. And tune in McHale certainly does – with a surprise of glamorous guitars taking over from the tender acoustics and buzzing bass which starts the song.

‘Pull My Wires’ provides a great finale, telling of a new-found confidence and ability to confront those personal pressures which have built throughout the album. McHale steps-up his vocals as appropriate, and this track reveals a layer to his voice so far unlocked – now clear and reaching a crescendo. This is a song to turn your speakers up for, a burst of rock at the end of an album infused with blues, country and folk too. As I mentioned before, a more cohesive character story could be crafted into the layers, but it is this uncertainty which can be seen as enhancing the album rather than detracting from it. After all, life and music do not always offer understandable stories – but experiences which are honest and best enjoyed in bursts – just like music. And this is music which is ready to go exploring with you; showing you progression from seedy streets to rolling rock beats. Experience it for yourself, now.

Frank McHale is on Bandcamp where you can download his full album and pay what you want for it: https://frankmchale.bandcamp.com/