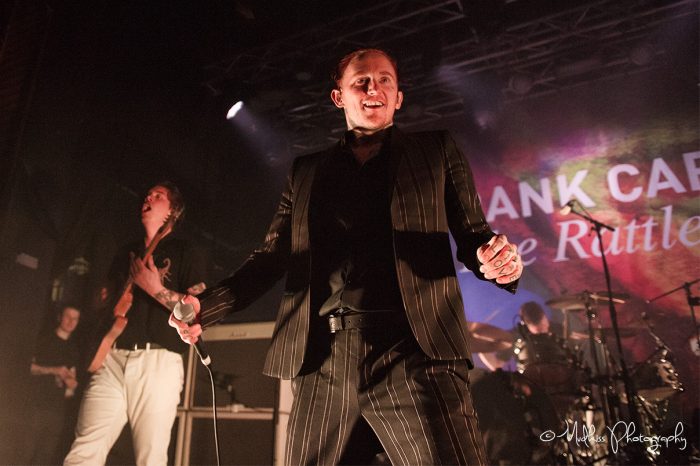 Frank Carter returned to Manchester on Friday night as part of his band’s Modern Ruin tour. Nigel Carr reports back for Louder Than War with photographs by Melanie Smith.

The ex Gallows from man was in incendiary form fronting The Rattlesnakes, the band he formed in 2015. From the opener Snake Eyes, dressed in smart pinstripe suit, Frank completely connected with this packed crowd, putting on the kind of performance that many of his contemporaries could only dream of. 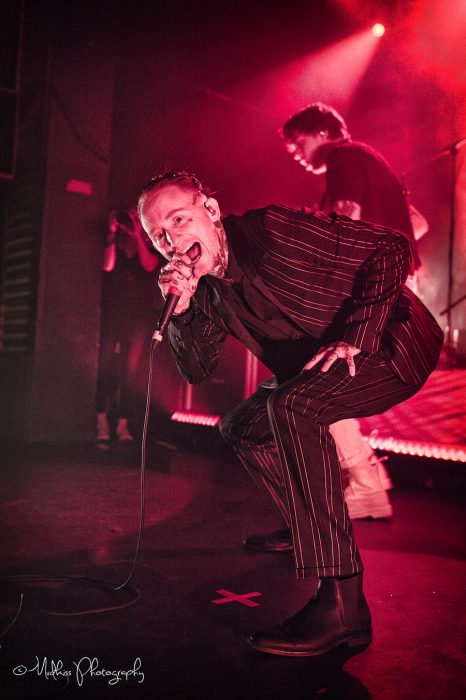 The energy he expended alone would be enough to power a small village, such was the intensity of his performance. He literally sprang at the audience from the back of the stage hanging on to the mic stand, crouching, lurching forward and spinning around like a 70s Rod Stewart on acid.

The band first played Manchester two years ago yet the front man was able to pick out faces he recognised from back then making them feel a real part of the event. He came across as a passionate, polite, proper geezer. Hammering out his unique brand of sometimes visceral and often melodic punk rock. Punctuated with huge slow build tracks like Thunder and the epic Neon Rust which closed the first part.

There’s an iconic recording of Iggy Pop’s TV Eye at a Stooges’ gig in Cincinnati from 1970 where he literally walks on the hands of the crowds. Frank did exactly this, throwing himself in to the mosh pit and crowd surfing before raising himself up from the swaying throng and walking forward (see Mel’s photo below). High art indeed and audience participation at its best! 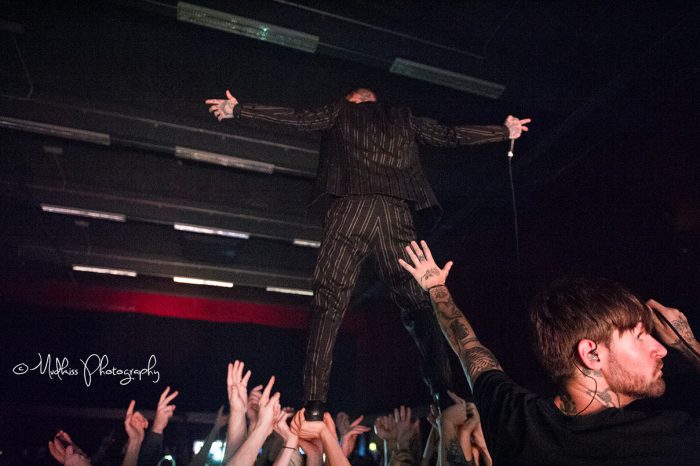 The band played most of the tracks off the new album and the edgier 2015’s Blossom, which provided the night’s closer I Hate You. Something he clearly did not, as he thanked just about everyone in the venue. From the sound man, the organisers, security and even the bar staff. Frank was everyone’s friend, a true performer and a gig that will stay in everyone’s memories for a very long time.

Frank Carter & The Rattlesnakes play a string of UK dates to the end of March before jetting off to the States.