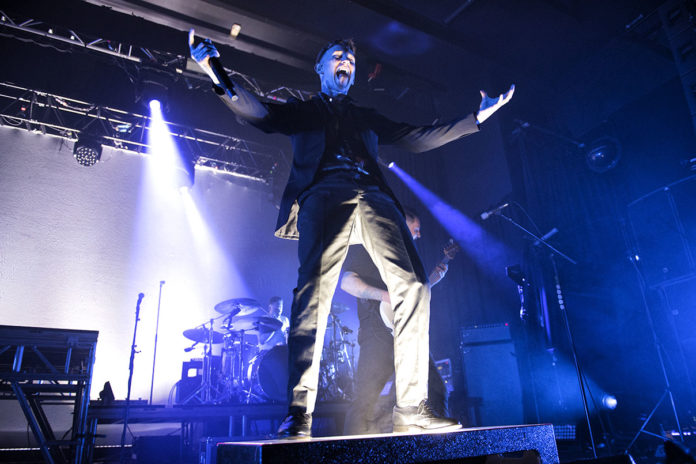 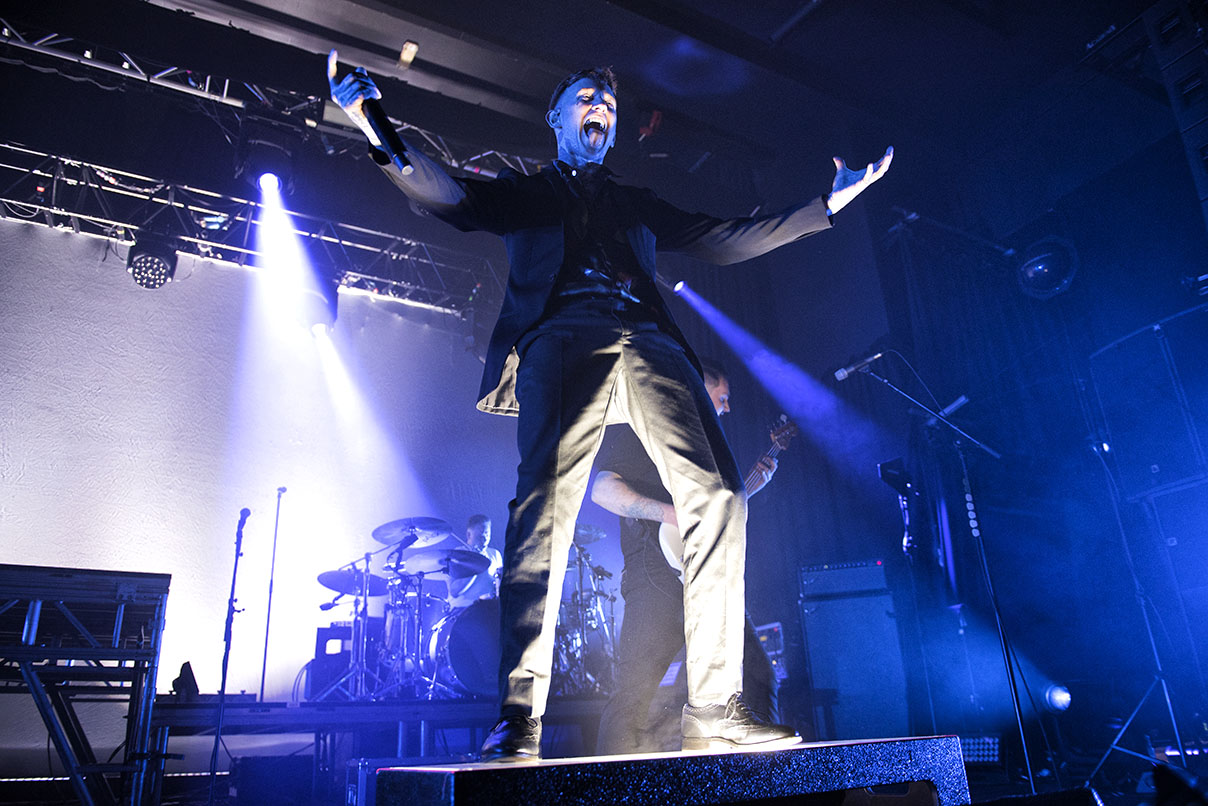 Soaring high after last year’s top 5 success for their “End Of Suffering” album, Frank Carter & The Rattlesnakes began a short run of tattoo filled live shows, starting at Manchester Academy. Deep within the throngs of the sold out venue Jo Lowes got to experience the raucous punk rock outfit in all their fiery glory.

Firstly for those that don’t have the time, effort or inclination to persevere to the bottom of an article, props need to be given to main support American punk-rap carnage combo Ho99o9. Spelt like a Sky wifi password but simply pronounced Horror, the Prodigy-esque duo had the dirtiest bass I’ve had the pleasure of hearing in a long while, it was cranked that hard it shook the frame of the building to the point it was vibrating my rib cage like having a wide awake defibrillator. Like a soundtrack to a slasher movie with sandpaper-throated vocals spilt over Bad Brains-ish guitars and cross pollinated electronic carnage created a compelling set. 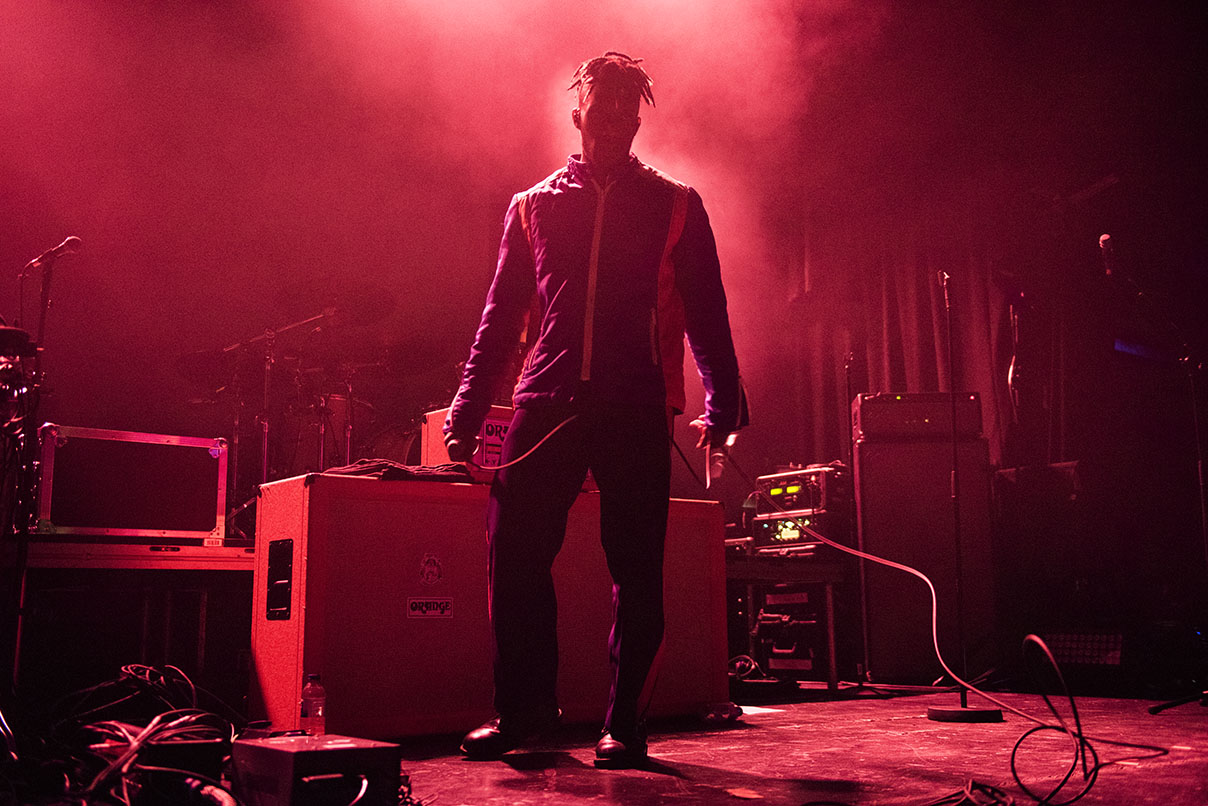 Frank Carter entered the stage, climbed upon a second stage he had built for himself. Yep, the tattooed front had assigned himself a second tier stage on his own stage, but there wasn’t a hint of pretention about it. He rose over his audience like a preacher in a pulpit, between tracks with the call to arms about hugging strangers in the audience, living in the moment and congratulating yourself for getting through the day and the crowd hang on his every word. 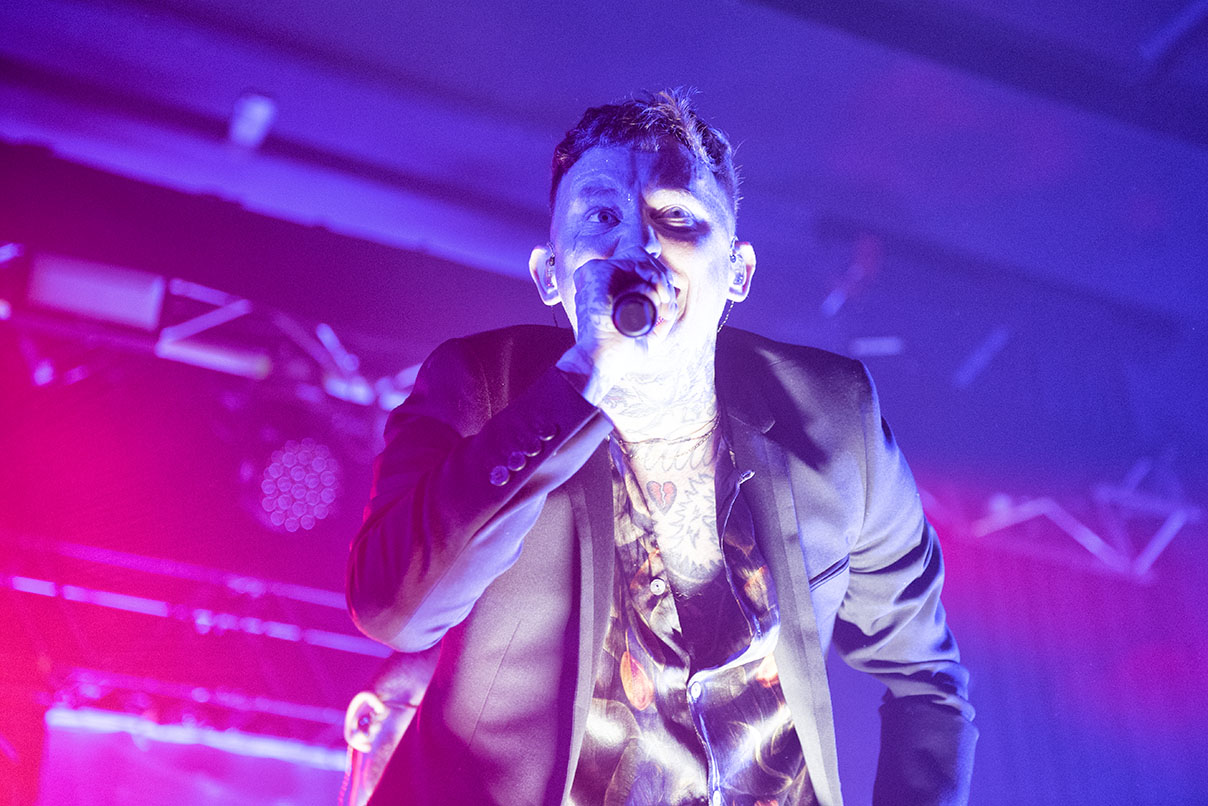 Announcing that their set would be a mix of old and new deepened the already rapturous applause as they opened the show with “Why A Butterfly Can’t Love A Spider” and “Tyrant Lizard King!” His voice soared over the mass sprawling crowd and every note as tight a clockwork. Carter then took his now customary moment to ask the men in the audience to step back as the time had come for the women’s only mosh pit. As an ardent vocal advocate for the Safer Gigs for Women initiative, Carter regular speaks about how his gigs have to be a space where women can feel free to lose themselves in his music. As the opening bars to “Juggernaut” were played I found myself being moved into the centre of the Academy, helped along the way by men cheering with respect, letting women pass and fellow women pulling me in. I made a serious schoolgirl error by not downing my warm wine as it ended up partly down my back and partly in the hair of the purple mane being flung about next to me. But it was shit wine and a genuinely exhilarating experience.

I moved to the relative safety of the side for “Wild Flowers” and sing along “Love Games” before Carter made his next speech about the importance of mental health, before launching into “Anxiety” and the tour debut of “Spray Paint Love”. The frontman is utterly beloved and it is easy to see why. He has a way to speak to every member of the crowd, inspiring them to live in the guitar riffed filled moment. Walking out into the heaving masses, literally being held up by followers creates a rarely achieve a bond between act and audience. 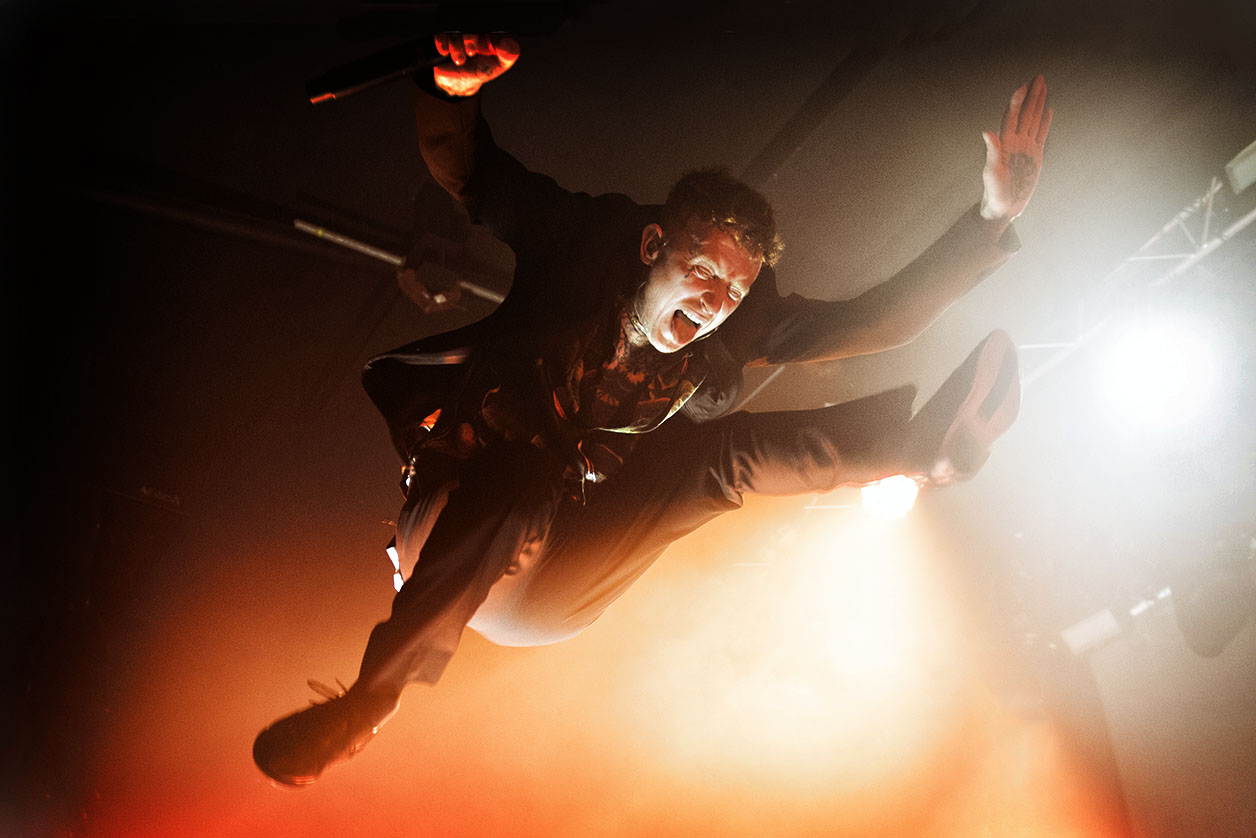 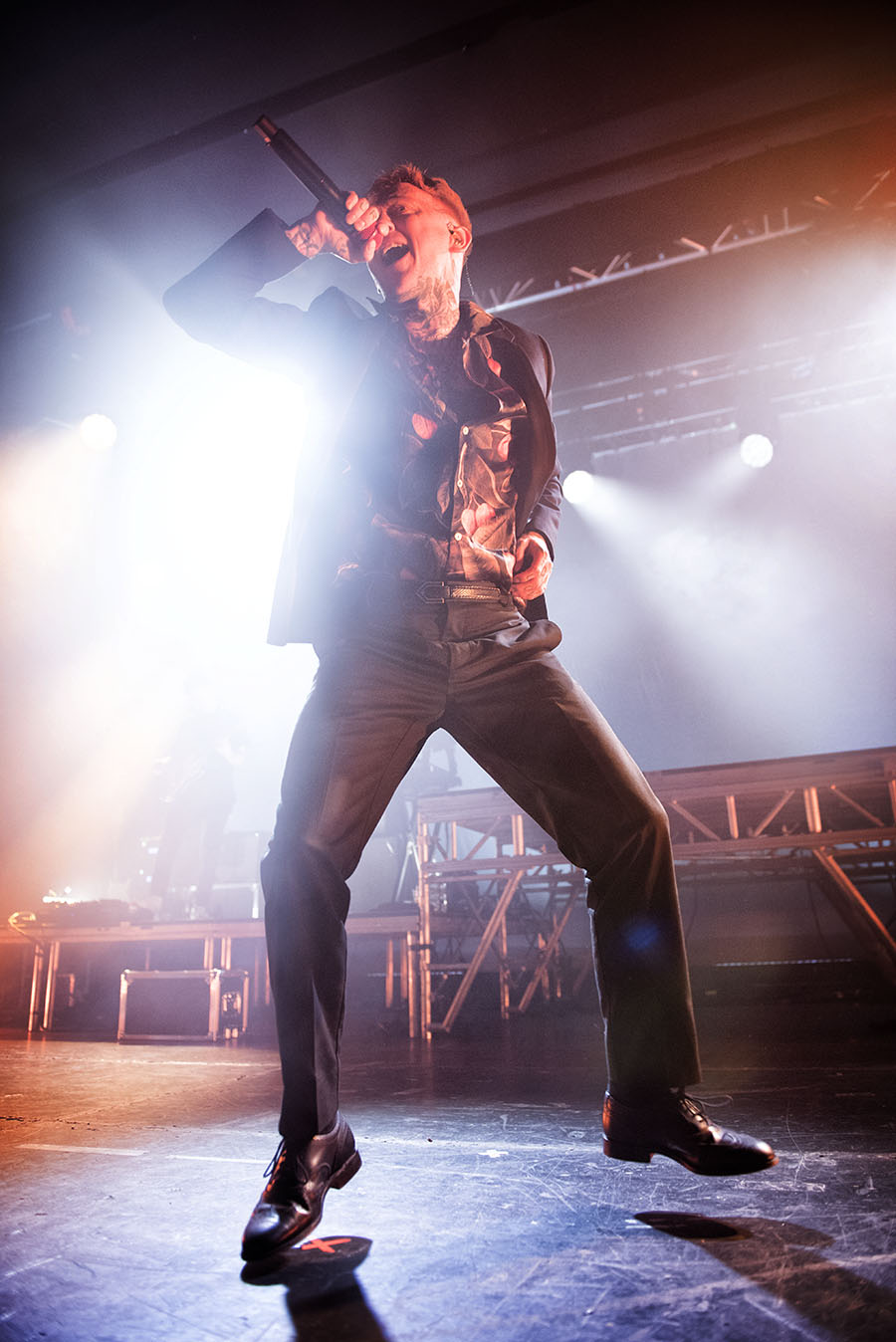 The night flowed by with every note being sung without a hint of pushing of shoving that usually ensures from being this close to the front from this genre of music. If only all audiences were like this. The pace changed, it was simply a beautiful acoustic rendition of “Bleed” before diving back in with the full band live debut of “End of suffering”.

With no need for an encore, they ended the night on a pure high with “Devil Inside Me” and a finale of “I Hate You” which closed the 19 song set.

A truly unforgettable experience and an exceptional night. A perfect mix of old fan favourites and new exclusive nuggets and an atmosphere where the only thing that mattered was the music.

Words by Jo Lowes, this is Jo’s first piece of writing for Louder Than War.