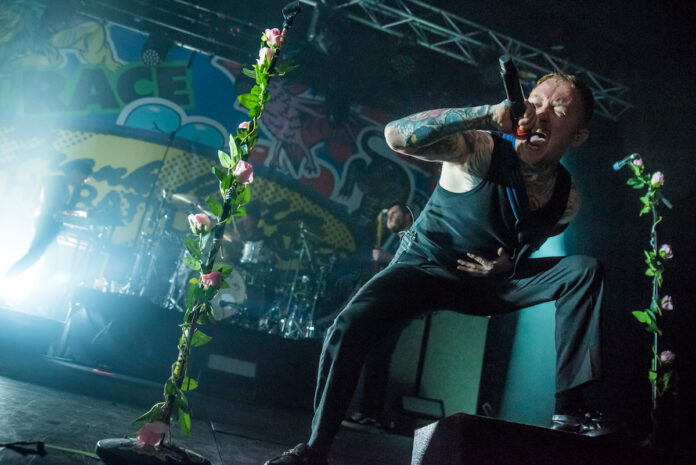 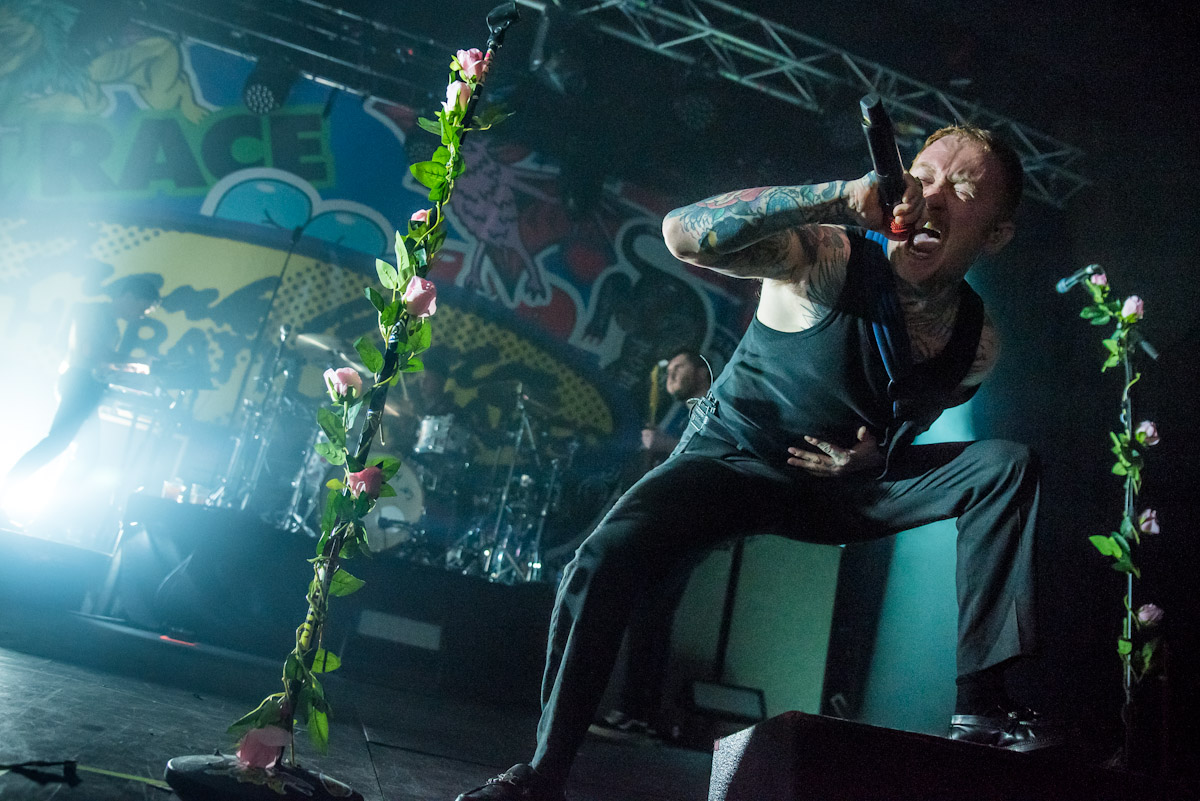 Over the span of six years, four studio albums and numerous tours, Frank Carter and the Rattlesnakes have established themselves as a force of nature when it comes to their live shows and once again they did not disappoint. Louder Than War photographer Michael Bond was there to capture the energy and mayhem at the Manchester Academy.

Firstly, we start with the two support acts, which after doing some brief Twitter research I headed out early to watch. This decision was made very quickly after seeing photos of Lynks and Cassyette. Lynks, a musician and drag performer, takes to the stage in what can only be described as a spiky black latex mask and ripped body tights ensemble along with his two backing singers/dancers the Showergels.  Performing his unique brand of tongue-in-cheek synth-pop paired together with synchronised dance routines and entertainingly funny lyrics, the crowd is soon on board with both the visuals and performance. 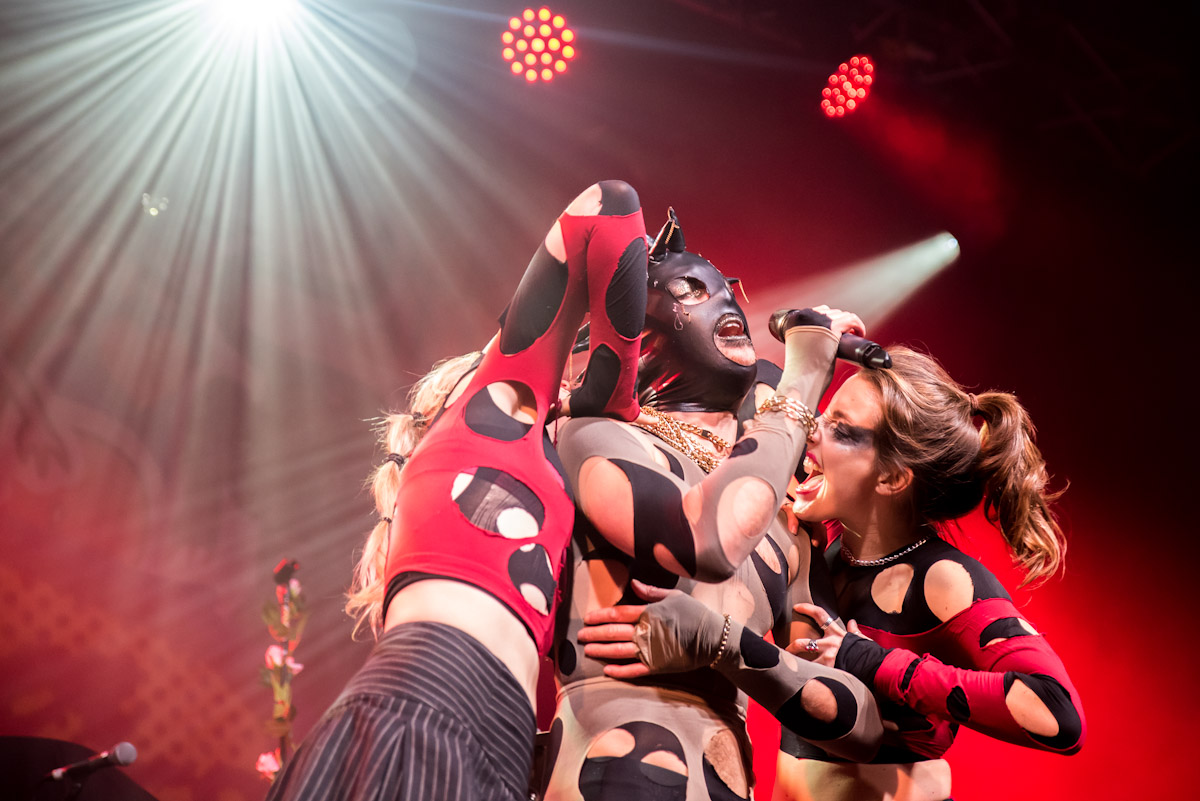 Next on stage and maintaining the momentum is British alt/punk-metal artist Cassyette who again visually looks the part, proving to be a strong support act, with a mix of driving guitar and drums to accompany her heavy and melodic voice. 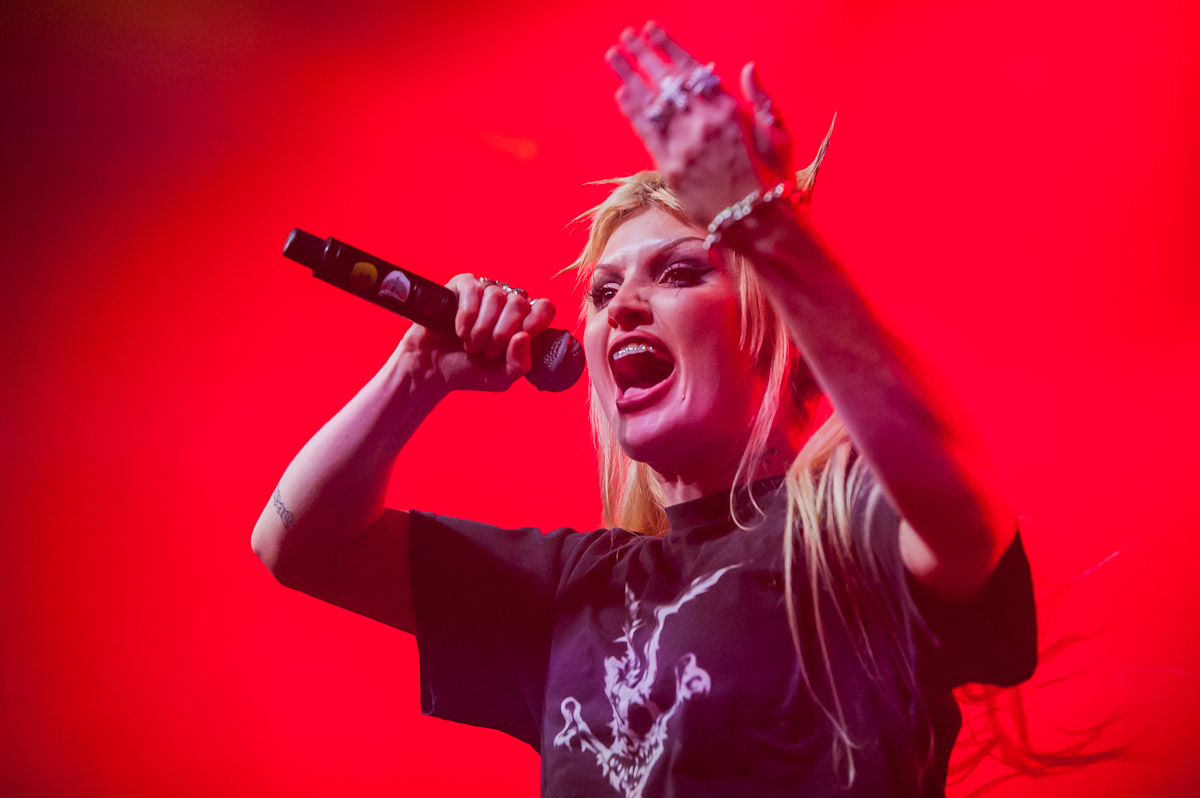 Finally it’s Frank Carter and the Rattlesnakes turn. Fresh off the release of Sticky, their fourth studio album, they kick things off both metaphorically and physically with the new track My Town. Carter then addresses the fact that his left arm is in a sling due to a fractured elbow from an overzealous night on tour. They then move swiftly into Wild Flowers, a track from 2017’s album Modern Ruin, followed by a staple at a Frank Carter show where he sets the scene, creating a safe space and inviting all the girls to either crowd surf or tonight be part of an all-female circle pit, at which point he breaks into Tyrant Lizard King. 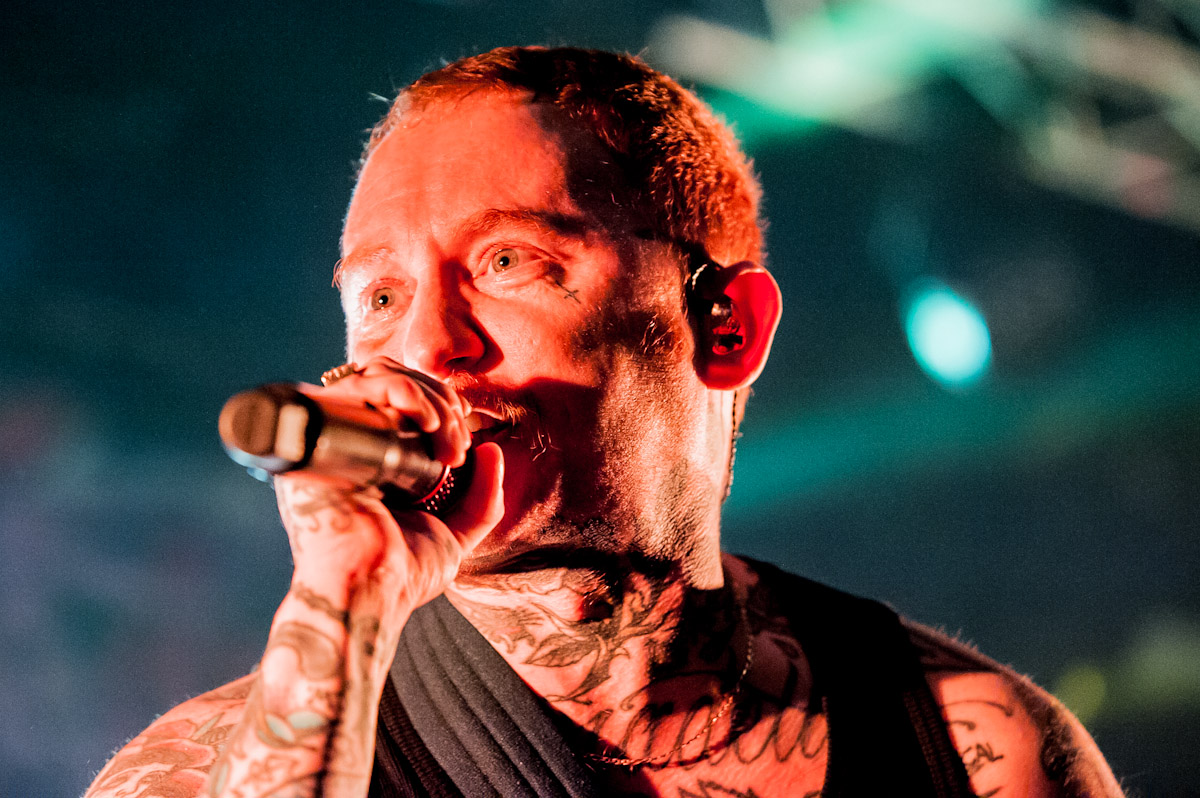 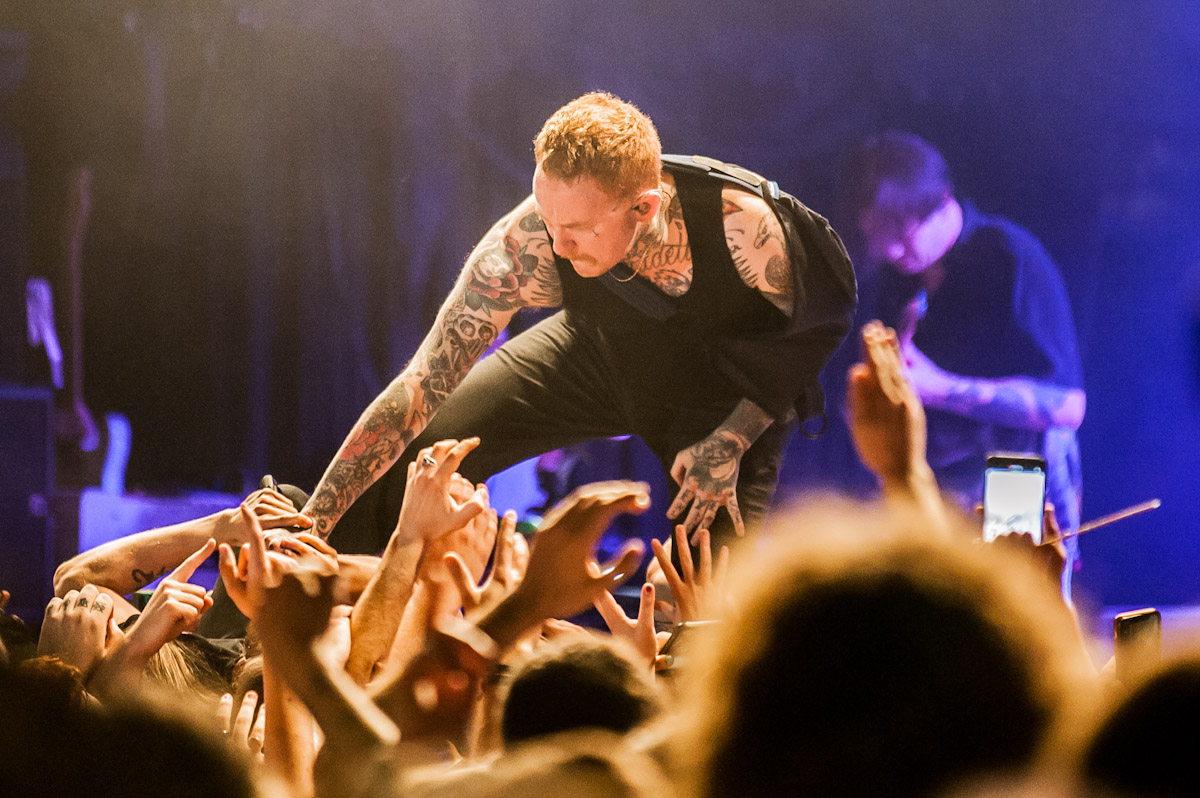 Frank has always actively kept one eye on the crowd throughout his shows and tonight is no different. After a frantic start, he shows genuine respect and concern, stopping partway through one song to call security out to help someone from the crowd who appears to have passed out. He applauds the crowd for their energy but also asks them to calm down and look after each other. Seeing Frank walkout in a sling I expect him to stay on stage for the entire set rather than climbing out into the crowd as he usually does. I’m not disappointed as he climbed onto the pit wall and says “whatever you don’t drop me” and as he proceeds to walk out supported by the raised hands of the crowd as crowd surfers pass him, he himself drops back and starts to be carried back and forth.

The new album sees a collaboration with Cassyette, which sees her back onstage to perform Off With His Head alongside the band. Next up is Devil Inside Me, where Frank goes back to a six-year-old fan he had previously had a conversation with in-between songs. Asking if he knows the words, he invites him and his dad up on stage to sing, this interaction continuing through the song where another young fan is invited up on stage too.

Moving their way through the setlist, Lynks reappears to perform Go Get a Tattoo as yet another brilliant live performance moves to some old bangers, Lullaby, Juggernaut and Crowbar. Carter shows his appreciation for everyone working the gig from the bar staff, security, his band and the team helping to put on the show. The night concludes with Original Sin which rounds off another impressive performance.