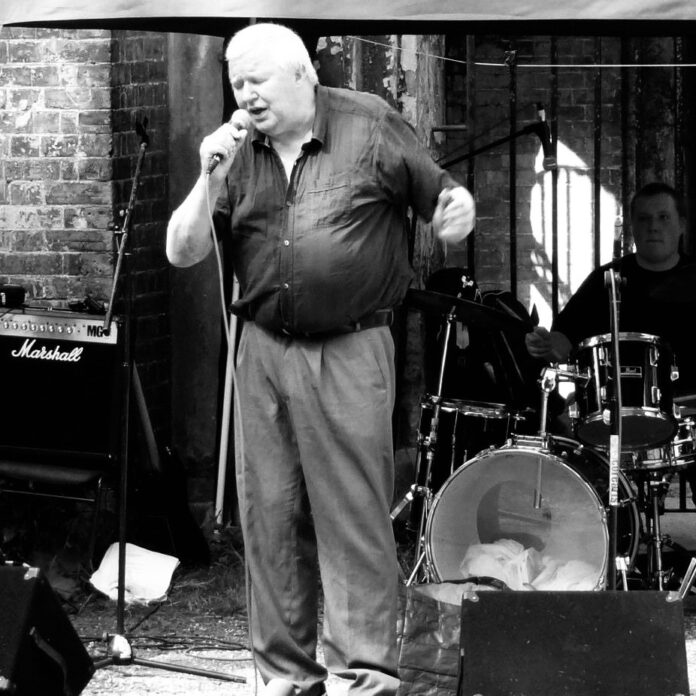 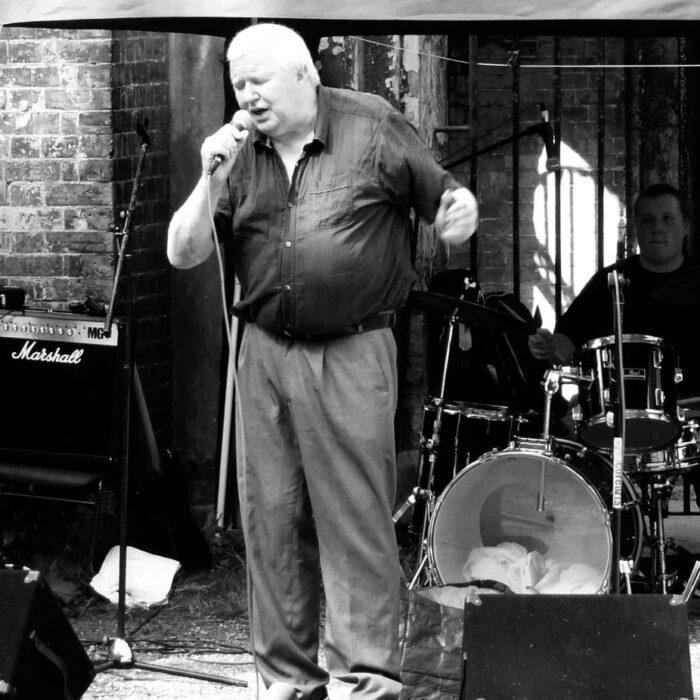 Anyone attending gigs at Core Arts, the pioneering mental health charity in Hackney, London, or one of the numerous venues he played over his long career as a performing poet and frontman of many bands will not fail to remember the larger than life figure, front of stage, arms waving in a Joe Cocker style, harmonica or microphone never far from his lips; his Topsy Turvy Band jamming their psychedelia-tinged blues behind him. Frank was a gentle giant who often wrote gentle poetry, finding pastoral beauty in and around the discarded crisp wrappers, empty beer tins and trashed cars in the areas of London he lived and worked in; words of transcendence and hope amongst the detritus.

His journey began in the early 70s, in south London and on encountering personal mental health issues, poetry and art became his vocation. His experiences of the mental health system of the time made him instrumental in helping to found patients’ rights unions, campaign groups, help lines and safe houses, often within the vibrant squatting culture of the 70s and 80s. Their actions filling a much needed gap in the system and pre–empting by many years, the mainstream response to the important issues they addressed. After performing at and organising protests, sit-in’s and benefit gigs Frank went on to found Survivors Poetry, which with the help of cultural funding went on to be a platform and often a lifeline for its performers. Whilst looking for a venue for his poetry group he stumbled across Core Arts in Homerton, Hackney and founded their poetry group, which is still going strong today.

He released many albums of his own music, wrote for fanzines, blogs and music journalism for Louder Than War magazine – often with a mental health focus, once interviewing his mentor and collaborator Kevin Coyne.

Frank was a life force on stage and a source of hard won wisdom and kind advice for many. He was a man of faith and maintained a faith in the human spirit to overcome the physical and mental hardships presented to him and his contemporaries. His big shuffling figure, deep voice and warm smile will be missed by many.

‘Stigma. Maybe you see someone with mental health issues walking down the street, being accompanied by someone, and see how they have been affected by their experiences.. …and sometimes people feel a bit freaked out… What I would say is don’t fear; theres more to fear in your local pub on Saturday night than ‘us’ walking round in the community.’