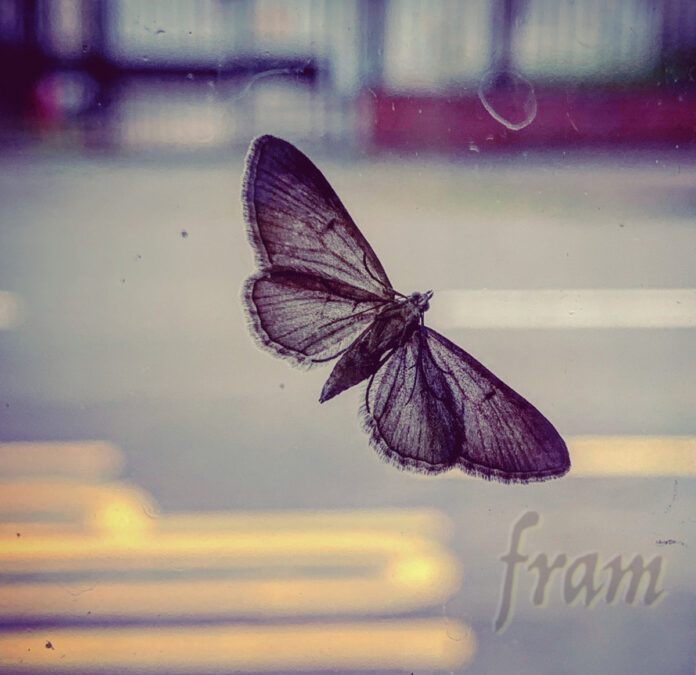 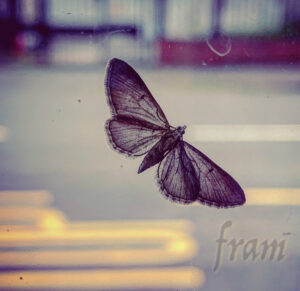 Butterfly is song-based psychedelia with a tranquillity, depth and quality that fans of Eitzel, Oldham, Ben Folds, Talk Talk, Crowded House will maybe appreciate says Ged Babey as Fram take him out of his comfort zone to somewhere lush, melodic and quieter.

It was 2015 when Fram last released an album – which I reviewed here. Where I said, after they described their music as ‘rock’n’roll’…

If it is rock ‘n’ roll it’s from a different time-zone and universe parallel to the one most of us inhabit. Which is cool. This kind of subtle psychedelia is about creating an other-worldly space, using sound and words and mood.

Fram are not in a hurry. Maybe it’s because they are perfectionists. maybe real-life gets in the way. Maybe it’s a bit of both. Fram don’t fit and don’t compromise. They can’t be compartmentalised or tagged with a new invented genre. They say…

Fram are an object lesson in taking your chances, taking your time and taking the musical world with you…one out of three ain’t bad. We have taken our time. We generally play slow music but rule nothing out. The music is emotional, romantic, and at times overwrought. We try and find the finest chord changes and progressions we can find, We adhere to the Mark Hollis adage: “why use two chords when you can use one and think carefully before you use that one….”. We mainly record but do play gigs when the opportunity arises.

Every review of every album currently being released is a ‘product of lockdown’. So I was pleased when singer/songwriter and bassist Scot says: ‘I’d say these songs sit outside of the pandemic. Instead, the themes touched on include old favourites like Antarctica, lonely versus alone, family, love, frustration, anger and random glimpses of beauty. A continuing theme is nature refusing to be thwarted…and unfolding in its own beauty and time despite mankind.’

Butterfly is just four songs, so an EP. but it contains just as much as most full length albums in terms of emotional content, if not actual length. Play it twice in a row. You’ll want to anyway.

Haruspex is an instrumental.  An instrumental is just a song where the listener can imagine their own words… or hear a combination of feelings expressed as music.  Hand in Hand has words but you can just let the music envelope you and drift by as you listen without concentrating on the words unless you really want to.  Maybe that’s just me.  Some music is just therapeutic and relaxing – but repeated listens mean you hear more.  There is something almost classical and devotional about Frams music – both aspects being things I don’t particularly dig in general, but in their case I can see (or hear) are part of the full picture.

Butterfly seems less complicated and overwrought than Frams Against Nature album and maybe they have found the perfect format for themselves: the four track EP with one instrumental.  If only they had a gimmick or novelty aspect that would get them a wider audience –  quality and beauty alone doesn’t seem to attract attention, which is a shame.

This is a great EP.  Songs of quality and distinction.  Songs of contemplation.