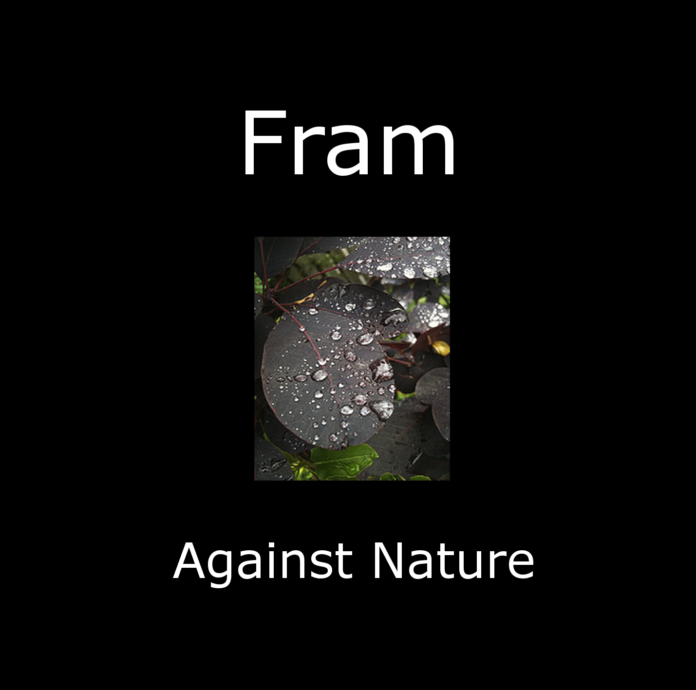 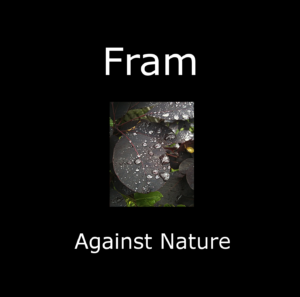 Ged Babey submerges himself into the sound-world of Glasgow’s Best Kept Secret, Fram.

All I know about this album is that it has a tranquillity and depth and luxuriousness about it that most albums I listen to lack. It is  slow-core and chill-out to some extent – but it has songs. Proper songs. Packed with emotion.

Whereas most songs have a forward-moving momentum, Fram’s songs seem to just slowly spin on the spot. A kind of slow-motion rotation. So I guess it is song-based psychedelia.

I enquired whether the main songwriter, Scot Van Den Akker was a Sonic Boom / Jason Pierce type drug addict perfectionist – trying to soundtrack his drug experiences? No. He is a family man and he’s straight I was told, so not a Hippy Johnny at all.

This kind of subtle psychedelia is about creating an other-worldly space, using sound and words and mood.

Fram do this well.

The fact that I know practically nothing about artists like Mark Eitzel, Will Oldham, Ben Folds, Talk Talk, Low, The Bathers, Lambchop, Great Lake Swimmers  (Fram’s influences)… let alone what they sound like, means that I had no preconceptions and expectations of Fram, a terribly nondescript name that gives not a clue.

Fram are / were “essentially a vanity project for Scot Van Den Akker” who fronted a previous incarnation of the band, then called Sunhouse in the 1990’s. They seem to have now become a fully fledged band and the credits go as follows; Scot writes the songs, sings, plays bass (and some guitars); Sandy Cormie is on piano and organ; Chris Osborne is on guitars; and Bob Anderson plays drums and percussion. There are also important musical contributions from Joe Whyte (ace Louder Than War & Vive Le Rock writer), Johnny Smillie and Monica Queen (both formerly of Thrum) . Johnny also recorded and produced the album at La Chunky Studios, Glasgow.

“Fram are a Glaswegian band who offers proof of hope over experience. We continue because we hope to get better and better and to find the one chord change that will split the earth’s core. Or at least get us a lukewarm review or a midweek gig on a three band bill. I don’t know what we sound like but I know what we’d like to sound like. We love Mark Eitzel, Will Oldham   (and so on) …we hope for progress, however glacial. Romance and beauty may not be as fashionable as cynicism, but there’s nothing wrong with love. Enjoy the songs; it’s only rock ‘n’ roll and we like it.”

If it is rock ‘n’ roll it’s from a different time-zone and universe parallel to the one most of us inhabit. Which is cool.

Rowland S Howard covered Talk Talk’s ‘Lifes’s What You Make’ it on one of his solo albums imbuing it with his dark narcotic tranquility. Fram similarly colour their songs with a romantic yearning and some wonderful chiming guitar and purposeful piano. (I’m guessing the guitarist has one of those banks of effects pedals to get the sounds they do. This aint a garage band – the production is lush and widescreen).

One song, And So To Bed, has inadvertent echoes of a song by Peter Perretts first band England’s Glory, which is ironic considering Fram’s inate Scottishness.

Only occasionally Fram are let down by a lot of elemental imagery in the lyrics. Flowing contains mentions of the sky, sea, wind and sun making it more of a weather forecast set to music, but then the cumulus-nimbus guitar-sounds are gorgeous.

Your Blue Period is superb though, a song concerning falling out of love which makes use of tremolo and sustain and masses of open space and Feeling (Part2) muses on ‘giving names to things (that) can’t matter’.

‘Teardrops and Rooftops’ seems to be a familiar title and verges on PreFab Sproutyness but gets away with it.

Monica Queen makes a special guest appearance on Underground, her singing sounding like it’s coming through the air-conditioning grills, as if she is trapped like a princess in the attic.

Ghost Ship, previously a single is arguably the pinnacle of Fram’s work. Stately, beautiful and a different kind of rock ‘n’ roll romanticism. It really should be used to soundtrack a decent movie.

This was an album I was persuaded to listen to by a friend I’ve never met in person.  ‘It might not be your kind of thing’ they said.  There are probably a hundred other albums of this ilk that I’d have given up on after first listen.  But even a Beatles influence didn’t put me off.  There is something so intensely beautiful and desperately melancholy but redemptive about these songs that hooked me.  Maybe it caught me at the right time, when I was looking outside my self-imposed parameters (musically).

Against Nature is an album that defies description, yeah, I know I’ve tried, but I can’t do it justice,  you really do need to hear it…

Fram’s album launch gig is onFriday 8th May at The Old Hairdressers in Glasgow which can be found here: