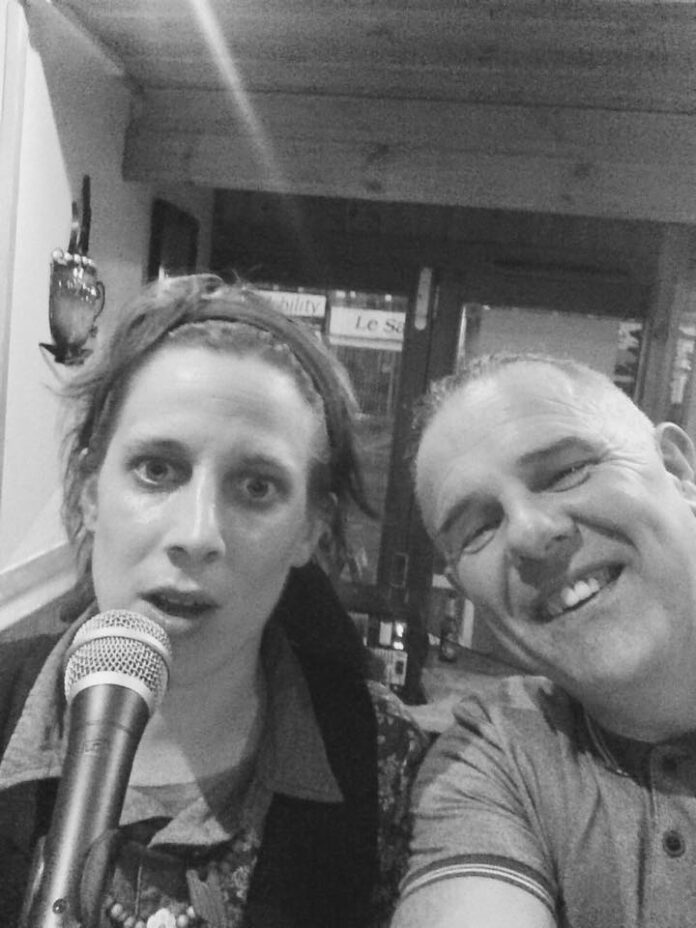 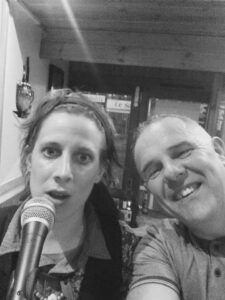 With so many venues and pubs closing down it’s great to see a new, unusual venue starting to become a modest success. Ged Babey checks out Café Reflections in the Southampton suburb of Shirley. Hopefully there are similar ventures springing up all over the country.

A café by day and an acoustic music venue by night, Café Reflections was started and is run by the wonderful Mike Todd. Perenially smiling, always busy, Mike has been in local bands, a solo performer in the past and is a football coach among other things.

Being in Shirley High Street, known citywide and perhaps unkindly as ‘the Jeremy Kyle Mile’ this is not a hipster bistro and micro-brewery, it’s an egg and chips value for money ‘greasy spoon’ licenced for liquor and music.

It’s a nice little caff but a bit of an unusual shape as a gig venue, being very, very long and narrow. Somehow though it works, despite patrons leaving and arriving and nipping out for a smoke having to walk past the acts playing on the makeshift stage.

It’s becoming a real focal point for the communities novice and established musicians to try out their material in front of a small friendly audience.  There is a bar so, of course, as the night progresses the chatter from the younger punters becomes louder so gigs can be a ‘learning experience’.

Free admission and five or so acts, some not on the advertised schedule it’s a great place to visit.

First on, making his live debut was Archie Lyon-Maris, whose own material sounded better that his Ed Sheeran covers. He went down well (with the ladies, being a good-looking nipper) and hopefully won’t consider the X-Factor route.

Stratz is Paul Stratton from local band Mushami. One of the city’s original punks in 1976 he now looks like a train-driver from the Wild West on his way to San Francisco in the 1960’s .  Solo with banjo he does a Dylan goes busking type set mixing originals and the odd Johnny Cash cover. 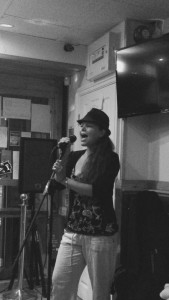 Reggie Bryant (and his compadres from the Docks) are a bunch of hard looking geezers fed up with their band being compared to Oasis so trying a change of style. They’ve employed a young female singer called Gemma Walker, trying too hide her glamour with a downbeat trilby.  Avoiding cover versions with self-written down-tempo, soulful indie she has already been compared to Natalie Merchant and Neneh Cherry and definitely has prescence and a winning smile.  A song called ‘Friends’ stood out as a possible future classic.

(They won’t thank me perhaps, but there’s a clip of it on Youtube from a Joiners gig, which is below, just so you can see what a cool, catchy song it is)

Kyall Donovan,on day release from Welcome Pariah and  recovering from the previous night with a bowl of ice-cream provided by Toddy, played a surprisingly upbeat set to a rapidly filling Café.  Bob Marley and Beatles covers went down well with the punters who lack the pretentions of a city audience.

Fragile Lucy was the main attraction. Describing herself as a singer/songwriter entertainer & artist she arms herself only with a ukulele and the sheer weight of her personality. I’m not being unkind when I say she’s a space cadet and as nutty as a fruit-loop because she is; and that’s what makes her a great performer.  That and a great voice.

She has the androgyny of a young Patti Smith and the confidence of Amanda Palmer as she sings songs about the Universe, self-doubt, techno teddies, being a lesbian with attitude and carefully selected covers ( a love of Pink Floyd is self evident).  She’s just fabulous. Her eyes as expressive as her voice.   I can’t wait for her to capture her magic on silvery discs and expect to see her at many a festival next year.

Café Reflections is a great place for 18 to 65 year old music lovers, songwriters, loveable nutters and barstool philosophers.   Good luck to Mike with the place.