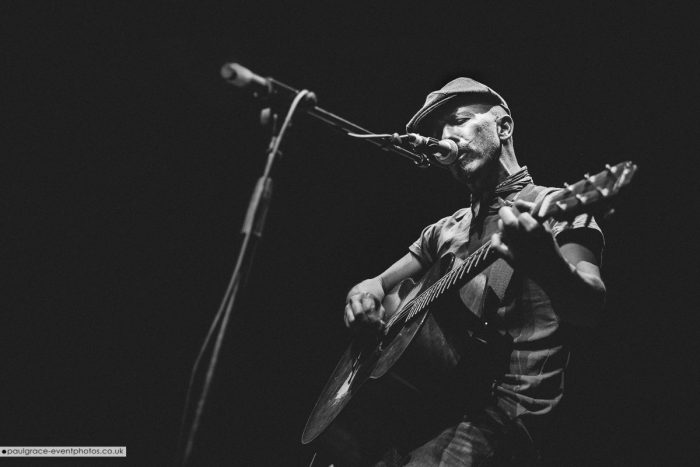 Northern Irish soul rocker Foy Vance was in London earlier this week for a sell out show to preview his new album The Wild Swan. Paul Grace was reporting and snapping for Louder Than War.

I didn’t know an awful lot about Foy Vance ahead of tonight’s Hoxton Hall gig, but I was aware of the growing internet chatter suggesting he’s about to hit the big time. So I was very curious to see what the fuss was all about…

The air is hot and sticky in the gorgeous 3 tier Victorian theatre as Vance and his 3 piece band take to the stage. Beneath a magnificent moustache his beaming smile provides a warm welcome, and they launch into The Wild Swan‘s opener, “Noam Chomsky Is A Soft Revolution”.

Tonight’s show might have been billed as an album preview but within a few tracks Vance throws caution to the wind and rips up the set list, preferring instead to ad-lib a selection of songs he feels suits the vibe and flow. Tracks off The Wild Swan are still very much in the majority of course, and are punctuated with the occasional flashback to 2013’s Joy of Nothing, as well as a few covers. 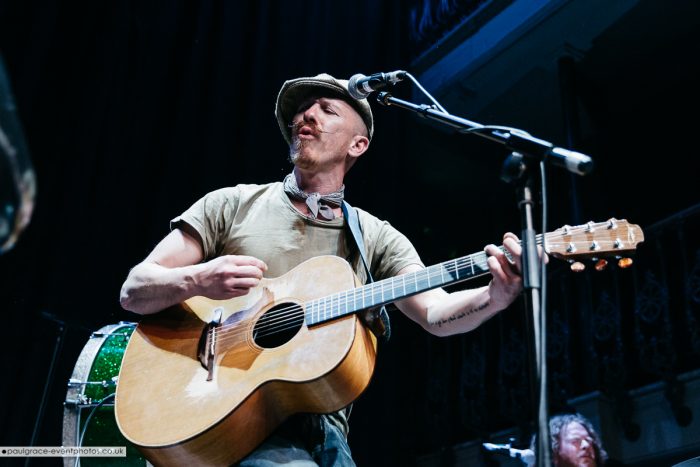 His sound is bluesy mix of shuffling rhythms, lush piano progressions, and intricate guitar patterns, but it’s the quality and sheer power of Vance’s voice that really impresses. At times his isolated vocal pierces the darkness and howls around the theatre, the effect is both haunting and jaw-dropping to the point I see fans eyeballing each other with “OMG!” looks. Foy Vance has some hilarious stories too and between songs he shares anecdotes and life experiences which make us literally scream with laughter (he affectionately calls us his “brothers and sisters”).

Refreshingly he doesn’t take himself too seriously – at the start of “Be Like You Belong” he suddenly stops and informs us that he has “2 songs that start with that same lyric and I always get them f*cking confused”, and the room roars again. 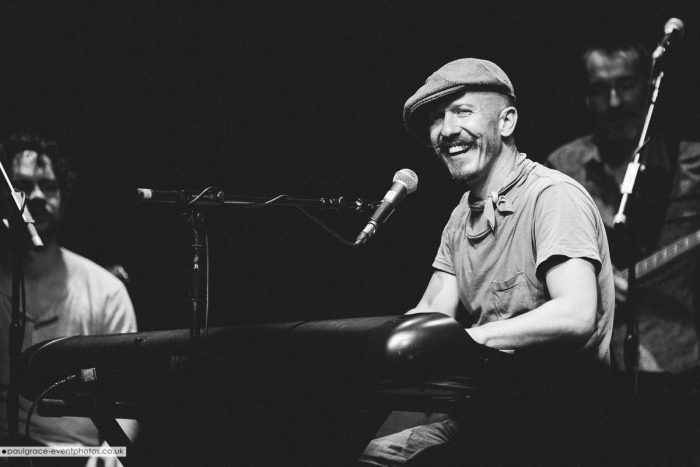 With its infectious chorus, “Ziggy Looked Me In The Eye” is a stadium sized crowd pleaser, while “She Burns” rolls effortlessly along on its deep rumbling bassline. Vance treats us to 2 Prince covers during the 90 minute show; first up it’s “Sometimes It Snows In April”, and is seamlessly followed by an emotional “Purple Rain”.

Towards the end of the night there’s more rule breaking when he rejects the traditional encore and asks us instead to pretend that they’ve walked off and just come back on (cue lots more laughter!). For the final track Vance invites us to hum a drone in unison to create the backing track to new album title song “The Wild Swans On The Lake”. His acapella resonates over our vibrations and before you know it, he’s gone.

It’s hard to fault tonight’s performance – admittedly there were a few small “hiccups”, but it’s these joyful moments, along with Vance’s hilarious come backs that gave the show it’s unique and lovable character.

More importantly, tonight was one of those rare gig experiences where everything just came together and clicked: artistry, humility, emotion, humour, and, most importantly, damn fine music!

You can find Foy Vance online here: www.foyvance.com, on Facebook and Twitter as @foyvance. His new album The Wild Swan is out now.