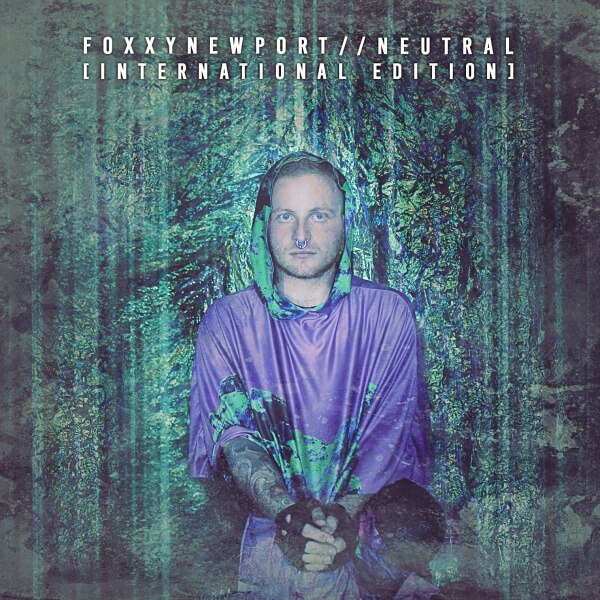 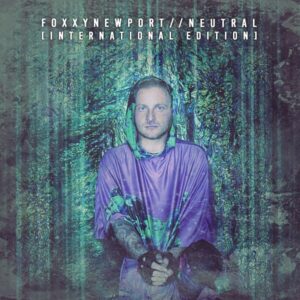 FoxxyNewport brings us fiery electropop sure to fill the mind, as well as the floor. The alter ego of San Francisco Bay’s Jesse James Alexander, you can expect intimate encounters through carefully-crafted club music. Who said big beats couldn’t bear feeling? Something to feel especially excited about is FoxxyNewport’s recently-signed European contract with Manchester-based label AnalogueTrash .They are determined, and rightly so, to release FoxxyNewport’s intense tunes to a UK audience in the form of the ‘Neutral’ LP: a special international edition of his acclaimed debut album.

FoxxyNewport’s sound is a refreshing  combination of striking blends of beats with a voice unlocking situations of lust, sex, sadness and stories; aspects he appreciate as a prolific DJ, blogger and party goer on the West Coast. Yet this is far from an ‘American exclusive’ sound, as well-matched rhythms and lyrics explore everyday, even awkward encounters, with a revealing dive into the darkness underneath. Take situations such as the steamy club encounter, the star-struck lovers, the sexual experiment – inevitable roles FoxxyNewport explores with a  balance of electronica, as well as emotion in his latest LP. Like a whirlwind of feelings, you can expect a whirlwind of sound, gathering up influences of 80s electro-pop, a trance-like feel of the 90s and now, modern big beats. Enhanced by production from the iconic Mr. Kitty (a hot name in alt-pop), you can expect carefully-crafted club music topped with FoxxyNewport’s distinct baritone.

The title track opens the album boldly, with lyrics exploring the human condition in an unapologetic way: “we tie ourselves to many things” – and tunes which explore these emotional strings as well as the physical ones. Sexuality is a big theme here, and imagery of sexual ties pulses through the album; everything from the flirty feel and playful “ole ole” in tracks such as ‘Emotions’, to the more forceful, fantastical ties in tracks such as ‘Leather’. It seems appropriate that FoxxyNewport picks bold beats to explore the nature of sexuality; something he celebrates as important and creative in his role as self-styled anti-popstar for the queer and alternative communities.

Rather than churning out tunes which fill floors but lack meaning however, he  uses a diverse blend of electronic skills to show his ability to explore both human sexuality and sensuality. This takes skill; and it’s easy to  admire his ability to craft short lyrics well-suited to this genre, which deliver a surprising amount of meaning – consider “live a pretty life, die a neutral death”. It’s the chorus of ‘Neutral’ and the slogan of hot human experience. His lyrics highlight with a honesty how human beings encounter each other through sex and love; which may be as melodramatic as “See you in the stars tonight” of ‘Stars’, or as base as “lust consumes” from the track ‘Confidence’. He doesn’t try to separate lust and love, or unlock their enigma; instead he takes us on a tour of human encounter – the bad and the good. He draws clearly on a range of experiences as well as influences; with artists such as Fever Witch and Metal Mother amongst his favourites.

‘Club sound with a contemporary sensitivity’

In the ‘Neutral’ EP then, FoxxyNewport’s sound is showing significant maturity; a club sound with a contemporary sensitivity – and I thrive from it. He’s even progressed significantly compared to tracks released digitally last year such as ‘Killer’ (available  on his SoundCloud). He’s moved from a more darkwave, minimalist attitude which mixed beats and lyrics, into a style which keeps the components distinct, and individually more powerful. In the LP’s track ‘BLVCKLODGE’ for example, the listener is immersed in a series of individual components, which could be seen as intended to parallel all the separate sensations occurring during an occasion of infatuation. For example, the track opens with warped synths which serve up a nightmarish soundscape unlike anything else on the album. It’s not long before funky electric beats cut through and distinct organ sounds which make this track one of the most memorable. It’s a little-bit-Halloween and yet heartfelt, factors which make the accompanying lyrics seem even odder – “I knew you wanted to buy me a drink.” Are these trivial lyrics in light of such triumphant music? I don’t think so – and here’s why: a key point of FoxxyNewport’s music seems to be determined on showing these everyday experiences of attraction and reaction as worth drawing attention to, especially because of their sensory significance.

FoxxyNewport is distinct in what he does;  he shows the capacity of electronic music to tell us more about ourselves and our relationships. A notable technique is his use of vocals verging on the robotic. Take the track ‘ Confidence’ which is rich with intense beats, built-up with a choral fuzz of vocals, accumulating with what sounds like “lust consume”. This blends the human with the industrial; an electronic voice drawing attention to a particularly animal sensation – lust. This is music which makes us aware of different levels of intimacy – that we have with ourselves, each other, our technology – and, as FoxxyNewport suggests, it can be productive. This does not demonise the electric, but actually uses it to elevate the erotic. Take how the track ‘Leather’ breaks down from noises of industrial machinery into what is a fully-fledged track of anthemic electronica. Although the genre is different, one can’t help but think of Joy Division, and their combinations of industrial noise with intense bass – so it’s seems a little fitting that FoxxyNewport is signed up in Manchester. The development of layers within the dance music to me symbolises how we can connect with a deeper selves, even through club culture; bringing our bodies closer to objects and rhythms around us, turning cold ‘leather’ into much more. Sound strange? You might just be tempted to tune in….

‘A trip through sensuality and sexuality which plays with the sinister’

There are plenty of reasons to pay attention to the ‘Neutral’ LP – even its length is impressive, with ten full-length original mixes as well as a selection of remixes. It seems to be FoxxyNewport’s pledge that although he celebrates communities ‘at the edge’ of society – and importantly so. The music is certainly not just a sliver on the outside. He shows that mainstream beats can be opened to anyone; as he uses them to open the deepest human self – a trip through sensuality and sexuality which plays with the sinister. This is what is so rewarding about the album – it isn’t just one layer of straighfoward sound. As remixes in the latter half of the album such as the Cora remix of ‘Neutral’ shows, revisiting those sensuous sensations of nights-out and sexual imaginings, can be rewarding rather than relegated. The Cora remix plunges the listener straight into bubbling sound and seems to confirm that this is the LP equivalent of a brimming cup; sloshing, sexual and ready to spill. Drench yourself, you know you want to. Even if you tell yourself club tunes aren’t your thing – it’s hard not to have a sip.

All words by Emily Oldfield, who you can find  on Twitter as @EmilyvOldfield and visit her  website.