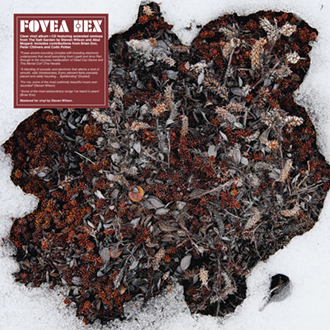 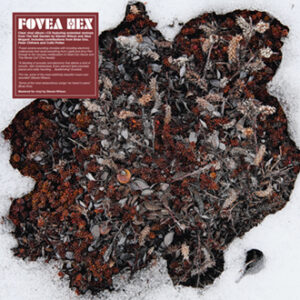 New remix album from quiet music band Fovea Hex, featuring two lengthy ambient pieces newly rearranged by producer Steven Wilson (Porcupine Tree), who also mastered the disc for vinyl. The CD that comes as part of the package includes bonus tracks By The Glacial Lake redone by Peter Chilvers and We Dream All The Dark Away which was rejigged by Abul Mogard. Ian Canty drifts off into the stratosphere…

At the tender age of 15 Clodagh Simmonds joined psychedelic/prog/acid folk trailblazers Mellow Candle as a featured singer and songwriter. That band released their sole album Swaddling Songs on Deram Records in 1972, which has gained a solid cult following over the years. Since then Simmonds worked with as diverse talents as Thin Lizzy, Mike Oldfield and Current 93. In the early part of the 21st century she formed Fovea Hex, a “quiet music ensemble” (well that’s what the press release calls them anyway). The group has a floating membership which has included on record Laura Sheeran, Michael Begg, Colin Potter and both of the Eno brothers, with Brian being a fan and heard here vocally on We Dream All The Dark Away, a co-write for Clodagh with Abul Mogard who also remixed the track.

It is immediately apparent on listening to the ultra-slow piano glide that heralds the first track here that we’re not talking about songs on The Salt Garden (Landscaped) except in the loose sense, as Fovea Hex deal far more in experiences in sound. The album is made up of two side-long efforts in Is Lanza Light & Given and Solace. This is definitely a work that the listener needs to be in the correct mood for, but that isn’t to say that it is difficult to listen to though. In fact, quite the reverse is true. There are some extremely pretty passages and you can easily understand why David Lynch might be a Fovea Hex fan, particularly on the aforementioned We Dream All The Dark Away. It conjures up a similar strange sense of beauty entangled with the sinister that is one could glean from his film work.

Rather than beginning, as hinted at above, The Salt Garden (Landscaped) more drifts into earshot with the first item Is Lanza Light & Given. Slow and with a peaceful serenity, it gently, just about audibly, develops with synth/string drones. Even though it is buried deep here, there is still a sense of progression, with deep choral voices and mildly harsh electro washes coming about six and a half minutes in. It’s a little like deathly slow electropop and I mean that in a good way.

At 10 minutes Clodagh’s voice comes in, giving the eternal, haunting feel a touch of folk. The sound almost fades away entirely, apart from the constant pulse, but then the voice comes back manipulated electronically and feather-light percussion a long way away somehow makes its presence felt. To close with a more traditional song shape develops, movingly so. Is Lanza Light & Given was my introduction to the world of Fovea Hex and it was one of chilled cool.

Flipping over the vinyl we have Solace, which clocks in at around the twenty one minute mark and shimmers into progress with long notes that fade away ethereally. Silence is used more as an instrument here, denoting changes in emphasis as strings make themselves heard. Patiently those strings build themselves up, before disappearing again. This is as far from rock & roll as one could imagine, having a lot more in common with classical music, but it works.

Two shorter offerings round off the CD that comes as part of The Salt Garden (Landscaped) package, though We Dream All The Dark Away is only seconds shorter that Solace. A slow fade in of keyboard sound introduces the piece, then after four minutes Simmonds’ voice comes in. The brief vocal interjections resonate, “We dream our paradise” sang so sadly as though that paradise can never be attained. It has that rare kind of “lump in the throat” beauty, with a male voice choir effect emerging three quarters of the way though as it builds to a fuzzy intensity. Finally By The Glacial Lake ends the CD, a folk-tinged song that has a meditative piano figure and slight feedback effects. Clodagh’s voice is jaw-droppingly lovely and enchanting here.

The Salt Garden (Landscaped) is beautifully presented on clear vinyl and the inner sleeve includes an interview with Clodagh Simmonds plus comments from Steven Wilson and Brian Eno. This is music for chilly autumn nights, music filled with gentle mystery which will tantalise long into the evening. Perhaps not for everyone, but then again you could say that about any music. Fovea Hex prove here there is a need for music that takes one away from the endless talk and noise of modern life – this is a collection of quiet wonder and purpose.