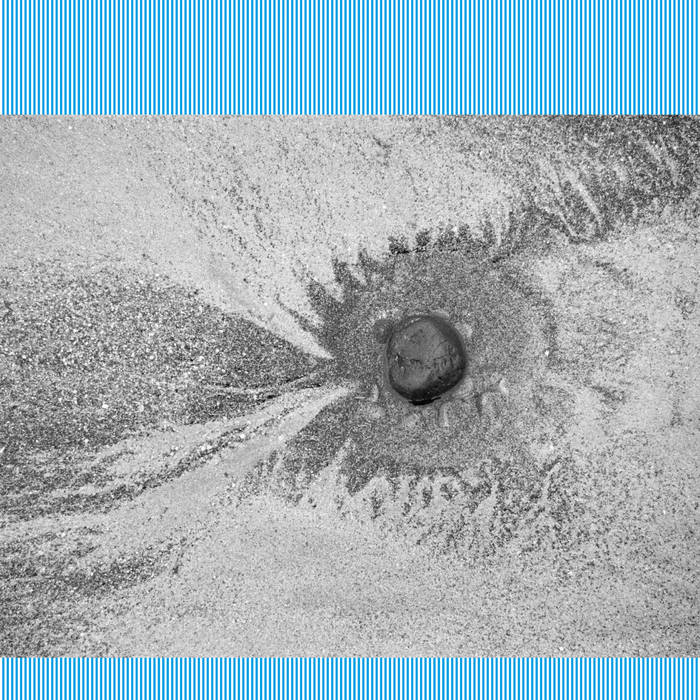 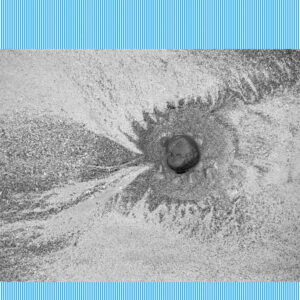 New Energy is the latest album by Kieran Hebden aka Four Tet. Released via Bandcamp and with the first batch of physical releases only available via Oxfam, New Energy sees Hebden head further down to the road to spirituality. Simon Tucker reviews.

Music and spirituality. Two things that have combined since we first evolved from apes. From the various indigenous tribes around the world, to Gospel music born from spirituals sang by those in the cotton fields, to Guthrie and his concept albums focusing on the true American experience and their relationship to the land, music has been used to elevate ourselves from our bone and flesh cell and to try and commune with a power that is greater than the self. Music acting as a community, as self-help, an anaesthetic for the soul and the troubled mind.

Since its inception, those working in the field of electronic music have carried out this tradition. Whether that be the joyous sounds of Frankie Knuckles or the deep productions by Goldie (whose latest album The Journey Man is an epic celebration of life and the joy found within a peaceful and contented mind) electronic musicians have always tapped into a higher plane and we as listeners were happy to join them on that journey hoping to find a pure escapism from our concrete prisons and tie-wearing shackles.

Kieran Hebden has been making devotional music since his breakthrough 2003 album Rounds and with each release, he seems more and more determined to create music that lifts us from the physical to the universal. One look at some of the titles on New Energy (itself a pretty big clue) ‘Lush’, ‘You Are Loved’ ‘Gentle Soul’ tells you the mindset of its author and what his intentions are.

Scattered throughout New Energy are moments of stunning contemplation whether that be on the opener Alap which settles you down, calms the pulse, quietens the mind, or the glistening first section of Memories which shimmies and shines before entering a deeper phase of self-reflection. Falls 2 is another brief but powerful ambient work that utilises the harp to add shivers to the spine.

Hebden has often talked about his love of Alice Coltrane and on the build-up to releasing New Energy he has spoken of how Indian Classical music and birdsong (check out his takeover of Late Junction on BBC Radio 3) have influenced his writing process for this album and that is what immediately strikes you hearing it for the first time. That mixture of natural elements, mixing with a human mind and electronics, is a powerful cocktail and New Energy mostly resembles the recently released Alice Coltrane Ashram Tapes than any contemporary electronica.

New Energy also gives us further evidence of how focused on the finer details of song arrangement and the layering of instrumentation Hebden is as every song is so finely nuanced and delicately balanced with sudden swells of sound emerging from under (Two Thousand and Seventeen, SW9 9SL) and distant human voices emerging not quite crystal clearly but enough to have an emotionally visceral effect (Memories, You Are Loved).

For all its meditative power, New Energy doesn’t eschew the dancefloor all together with Two Thousand and Seventeen, SW9 9SL, LA Trance and Lush all using the bass drum as a driving force creating a sea of Cheshire cat grins and communal arm raising.

Community, hope, peace, love, cosmic consciousness…these are the themes that drive New Energy to dizzying heights. Themes that written down may seem slightly trite or “hippy ideals” but are innate pieces of the human existence puzzle. Hebden weaves these themes together with a poetic romanticism and high intelligence. This is music not made my marketing teams or in boardrooms searching for a demographic to fleece, it is music made by a human being who you just know HAS to get this stuff out of him and pass it on to the world. No boxes being ticked, no second guessing trends, just a love for what they do and an absolute need to communicate with the rest of us. As love letters to the human race go this is a very special one and as Autumn lights the world up in its vast palette of colours, Kieran Hebden has provided the perfect soundtrack. Even if you’re a vinyl purist make sure you get the download of this album and take it walking with you. It will help light up your journey and appreciate the sights around you that little bit more. Is this Hebden’s finest moment? After only having a good solid eight hours with the album it is impossible to say but it is definitely easy to say that it is one of 2017’s finest moments. Let New Energy into you and be rewarded.

You can get New Energy direct from Four Tet’s own Bandcamp. Four Tet can also be found via his website or Facebook and Twitter where he tweets as @FourTet.