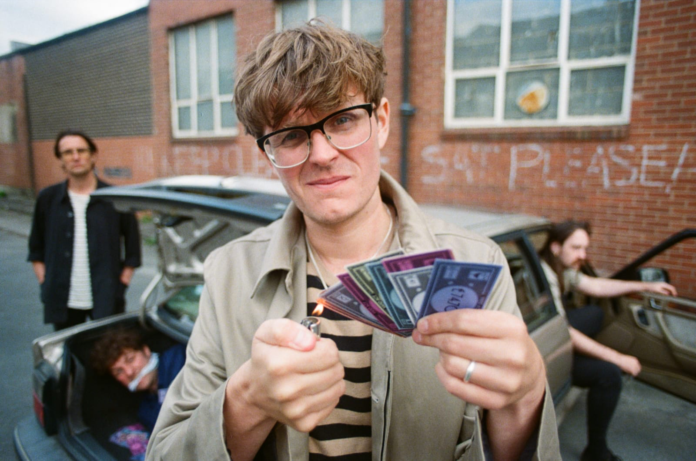 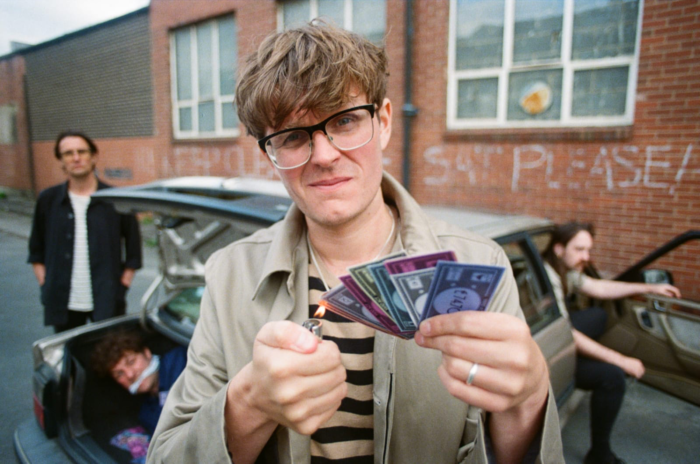 Don’t watch that, watch these!

So much great new music, so little space and time to tell you about it….. so here are four new-ish English bands with no connections to each other, apart from the fact that at least one might end up your ‘new favourite band’.

… are fast becoming one of the most popular Outsider Indie bands and judging by the reception already to the flagship video and song for the forthcoming album, they look genuinely set to become the post-pandemic generations answer to the Fall. (a comparison they will become sick-of, if they haven’t already!)

their feverishly anticipated debut album The Overload is set for release on 7 January 2022 via Zen F.C. and have also shared the record’s searing lead single of the same name alongside its accompanying video by James Slater.

The Overload is a political record, but in the same way that all great observations of human nature are – a messy, complex, knowingly hypocritical snapshot of our current state of play.

Spanning 11 entirely new tracks, The Overload is a record packed with Yard Act’s inimitable wit, musical dexterity and tasteful curation. Littered with the band’s signature dark humour and knowing cynicism, The Overload pokes fun at society without ever punching down from a place of superiority.

Southampton’s band most likely to. Mystic Peach I described as a Screamage Daydream before, in a piece they and their PR people didn’t seem to like for the implied violence of the tag line. The forthcoming EP is a swirling suite of modern-psych self-absorption and they are well on their way to cult heroism of Placebo-sized proportions.

Southampton’s hair-raiser trio Mystic Peach have today shared their genre-thwarting single “She’s So Neat”, the first single from their highly anticipated debut EP M?, to be released on 17th November 2021, via the buzzing South Coast label and promoters Honeymooner.

Check out the video below, shot by the band, with frontman Curtis Gale in an alien costume. “When you alienate yourself from societal pressures and following trends, you tend to enjoy your life more.” he says.

No Deal Disco are a bit of an enigma.  Self described as “Sam Robinson’s imaginary band”, a move from Portsmouth to Oxford and the addition of Lloyd Davies and the one man unit became a dynamic duo.

Sam has a nice, dour, crooning voice and they play inventive modern rock.  The politics of everyday life seem to have intervened and inspired the songs (Nationalism is a Gateway Drug, Charity Begins at Home…) and brought things up a gear.

Singing about everything from dodgy politicians to consumerism, misplaced pride & relentless hope, No Deal Disco have a lot to say & aren’t pulling any punches.

The only bit of coverage they have received thus far, displayed on their bandcamp, was a dismissive “Far from original, sounds like Interpol and Brainiac” from Andrew Fearn of Sleaford Mods. For some reason they remind me of the brilliant Sub-Pop band Moaning.

No Deal Disco are unsigned and bring out their own material and have a sense of being a release-valve for the frustrations of a once happy-go-lucky dude.

Their third single is the catchy Bag for Life and there is a new one, Class Tourist. on Spotify now and plans for an album in late 2021.  They seem to be getting better and better with each track they release.

The no-budget video is kinda hypnotic and the song is a definite grower. They are a band to watch out for.

When I reviewed Anarcho Punk Dance Party, their debut album I asked – Is this the last great punk album of the decade?  Or is it too heavily in thrall to the sound and ideas from 1979? And even after seeing them live again recently, I still don’t know the answer, but they are a stunningly fierce live band.

Now, that, is a cracking song.