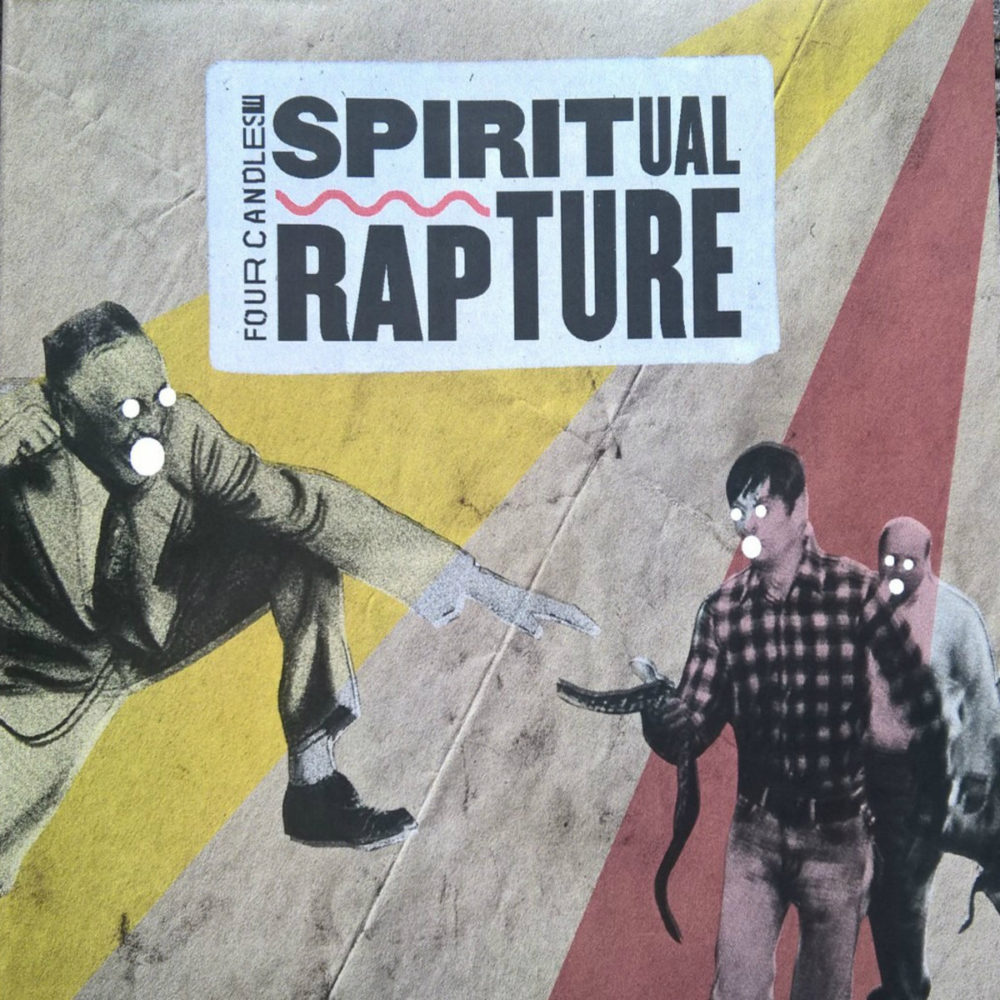 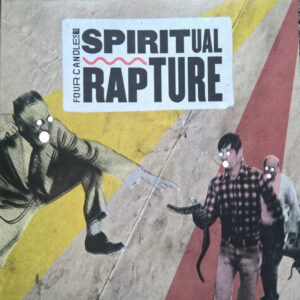 Regular perusers of Louder Than War will know German Shepherd Records and Ian Moss – Salford music enthusiast and catalyst. Four Candles are his latest of many bands and collaborations, and this is their second album…

Four Candles despite the comedic name are a serious band.  They deal in introspection and exorcism.  Self analysis and therapeutic rant’n’roll. The songs document life on the margins.

They have become more sophisticated on Spiritual Rapture. There is definitely a progression here.  Everything is gelling more and each constituent part is better, sleeker, funkier.

Strange Things Are Happening is a beautifully paced song. Mark Taylors plaintive guitar figure being the hook, counter-balancing the dread of the lyrical content. (a vague simillarity to the Ants ‘Tabletalk is pure coincidence I imagine.)

Chastity Belt is driving piece of garage rock all the better for a bumble-bee-in-a-jar saxophone giving it a Cravats feel.  “They put my privates on parade..” is a great opening line!

Dipping A Toe In The Water is perhaps the stand-out track as Ian Moss finds himself singing in an uncharacteristically gentle soft-spoken manner.  The bass’n’sax groove is almost Bowie-like and Taylors guitar again is exceptional.  The lyric about cultural appropriation and music snobbery is cool and it’s just the smoothest piece of music Four Candles have made, and could well point to a future direction.

C33 is a storming return to clipped punk snarl on the subject of Oscar Wilde.

You Can’t Be What You Pretend is an epic too.  Psycho Killer style bass, a Lydon-esque vocal and guitar which reminds me of proto-Goths the Virgin Prunes.

I Hate Basket–Weaving is a slide-guitar garage-blues stomp which is about the tedious, supposedly theraputic practice which mental patients were taught and made to do. (Hence the expression ‘basket case’)

Ian Moss has always believed in raw, spontaneous, immediacy in the music his bands make.  The feel rather than the technical polishing and constantly re-writing, re-mixing.  Even if he had the luxury of the time and money, the timeframe between writing, recording and releasing has to be as short as possible.

I do wonder what Four Candles would produce if they took more time to fine-tune their work though … and spent more valuable time and real hypothetical money.  I say this because what they do on a limited budget is so bloody good, what they could potentially produce would be genuinely game-changing and would appeal to a wider audience,

But as it is this is a powerful piece of work and stands as Moss and his band and his labels finest.

Thanks to Rockin Vale Media for use of the video