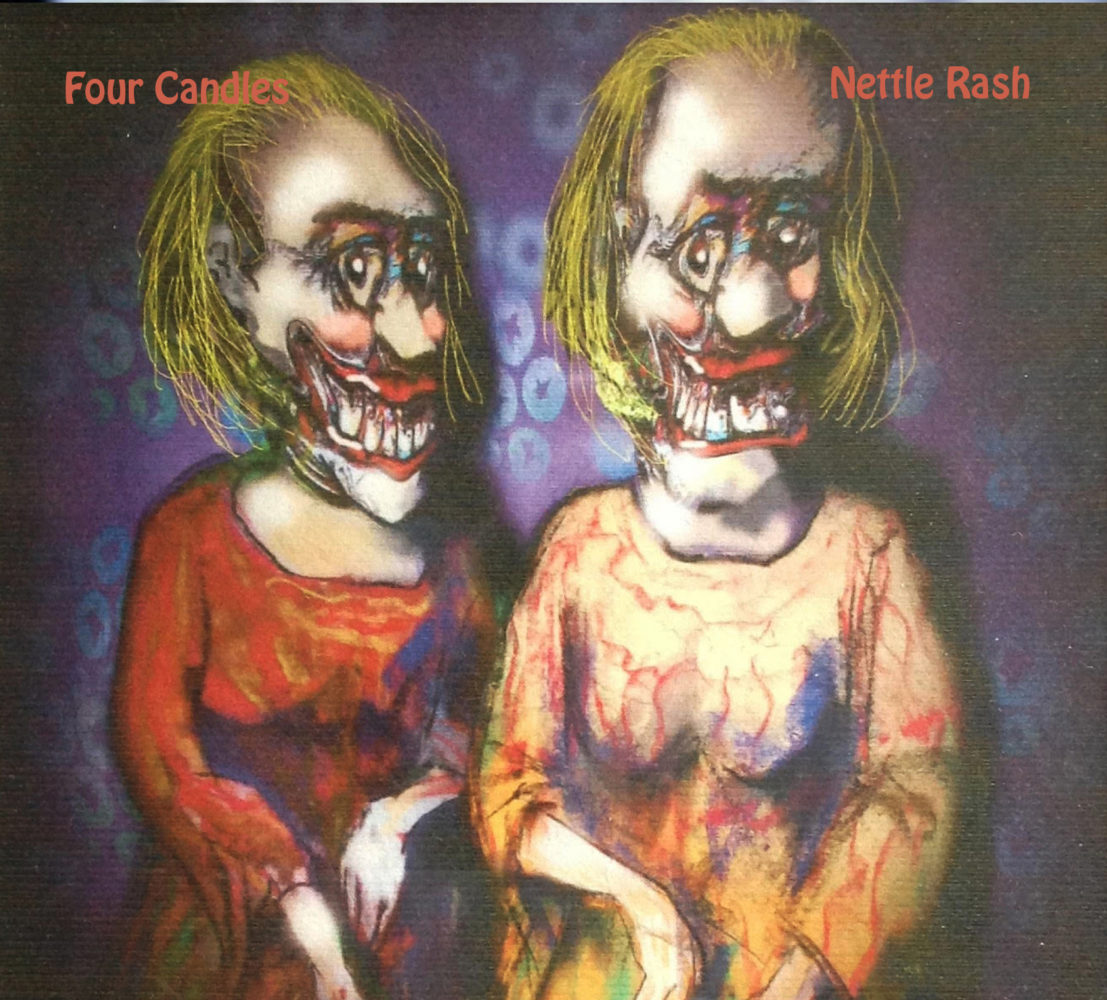 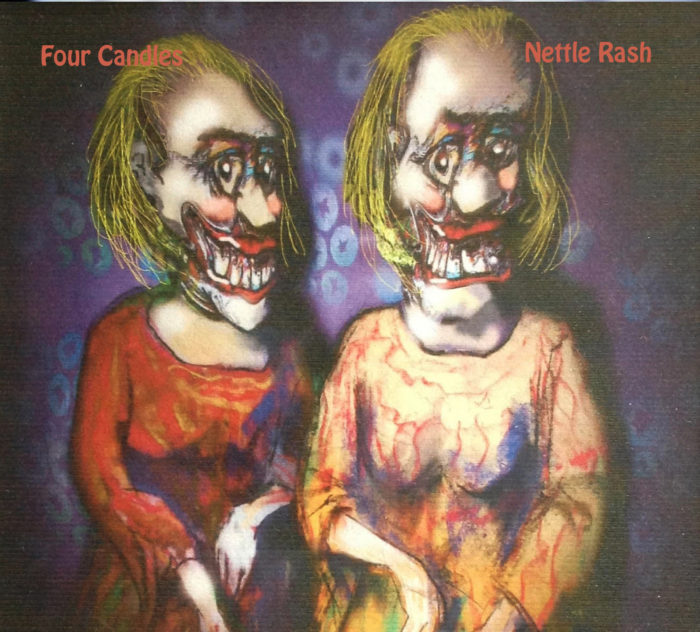 Grotesque Grudgeful Art-Rock band from Salford who ‘Spit on the BBC’… third album of beauty and anger. For Fans Of… Public Image, The Fall, The Pop Group, the Cravats, Poison Girls, difficult music, but with a heart.

(I do hate putting ‘For Fans Of…’ as a consumer guide – but I’ll do it this time as the band rarely gig outside of Manchester and have a zero budget for advertising their existence to the wider audience they deserve.)

This is a very difficult album.  The bands most overtly political – reacting to the times -and their most accomplished – but their most uncompromising… ‘Too Brutal for The BBC!’

It has moments where it is absolutely beautiful: studiously intense yet transcendental… but others when it is full of lyrical bile and musical ugliness.

It is an impressive work of idiosyncratic, purposeful art-rock – but personally, I find it hard to listen to beginning -to-end, as a full length album.

(I try to be objective, review each album as a stand-alone piece, but recent releases, Blue Orchids. Band Of Holy Joy, Am I Dead Yet? have all been such perfect complete works from start-to-finish … this has clouded my judgement or sharpened it maybe.  Great Albums should be consistent listens throughout…Shouldn’t they?)

The first four songs are cracking: Experimental yet tuneful – a slippery groove and astounding guitar-work.   Then there are three mid-album which are churning, squirming, hectoring grunge which I have to skip to get to the brilliant, emotional final song.

There are a wealth of influences – which occasionally, mischievously make themselves known:  The Light Pours Out Of Me   drum & bass pattern on Badgers and the Bela Lugosi’s Dead steal on the intro to Angels Not Angels.  Fly In My Soup – something of a sideways nod to Wire perhaps but with guitar which could well be Punishment of Luxury or the Cravats (but probably coincidentally as guitarist Mark Taylor is  not as old as the others and more a Metallica man I’m told.)

Animals Attack is the same kind of sinister waltz that Poison Girls would play whilst Volcano Burning Blue is like the burbling prog funk of Bowies Lodger.

Vikings – sounds like No Wave meets Stranglers  -a gargled howl of a vocal and some squalling guitar.

Swingers  – is a nice’n’sleazy celebration-turned-condemnation of consensual kinkiness.  Four Candles front-man and lyricist Ian Moss’ life-story is something of an open book (his biography The Man Who Killed The Hamsters is still available) so I had to pry a little…

Swingers is semi autobiographical in that I grew to understand very quickly that sex for sex sake doesn’t fill any emotional needs and gets boring and mechanical.

And then there is a song called BBC…  I spit on the BBC!

Ian has an old mate at the BBC (his first band the Hamsters only release way back was on the Cog Sinister label so you can guess who it is…) – so despite the corporation always being accused of being an Old Boy Network full of nepotism – the opposite seems to apply.  Four Candles get no airplay for being ‘too uncompromising’ it seems.  Musically FC are up there with all of the other Class of 79 veterans so it seems ludicrous to me – a relatively impartial observer- that they don’t get airplay on 6-Music.

Moss told me that he knows that [the band as well as} the album “Is a bit schizophrenic and occasionally brutal” . He tries to convince me he takes a perverse pride in the fact that they are ” Too Brutal For The BBC” but is annoyed that as well as Four Candles, bands like Flies On You and Interrobang! are ignored by the BBC, paying lip-service to new music  and ignoring bands who don’t have youth and a PR man on their side.  I tell him I agree and could name a dozen bands from Bristol, the South, all over who deserve 6-Music coverage but don’t have the ‘right profile’…

(Back to Nettle Rash!)

Whilst it is Four Candles most accomplished work to date I wish they had decided against the ‘album format’ and done a bit of judicious editing, dropping a couple songs and releasing two EP’s perhaps.

On the positive side, guest vocalists Anne and Julia from the band Matthew Hopkins and keyboards from engineer D’ing Archer have ‘expanded the aural palette’ of Four Candles.

Lyrically, all kinds of issues are covered “Ten thousand Badgers to be culled…” to ” Sex-toy with a pulse” to the suicide of Benefits claimants who’s claims have been rejected.  It’s powerful and sometimes disturbing stuff.

Sex Toy is uneasy listening. I asked Ian about the lyrics: about rent boys or coerced victims of grooming:

They Don’t Care the masterpiece of compassionate, heart-breaking political commentary closes the album and is the most gentle musically and emotionally affecting.

Four Candles seem to thrive as ‘outsider artists’ but the bulk of this album is far too good to be side-lined and ignored by the BBC who still – despite the internet – are the purveyors of taste and arbiters of cool to a regrettably greater extent rather than a lesser.

The truth is only known by guttersnipes apparently – and by Louder Than War of course.  Nettle Rash is a prickly listen – flawed but still magnificent and head and shoulders above most of what you will hear ‘on the radio’.  Give it a listen… but have some dock leaves handy!

Album cover art is Cora and Clarice by Mike Kerins